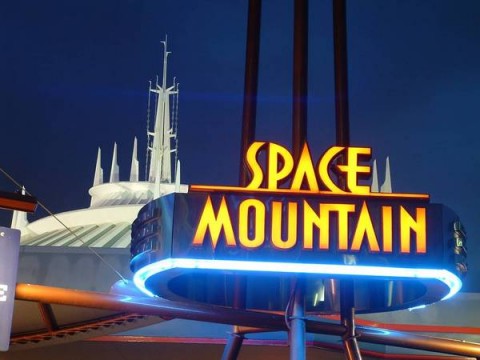 One of the greatest strengths of Walt Disney Imagineering is itsdevotion to story, but an even greater strength is the Imagineers' understanding of the difference between “story” and “plot.”

Every Disney attraction has a story, even if it doesn't always have a plot. In fact, some of the most iconic attractions in the Disney parks are the ones with the weakest traditional plots – Pirates of the Caribbean, It's a Small World, Soarin', and so on. You might not be able to say exactly what those rides are about, but you'd be hard pressed to say they aren't telling a compelling story.

You see, theme park rides are usually only three to five minutes long, so there's not really enough time to fully craft an interesting plot. This is something that Disney's competitors often have a hard time with, and, frankly, it's something Disney has had its own occasional struggles with as well (see: Journey into Imagination with Figment or the now-removed “poachers” plot line on Kilimanjaro Safaris). But most of the time, Disney has an interesting way around that problem – they create a fully-realized and immaculately themed environment and let the guests fill in the plot details for themselves.

To me, the best example of this concept is Walt Disney World's Space Mountain, which somehow manages to take a very simple roller coaster and turn it into a thrilling space voyage that has wowed guests for almost 40 years.

Here's how they do it. 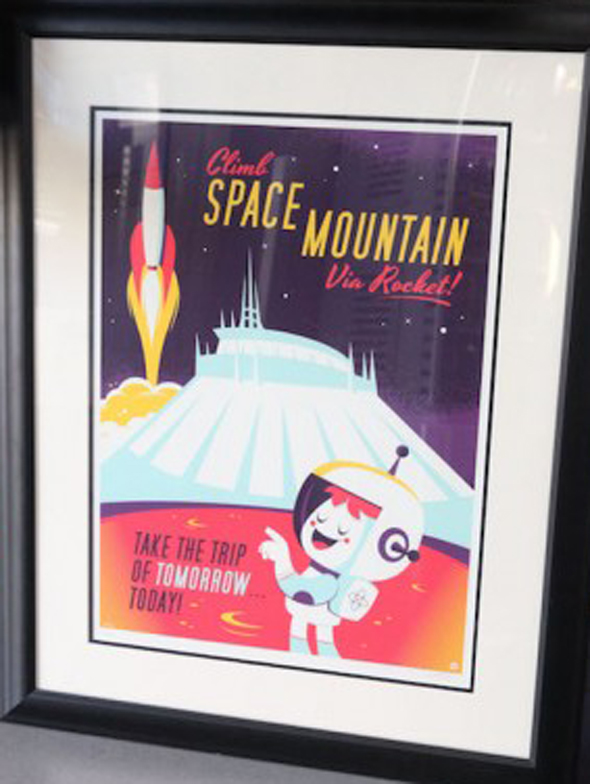 There are some attractions in the Disney parks that are so visually stunning, you can't help but feel drawn toward them. Walt Disney and his Imagineers actually coined a term for such a structure: a weenie. Weenies are large, visually appealing architectural elements that attract guests simply because they're fascinating to look at.

Space Mountain's exterior structure is, undoubtedly, a weenie. It's simultaneously futuristic and retro – sort of a perfect embodiment of the 1960s' vision of the future. Its white surface is immediately eye-catching and its strong vertical line draws the eye up toward the sky – fitting for a ride set in space.

Unlike at Disneyland, one of the most striking features of the building itself is that you can never really walk up alongside it. To board the ride, you must first enter a show building some ways away from the mountain itself. The effect is that the structure never loses its immense scale, and remains imposing even as you decide to ride it. In that way, it feels much like space itself: you can always see it, but it seems impossible to reach. 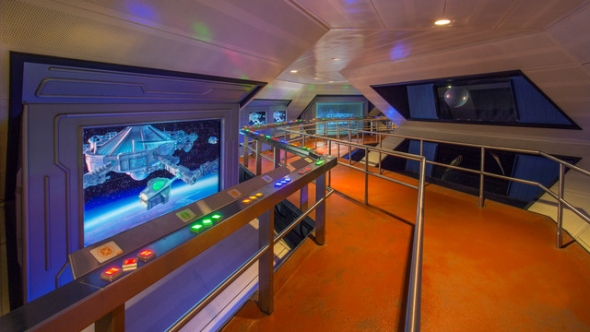 Space Mountain is actually built beyond the circuit of the Walt Disney World Railroad. In effect, this means that guests would have to cross the train's tracks if they were ever going to board the ride. Obviously, having a steam train passing through Tomorrowland wouldn't work for the Imagineers, so they decided instead to dig a tunnel underneath the tracks for Space Mountain's queue to pass through.

The result is one of the most immaculately themed queues on Disney property. The most famous section, the “star tunnel,” is a perfectly constructed vision of a futuristic space station, complete with views of star fields, galaxies, and other neighboring spacecraft.

Even with the addition of some time-killing video games in 2009, the line remains a relic of early Walt Disney World simplicity, while still providing a perfect transition from the world of the park to the space adventure you are about to depart on.

Ultimately, that seamless transition is what a queue is supposed to provide, and Space Mountain answers the call admirably -- taking you out of the hustle and bustle of Tomorrowland and dropping you into the serene stillness of space.

When Disney uses sound on an attraction, it's not simply there as a distraction. Even when you hear background music while waiting in line, it's there to help set the scene and create a rich atmosphere. On Space Mountain, that means a futuristic, sparkly, electronic vibe that fits with the thrilling nature of spaceflight.

The star tunnel's iconic score is the highlight, certainly, but throughout the ride, guests are greeted with sonic creations that perfectly match the adventurous uncertainty within. As you move deeper into the queue, the sound of intercom chatter starts to amplify, and the area feels busier and more full of life. The spaceport comes to life not only through visual elements, but auditory ones as well – adding to the emotional crescendo you experience when you finally start boarding.

And then, once you're aboard your rocket, not only are you greeted with a pulse-pounding ride, but you also hear the screams of other guests, futuristic sound effects, and the mechanical noise of the roller coaster in operation. All of these elements combine to tell part of Space Mountain's story, and to send your senses into overdrive throughout the ride.

Walt Disney World's Space Mountain is great and all, but Disneyland's really blows it out of the water.