The 6 Steps That Led to the Revival of Figment, Epcot's Most Iconic Character 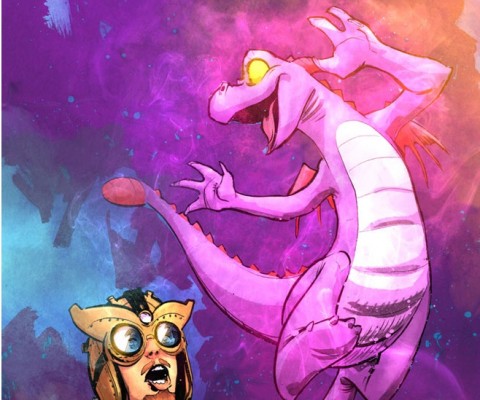 Perennial favorite EPCOT attraction Journey into Imagination has been brought to life in a whole new medium: comics. Like the Seekers of the Weird comic based on the never-built add-on to the Haunted Mansion, Figment is a five-issue comic book series from the Disney Kingdoms imprint at Marvel. Two issues have been released and so far Figment has been a wonderful ride that explores the origin of adventurous inventor Dreamfinder and everyone’s favorite little purple dragon.

I spoke with Jim Zub, the writer of the Figment comic, for Theme Park Tourist about his background with Disney, the journey that led him to pen the story of two of the Disney parks’ most iconic characters, and a lot more.

Jim Zub was selected to author Figment’s first foray into comics by Marvel editor Bill Rosemann, also editor of Seekers of the Weird, who was a fan of Zub’s previous comic book series Skullkickers. Jim said that he pitched Rosemann some ideas and soon they and the Imagineers involved with the project got rolling to make the Figment comic a reality. 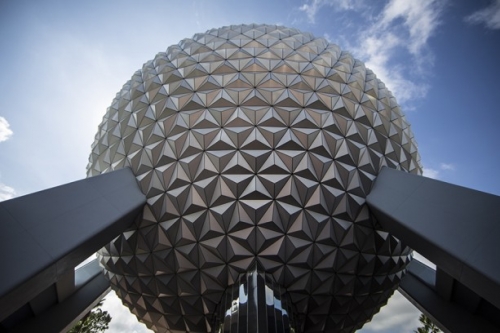 As he was growing up Jim Zub was very influenced by Disney movies, saying that the Mouse played a big role getting him interested in a career in animation. He was even involved with some concept art and illustrations at UDON Studio which were commissioned by Disney. Figment was his first work for Disney as a writer, the career for which he is best known in comics.

Jim visited the Disney parks with his family on a road trip when he was twelve, and remembered being drawn especially to EPCOT because of its dragon mascot. He even said that he was pretty sure that he still has a few Figment figurines stashed somewhere at his parents’ house from the trip he took over 25 years ago. 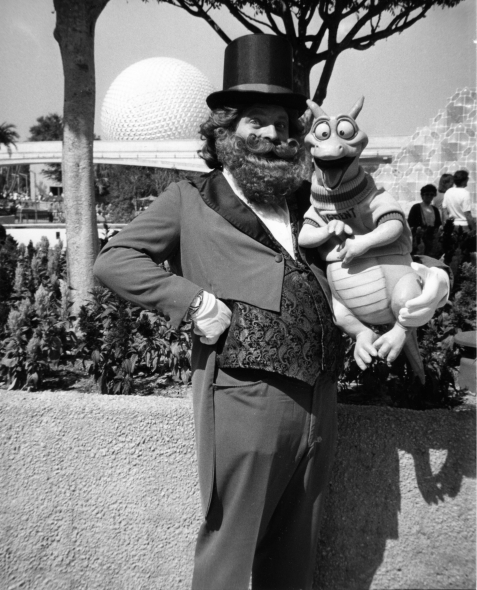 When I asked Zub if he was familiar with the history of the Disney park he told me:

“I knew about it in general but wasn’t aware of the full legacy of the park and Journey Into Imagination until I started digging in on research for this story. When I’m not freelance writing I teach various animation-related courses at Seneca College here in Toronto and one of the classes I teach is Animation History, so I have a pretty deep well of Disney knowledge, though it’s not park-specific.”

It’s clear from the Figment comic book that Jim did a lot of research into both Journey into Imagination and the Disney parks so that he could write it to the best of his abilities. A very important element of Journey into Imaginationis the multiple revisions it has undergone since its inception, each altering the story behind the ride to make it engaging to a new audience. I was glad to learn that Jim was very familiar with the changes, and that his priority was on the first version of the attraction. He said:

"As part of the research for the story I became familiar with all the different versions, even though my focus was on the original. The Academy Scientifica-Lucidus I introduced in issue #1 isn’t the Imagination Institute from the current version of the attraction, but I liked the academic backdrop so we were able to use a bit of that even though it’s not the same."