The 25 Most Incredible Theme Park Animatronics On Earth 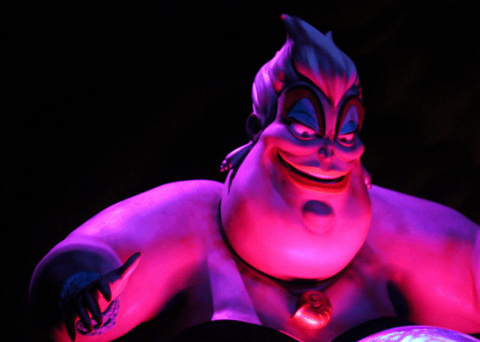 It wasn’t too long ago that a theme park attraction was lifeless without Audio-Animatronics. In fact, the number and complexity of these robotic animated figures was often proportional to a ride’s budget and success! Put simply: if you wanted to blow audiences away, animatronics figures were the way to do it.

Let’s face it: we’re now firmly inside the Digital Age. Rides like The Amazing Adventures of Spider-Man redefined what headlining attractions could be, capturing all the force, thrill, story, and character interactions of old time classics without a single animatronics figure! It was revolutionary, as proven by the fact that modern headlining attractions like Harry Potter and the Escape from Gringotts, Transformers: The Ride, Ratatouille, and Harry Potter and the Escape from Gringotts are wildly successful, richly-storied, and smart attractions – with no animatronics needed!

Even if there are more and more exceptions every day, it still seems that animatronics can be pretty securely tied to an attraction’s appeal. Here, we’ve collected twenty-five of the world’s most mind-blowing animatronics casts and figures. Each figure also has a YouTube link where we've fast-forwarded to the animatronics' starring moment for you. Obviously those videos (and our list) contain some spoilers for big moments and surprising figures! How many of our twenty-five have you encountered? 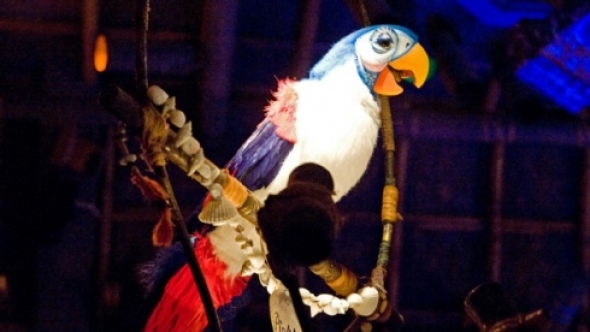 The best place to start is the beginning – the Modern Marvel: Walt Disney's Enchanted Tiki Room. This beloved Disney classic is a tropical serenade populated by 150 singing birds, flowers, and tikis with a downright "magical" musicality. In fact, the enchanted inhabitants of the Tiki Room were the first ever Audio-Animatronics, and continue to mesmerize guests as they turn, blink, and even “breathe” while singing in harmony to pre-recorded audio.

Because the technology that powered the Tiki Room was so inconcievable to audiences of the 1960s, a single bird was originally perched at the entrance to Adventureland as a "tease" of what awaited within, spieling to attract guests into the show like a barker at old-time carnivals. One of the rare Audio-Animatronics outside of rides, this macaw didn't make it long... Guests were so entranced by the breathtaking "barker bird," enormous crowds would gather around it, clogging the entrance to Adventureland and necessitating its removal! 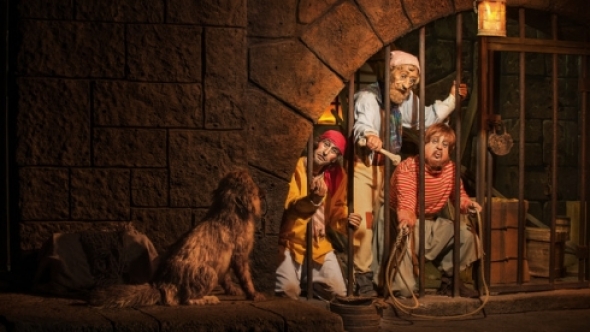 Debut: Pirates of the Caribbean (1967)
Location: Disneyland Park
Video: Inside the Fortress

Often cited as Walt's own magnum opus, Pirates of the Caribbean was the last major project in whose design and creation Walt Disney himself had final say. Disneyland's definitive version – clocking in at 16 minutes – is a masterwork of themed design with a scale to beat nearly any attraction since. Part of its impressive place in Disney Parks history is thanks to its cast of 119 Audio-Animatronics (many being human lookalikes) that literally give life to the astounding, scenic ride. The sheer quantity of figures is what elevates this attraction on our list.

Perhaps worth noting: the piratical cast has also had its share of controversial swaps. Equally intrusive to fans are the addition of characters from the long-running (and long-in-the-tooth) Pirates of the Caribbean film series, and the ongoing edits made to the ride's Audio-Animatronics in the name of political correctness. The latter – done via piecemeal changes over the last several decades – culminated in 2018 with a "reimagining" of the iconic auction scene, sending the beloved Redhead to our list of Lost Disney Parks Characters.​

One of the most spectacular and surprising "walkthrough" experiences at Disney Parks, Disneyland Paris' gorgeous fairytale castle hides La Tanière du Dragon... the Dragon's Den. The elegantly simple experience allows guests to journey into a hidden cavern where a forgotten dragon rests. Soundly asleep, the dragon stirs every few moments, twitching its claws in the stagnant water of the grotto or shifting and rattling its chains.

Once in a while, the dragon unexpectedly awakens, its pupils narrowing. When it spots visitors, a guttural, booming growl emanates from its throat... its mouth begins to smoke as if preparing to barbecue onlookers... But, seemingly remembering the futility of escape, the dragon relents and puts it head back on the ground, frustrated. The Audio Animatronic is easily one of Disney's most impressive and it's surprisingly complex, with the most minute motions in its seamless and fluid movement. 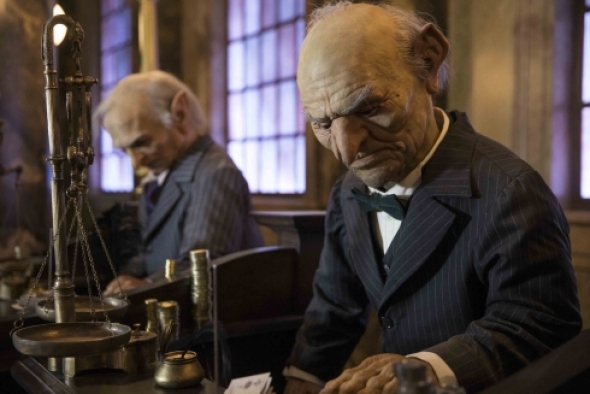 Sometimes the most powerful message is none at all. Such is the case with the many goblins inhabiting the marble and granite interior of Gringotts' lobby used as the queue for the Escape from Gringotts attraction in the Wizarding World of Harry Potter – Diagon Alley. As guests pass under the towering crystal chandeliers of the bank, they step right between towering podiums occupied by miniscule goblins, each working away at their accounting and measuring. The goblins write on scrolls, glancing up every so often to glare at guests in line before returning to their work.

Their silence speaks louder than words, and the almost-eerie humanoid creatures don’t have much to say until the end of the queue, where the lead goblin rushes guests off to the elevators without a hint of welcome in his voice. Outside, along Diagon Alley is the Gringotts Money Exchange, where a digitally puppeted animatronic goblin answers questions of visitors… so long as they exchange their Muggle cash for Gringotts bank notes (cleverly disguised Universal Orlando gift cards) at his teller station. 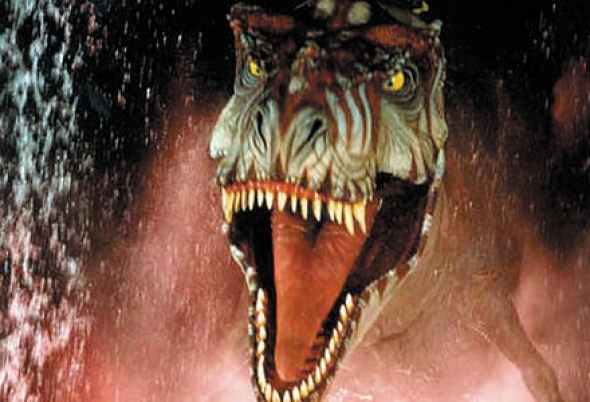 We'll return to the "gigantic reptile" category for our next entry. When Jurassic Park: The Ride opened at Universal Studios Hollywood in 1996, there was no question as to which dinosaur was the star... After a tranquil journey through herbivore habitats was accidentally set off-course by a playful hadrosaur, riders found themselves drifting through the industrial environmental systems building. To the tune of screaming radio chatter and an eerily pleasant countdown to the termination of life support systems, a looming waterfall would part to produce the T. rex itself, swinging forward, throwing its head back, and snapping its jaws within inches of the boat just as it hit an 85-foot drop.

As you'd expect for the studio park, Jurassic Park was ceremoniously upgraded to the much hotter Jurassic World in 2019, skillfully blending the old and the new. Even though the new series' fantastical Indominus rex appears in the updated grand finale, it's still the tireless T. rex that serves as the climactic encounter... and an astounding Audio Animatronic in its pop-up appearance, its surprising realism, and its proximity to guests and their final freefall.

I so miss the days of the 'real' Yeti at Animal Kingdom. Nowhere near the same now.

The cowboy (forget who its supposed to be...) in the American Adventure at Epcot is very cool. I love every time when he spins his lasso. Mr. Potato Head at Toy Midway Mania at Hollywood Studios has issues sometimes... we watched him take his ear out, miss putting it back it, so he kind of just dropped it on the floor. And that 'disco Yeti' is fooling no one. Fix it!!!

There was a robot in the pre show to Walt Disney World magic Kingdom Alien Encounter (now closed) that was simply incredible! It's movements and expressions were so real.

What about the Dragon in Harry Potter and the forbidden journey ?!!!

Where is the Dragon who is under Sleeping Beauty castle in Paris? I think that is impressive, too. Maybe not as Imothep or the Dwarfs, but still great