10 Completely Unoriginal Souvenirs EVERY Theme Park Tries to Sell You 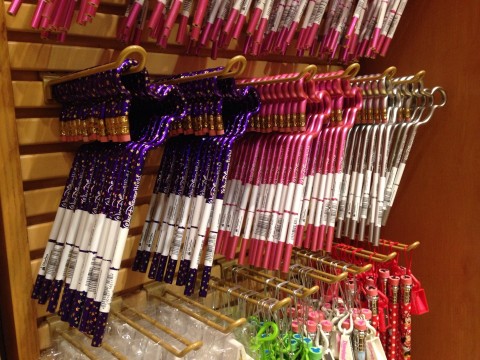 Every theme park has its own niche of licensed characters and signature attractions, but some things remain the same. They’re all filled with overpriced food, awestruck tourists, and an overabundance of souvenirs that give you the chance to take a piece of your vacation home.

While many souvenirs are incredibly original, others are so predictable that nearly every theme park in the world offers them in one form or another. A quick disclaimer: while these items aren’t overly unique, there’s nothing inherently wrong in purchasing them. In fact, if you want a complete collection of something that you can find in every theme park you visit, many of these will give you great options. Here are some of the top totally predictable finds that grace souvenir shelves. 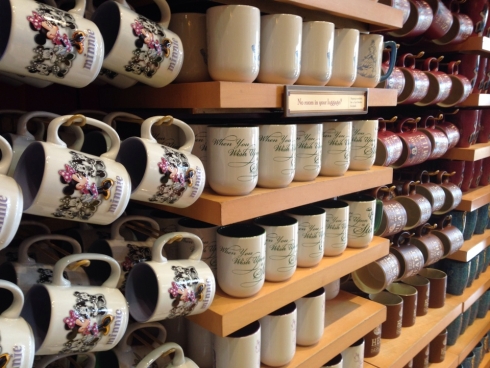 Mugs are not only a classic souvenir offering in theme parks, they’re also a popular pick for gifts to give those unlucky friends and family members you left back home. Theme park mugs usually come in two varieties – those with popular characters on them, and those with *gasp* your very own name (as long as you have a fairly common name in a completely traditional spelling.)

The good thing about theme park mugs, however, is that they usually cover the whole gamut of possibilities, from the grumpy character who hates mornings and has something witty to say about it, to the year mug so you’ll never forget exactly when you visited. 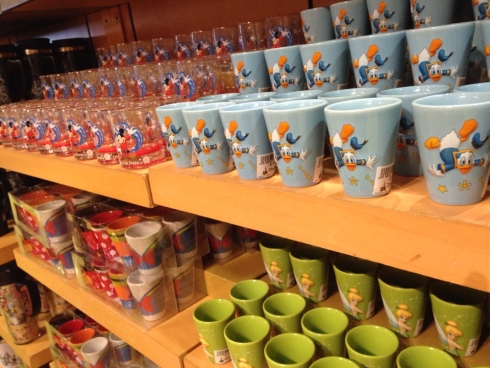 Shot glasses, or “toothpick holders” if you’re at Disney, are an essential feature on any souvenir shelf. Granted, the phenomenon isn’t unique to theme parks, because really it’s important to drink from glassware emblazoned with images from all the places you’ve been to. If you don’t have room in your bag for mugs for all your friends, try these tiny portable gifts instead. 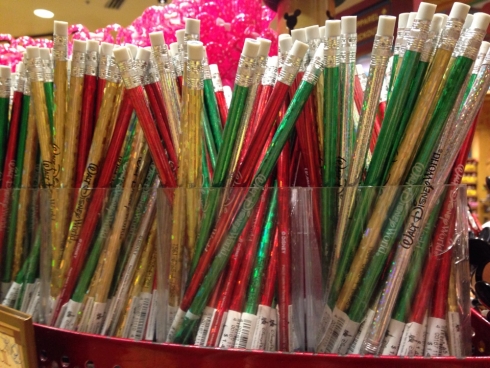 Pencils are an overwhelmingly popular option at theme parks. You can stock up on simple foil-wrapped pencils with the name of the park written along the side, or get one that’s twisted into a fun shape at the end. You can even find gigantic novelty pencils that are next to impossible to write with, though they sure look fun. Though pencils are cheap and functional, their one big drawback is that if you plan to actually use them, you will eventually sharpen them down to nothing, so this isn’t a souvenir that’s made to last. 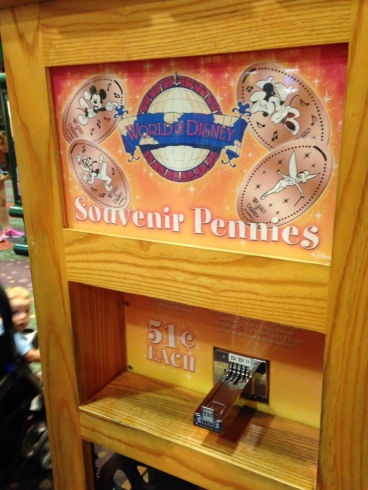 Pressed pennies are incredibly popular as a theme park souvenir. So much so that you can get special albums just for storing and displaying them. At 51 cents a pop in most parks, this souvenir is a real bargain compared to your other options. Though hardly an original option, they’re perfect for documenting your travels to different locations. 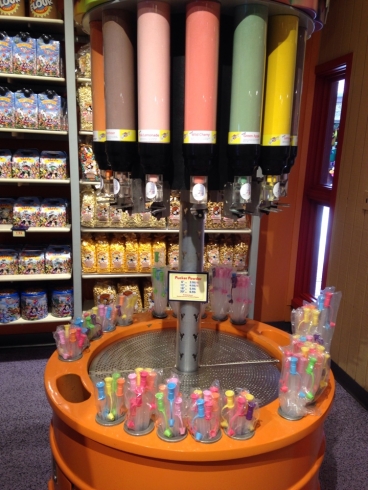 For some reason, nearly all theme parks sell gigantic plastic tubes that you can fill with various flavors of colored sugar. Because really, children don’t have enough energy when they’re at a major park to begin with. Available in sizes ranging from “brief sugar rush” to “all night insanity,” these DIY sticks of candy are, admittedly, as fun to fill as they are to eat.

I think these are popular souvenirs because they either have a practical purpose outside the parks and/or the are small and lightweight and easy to slip into the luggage without generating more fees at the airport.

If purchasing snow globes, remember to pack them and not put them in your carry on. Fortunately we had time to leave the line at the airport and have The Disney Store ship ours home.

Umm... what about T-shirts?

I remember for my birthday one year my husband drove all the way from Lakeland to Brandon to the Disney store to buy my Winnie the Pooh mugs. I still have all 3 and don't drink coffee so they only get used in winter for hot chocolate. We never really buy souvenirs when we go to any of the theme parks but then again we live right between all of them lol

My wife is a big fan of stones as she is a believer in the various healing or protective power certain ones have. You won't find her just scooping up a bunch and tossing them in a bag. She will spend 20 minutes combing through the bin to find exactly what she wants.