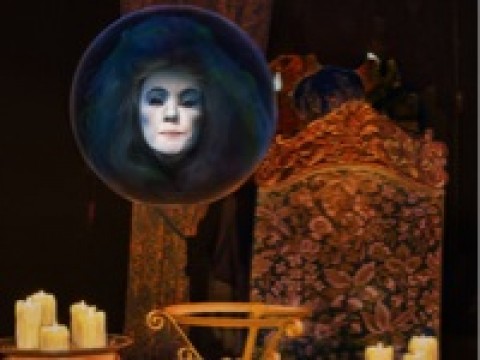 There's not just one version of the classic Haunted Mansion ride: each park's version is a bit different.

Disney Parks' Haunted Mansion has a long history, dating back to the 1950s when Walt Disney was first thinking of building a modestly-sized (11 acre) "Mickey Mouse Park" in Burbank California near the Disney studios. In Harper Goff's early concepts of the park, there was a church with a graveyard with a decrepit "haunted house" looming on a nearby hill. Though the haunted house idea didn't make it into the original plan for Disneyland, when the park was a hit Walt decided to expand into a New Orleans Square area that would include the old haunted house idea... and that's where things started to get dicey.

The subsequent concepts by Ken Anderson called for a run down manor antebellum manor house that Walt scoffed at, not wanting something so run down in his otherwise pristine park. The Haunted Mansion existed in limbo for many years, with numerous stories written for it. Was it to be home to a murderous sea captain, the tragic Blood family, or the headless horseman himself? Should the attraction be scary or should it be funny? In the end, imagineer X. Atencio combined many disparate ideas from others to create a Haunted Mansion much like the one you'll find today at Disney parks.

Because Atencio was drawing from source material that didn't always quite fit together, the Haunted Mansion's story isn't quite a coherent narrative and the ride's tone zigs and zags. But that's not to say that the Mansion's other ideas have been lost to time. In fact, if you want to see what the Haunted Mansion would have looked like if the imagineers went a different direction, you need look no further than the Haunted Mansions as seen in Disney parks world-wide, all of which are a bit different. 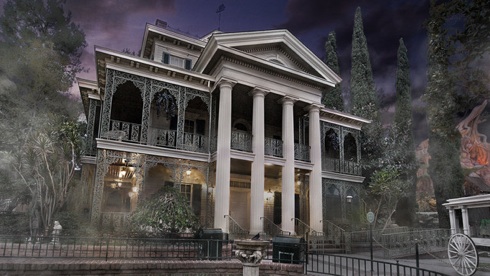 The version that started it all, Disneyland's Haunted Mansion was built as a New Orleans style manor house to fit in with the newly constructed New Orleans Square. The building's exterior was finished by 1963 and outside hung a sign welcoming restless spirits to sign up for "post-lifetime-leases" at this retirement home for ghosts. By this point, imagineers still hadn't decided just what would go inside the ride and the empty building teased guests for years.

Disneyland's mansion is the version that all other Haunted Mansions are based on, even when they differ. The tricks Imagineers used to make Disneyland's mansion work have been replicated — in some cases, quite literally — at parks around the world. One example is the stretching portrait gallery, which was designed specifically to overcome a technical problem: the modestly sized mansion wasn't large enough to fit the entire ride. Therefore the stretching room is a way to lower guests below the berm encircling the park and lead them into the building that houses the ride, all without guests realizing they've gone beyond the park's boundaries. Even though this trick isn't necessary at other parks, which have enough space not to need it, it proved popular enough that it's been replicated in most versions of the mansion. 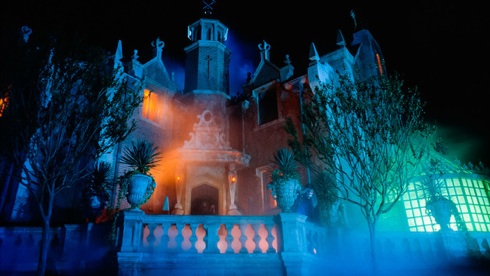 On the outside, however, the two versions of the mansion couldn't be more different. While the southern plantation house style of Disneyland's mansion fits perfectly with New Orleans Square, Magic Kingdom has a Liberty Square instead — and to fit the Haunted Mansion into its new home, it needed a major architectural overhaul. The mansion here is a sprawling building in the Dutch Gothic Revival style and the ride itself is housed (mostly) within the building you can see (though more of it is hidden past the treeline).Otherwise, the mansion has a couple of extra rooms (a library and an Escher-inspired staircase room) plus a recently-added interactive queue area.