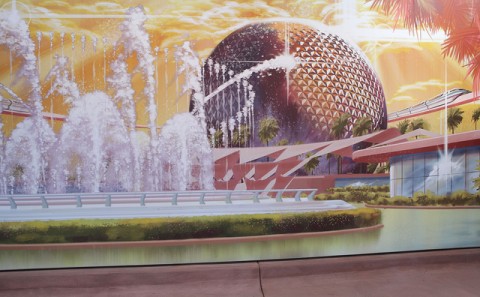 The Epcot of today is almost completely different from the Epcot of 1982. Sure, there are the cosmetic differences -- the name, the Leave a Legacy sculpture, etc. – but there have also been larger, thematic changes to take place throughout the park's 32-year history.

Epcot is divided into two lands: Future World and the World Showcase. The only problem? Future World is not particularly concerned with the future anymore.

Attractions like Soarin', The Seas with Nemo and Friends, and Journey into Imagination with Figment are barely even realistic representations of the present. That's not necessarily a judgement on their quality, but that they simply don't conform to the ostensible mission of Epcot's front-half – that is, that you'll learn something about the world of tomorrow.

The present-day attractions that do concern themselves with the future do so in a cartoonish, unrealistic manner. Mission: Space for all its technological advances presents a rather pedestrian story: you're simply training for a mission to Mars that could presumably happen today with the proper funding. The ending to Spaceship Earth is, quite literally, a cartoon version of what your life might be like years from now.

But the Future World of the 1980s and 1990s was far more ambitious. There were multiple attractions whose purpose was not merely to present an accurate view of the future, but to excite guests about the possibilities it would provide. These rides and attractions weren't meant to be overly silly diversions, but rather an inspirational and aspirational look beyond the present.

One of the main reasons Disney stopped making attractions about the future is that the cost of upkeep is far too high. At some point, the future comes to pass -- then what? Do you update the ride? Replace it? Leave it be? And what if the future you predicted was wrong? Is that disappointing? Embarrassing? Maybe it's just easier to avoid the topic of “the future” altogether.

Well, believe it or not, Walt Disney Imagineering made some predictions about the future in the '80s and '90s that actually were pretty spot on. 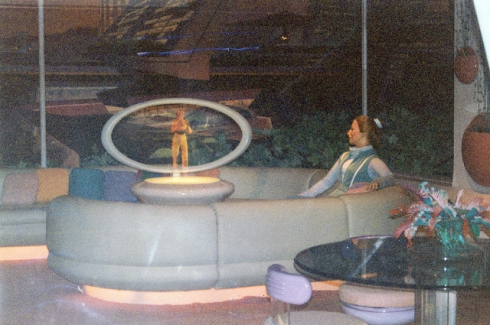 HorizonsVideo calling on Horizons (image via Flickr, by Sam Howzit)

For whatever reason, Imagineers (and, to some extent, the general public) were obsessed with the idea of video calling in the '80s and '90s. It showed up in Spaceship Earth, Communicore, and was even a key storytelling device in the lovingly-remembered Horizons. The future, according to Walt Disney Imagineering, would be built around face-to-face communication.

The amazing thing about Skype, FaceTime, and other video calling services is just how ordinary they feel to us today. We can FaceTime our parents. We can interview job applicants over Skype. The technology isn't just simple, it's become completely ubiquitous.

Even the somewhat ambitious features of video calling, such as Spaceship Earth's use of translation, are fast becoming a reality.

Video calling is a rather simple idea, and one people have thought about for generations, but now it's here. It's real. And it has, indeed, changed the way we interact and communicate.

4. WorldKey was basically a smartphone app

When Epcot opened, there was an army of digital terminals around the park called “WorldKey” kiosks. They were, essentially, touchscreen computers that offered information about the various pavilions and the ability to make restaurant reservations for any of the World Showcase restaurants.

The systems themselves were operated off laserdiscs and even boasted a fiber-optic connection that could provide two-way video communication (there's that video calling again) between the guests and a cast member – just in case they needed a question answered.

If this all seems familiar to you, it's because you can do almost all of that with the item in your pocket: your smartphone.

Disney's MyDisneyExperience app provides park maps, showtimes, and restaurant reservations to guests anywhere on the Disney property. The technology may be different, but the idea is the same: bringing information to the guests in an interactive and simple manner.

The fact that both use a touchscreen is simply a coincidence, of course.

Excellent article! I loved the idea of EPCOT's thesis bringing the world together through open communication! It was great up until the last part of the final sentence. I hope in the future we will be able to change the world through open communication, but it is far from easy! Until people across the world accept each other's differences, change will never be easy! It will take a lot more than technology to bring about the acceptance of world-wide diversity! That is my hope for the future!