The 6 Worst Disney Vacation Club Resorts (That Are Still Incredible)

The Disney Vacation Club is a Disney fan's dream come true. Not all properties are created equal, though. Here are the ones we like the least.

The Disney Vacation Club has become much more than curiosity since its inception in 1991. Ostensibly a timeshare, the differences between this particular vacation residence purchase and the more standard mortgaged properties is simple. A person does not own a piece of property from now until the deed is sold.

Instead, these are housing purchases that expire after a few decades. Currently, contracts run through at least 2047 and as far as 2064. Unless you eat well, drive safely and are under the age of 30, odds are strong that by the time your DVC membership expires, you will be long past your amusement park days.

The premise of the Disney Vacation Club is effectively a lifetime contract for visitation at Disney theme parks in exchange for a negligible vacation fee each year. In exchange, customers purchase points that are leveraged into extended hotel stays at the finest Disney properties. To be clear, I am not talking about the All Star Resorts. No, I mean the company’s highest end properties including the Grand Californian Hotel & Spa at Disneyland and The Grand Floridian Resort & Spa at Walt Disney World. These are properties that have rack rates north of $500 a night.

A DVC member can buy enough points that they can stay for a week (or more) without any additional financial outlay beyond the initial expense and the annual maintenance fees. Unlike every other timeshare in existence, DVC ownership has increased in value over the years. Even better, members receive additional incentives such as discounts on annual passes, restaurant and store purchases and even rounds of bowling (!). For years, my older brother begged me to join and I finally succumbed to peer pressure. Suffice to say that I am not only a DVC member but also a zealot.

I would be exaggerating if I were to say that picking one’s favorite Disney Vacation Club resort is akin to picking your child. After all, when is the last time your child brought you a room service meal? To a larger point, no company as revered as Disney would risk their corporate brand on an inferior property. Similarly, they would not charge $350+ a night for a room unless they felt that the accommodations justified the expenditure. Ergo, all of the locations I list in the “Bottom Six” are still the envy of the hotel industry. Anybody staying at a Holiday Inn tonight would betray their closest ally in order to stay at any of these locations. It says a lot about the Disney Vacation Club that these are “worst” of the bunch.

Note: We picked out our favorite DVC resorts in this recent article. 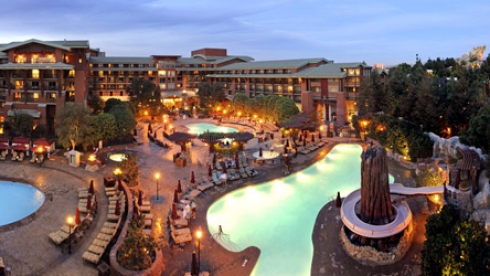 A resplendent view from the Grand CalifornianDisney resort pools are breathtaking. Image © Disney

In counting down the "worst" properties, I begin with a location that I just praised above. In doing so, I reinforce the notion that the worst DVC option is still exemplary. The Grand Californian Hotel & Spa is a signature Disneyland location that has been owned and operated by Disney since its inception. It was also the first park to include direct park access from the facility, an idea that has since been implemented with multiple properties at Walt Disney World. The hotel has earned continued recognition over the years for its design, features, spa treatments and (especially) restaurants.

Given the above, its placement in the bottom half of the list must be confusing. The explanation is simple. I am a fan of Walt Disney World much more than Disneyland. So while the Grand Floridian is the flagship property of Disneyland, it falls short due to its location on the wrong American coast (for me at least...of course, your opinion may differ!).

5. The Villas at Wilderness Lodge 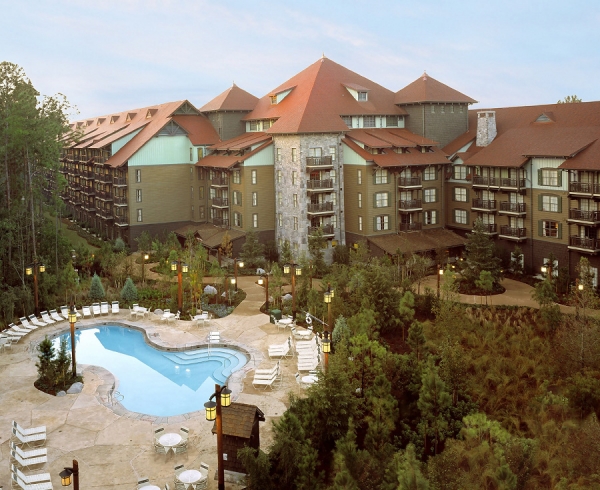 This location claims the best lobby of any DVC property. I would add that it probably has one of the best 25 lobbies in the entire world. The entire foundation is built with wood, and the logs create a picturesque, homey setting. The entire experience is majestic while simultaneously humbling. I am 6’4” yet I feel like an ant when I gaze up at the rustic architectural achievement that is Wilderness Lodge. The property also claims one of the best pools of any Disney hotel. And it has the foot traffic to prove its popularity. In my experience, only Beach Club Villas has a more crowded pool.

The Wilderness Villas resort was a big fish in a small pond for an extended period of time. Prior to 2009, it was the only DVC property located close to Magic Kingdom. Now that Bay Lake Tower and Grand Floridian are available with Disney’s Polynesian Resort adding DVC villas next year, Wilderness Lodge has lost its primary competitive advantage. Its demand has waned a bit in recent years for this reason.

The property’s negative, the reason it is on this list, is simple. Travel from Wilderness Lodge to other primary locations at Walt Disney World is problematic. There are boats and buses to various theme parks. The travel time is longer because Wilderness Lodge is off the beaten path, and the arrival of buses is inconsistent at best. We once sat on a dock for a full hour, anxiously awaiting transportation to Magic Kingdom – and it’s ostensibly the closest park. Anyone who wants the ambience and isolation but doesn’t mind travel concerns will love this property. Personally, we think it’s a wonderful location, especially after the recent room refresh, but it doesn’t suit our tastes. Your mileage may vary as we live in the mountains near a tourist area swarming with similarly styled rustic resorts. 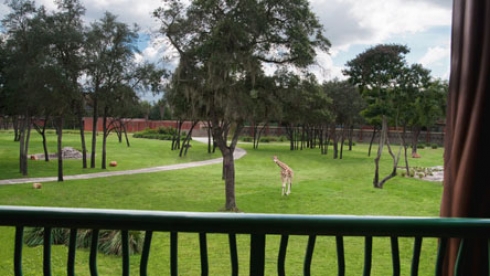 This ranking hurts me because I admire the Animal Kingdom Villas for their audacity. Someone at Disney once stood up during a business meeting and said, “Let’s build a hotel where we let animals roam freely on the property.” And they argued their belief so passionately that any would-be opponents eventually succumbed to their philosophy. The result is a singularly unique vacation experience.

Anyone who stays at Kidani Village or Jambo House is rewarded with an unforgettable view. Giraffes and zebras are standing outside in plain sight. A person can (and should) sit on the deck of their hotel room and enjoy the view while drinking his/her morning coffee. It is thematically perfect with the overall concept for Animal Kingdom itself. Pus, Disney stacked the deck a bit by recreating a variation of the Wilderness Lodge lobby in their new hotels, a thematically correct decision. People who stay at this hotel will have memories that will last a lifetime, and I am not being hyperbolic when I say that.

Funny, most DVC folks love DVC because it is not connected to the noisy WDW parks. No lines, no sweat, no running around trying to get to a dining reservation or attraction reservation with the family detractor of a magic band. Just quiet coastal resort with good food and drinks. Paradise to some. Not if you plan on going to the over stuffed and over priced Magic Kingdom.

We have belonged to DVC since 1993. Best investment we ever made, has tripled in value since then, but that is not why I say that. OKW was the first and the rooms are the largest on the property. You can park right in front of the building anytime, day or night. Access to everything is close by, Pools are busy but not so bad you won't want to go. Stayed at AK villas, animals were great but took forever to get to our rooms, valeted all the time. We're heading back in time for New Years. Found HILTON HEAD dark and dreary. Give me OKW every time.

The Grand Californian is one of the best places I have ever stayed hands down! So disagree there. My wife would agree about AK because it's far out there, but is beautiful and love the pools and animals. WL does feel like an afterthought which it was, would have liked a more direct connection to the main building. That is the only negative there. SS is just crazy spread out if you dont have a car is our dislike.

I live in Vero Beach, & have been to Vero's Disney Resort many times. You're really choosing a 'bug infestation' as a reason to make this resort top a worst list? Seems like a weak stretch just for the sake a writing an article. Yes, there are no-see-ums here, however...they are rarely a problem. Maybe you need to do a bit more research.

Vero Beach is our favorite place to vacation and relax. I have been many times and have never had an issue with noseums (however you spell it). If you are visiting in the summer months please use some common sense and use a bug repellent. It's location is supreme having it's own private beach. Vero Beach is beautiful and a nice change of pace from other crowded, touristy beach towns. I love the activities for kids, pool, splash park, mini golf and biking trails. The campfire with s'mores at night is a favorite for my kids. We have such wonderful memories there. I think this was an extremely short sighted and not well researched article. Such a shame for anyone who listens!!