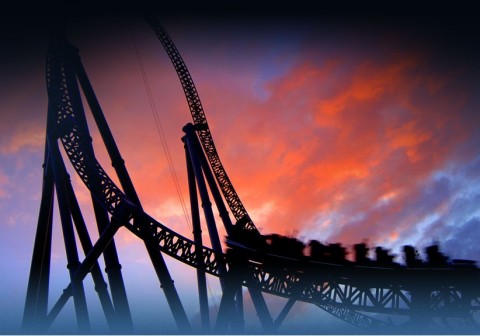 Summertime is an exciting few months for the UK theme parks. Opening hours are longer, nights are shorter, weather is warmer (well, hopefully), and the theme parks are home to extra ride hours and special events galore. Don’t let the peak season crowds put you off visiting some of the best theme parks in the world this July.

With Angry Birds Land now settling in at the resort, it’s been quite a quiet month for Thorpe Park.

Reserve 'n' Ride, Merlin’s latest virtual queue-jumping strategy, trialled at Thorpe Park Resort on its top five roller coasters - Nemesis Inferno, The Swarm, Stealth, SAW: The Ride, and Colossus. Along the same lines as Disney’s FastPass+, Reserve 'n' Ride allows park guests to book a slot on their chosen attraction, using their smartphone. If you were among the tiny minority of Thorpe Park guests that don’t own a smartphone, you were able to take advantage of Reserve 'n' Ride at kiosks located throughout Thorpe Park in the Dome, Nemesis Inferno, The Swarm, or Colossus. 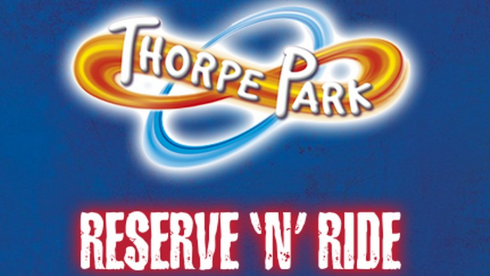 While the new system is free at the moment, it’s very likely in the future that we will see Reserve 'n' Ride available at a cost, and who knows - maybe even at other Merlin parks, if it proves to be a hit at Thorpe Park. Regular, paper Fastrack tickets were available for other attractions not included in Reserve 'n' Ride, as well as on the days Reserve 'n' Ride wasn’t available on the top five coasters. Thorpe Park seem to be taking its time with the trials of the new system, so don’t worry - if you are in favour of the current, paper Fastrack tickets, it’s probably going to be a while before any sort of major change is made.

On Sunday, June 8, athletes of all backgrounds arrived on site at Thorpe Park to take part in the first of three triathlons the resort is hosting in 2014. In association with Tri Project, the theme park is holding several 2014 triathlon events, after a very successful trial run in 2013. After swimming 750 metres (0.25 miles) across one of Thorpe Park's lakes, cycling 20k, (12 miles), and a 5km (3 mile) run, participants were free to spend the rest of the day at the park taking on the rides with their family and friends - I’m sure we all agree this is one of the best ways to wind down after a very challenging event. The next triathlon event at Thorpe Park takes place on Sunday, July 6, so let's hope the sun shines and the typically British rainy summer weather holds off for the athletes!

Saturday, July 5 will bring us Thorpe Park's next massive Ministry of Sound event - Marbella Sessions. Tickets are £25 (£15 for Annual Pass Holders), with selected rides open from 8pm-11pm and the club event open from 8pm-3am.

The biggest piece of news from Thorpe Park for July is...Summer Nights is returning! The popular Summer Nights events will kick off on Friday, July 11, running every Friday and Saturday, August 30. Despite the events being quite quiet last year, and only running on a select few dates, Thorpe Park really seems to be pushing Summer Nights for their 2014 season, going all out this July and August. Gates open at 7pm and the park is open until 10pm. Like last year, a few food and shopping outlets are open. There is one difference this year, however: the beach is open, and Summer Nights guests are encouraged to chill and make use of it throughout the evening.

Unfortunately, even if you are a Merlin or Thorpe Park Annual Pass Holder, you need to pay £5 for entry. This has caused a little bit of grumbling among regulars in the past, and is commonly compared with free Fright Nights entry for Merlin Premium Pass Holders (which remains at £5 for Standard Pass Holders). Who knows, if numbers don’t go as well as planned, in 2015, they may revise this to be free entry. We’ll have to wait and see. 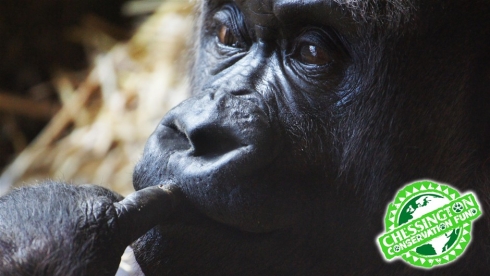 Chessington hosted a Wildlife Conservation Evening on Saturday, June 28 - to raise money and awareness for its Chessington Conservation Fund. Tickets were £6 for adults and children (same price for Pass Holders), and included entry to the zoo, a variety of animal feeding and presentations, and an auction of meet and greets with some of Chessington’s most popular animals.

The park welcomed a new addition to its world-class zoo this June - a lioness named Rani has joined the Chessington big cat family. those wanting to meet Rani (well, through the safety of the enclosure's fence) can head over to Chessington's Zoo. Hopefully Rani is settling in well, and who knows - we may even have some cubs in the future.

Finally, construction continues on Azteca Hotel - Chessington’s brand new investment for 2014. Due to open in August, the Azteca Hotel will be Chessington’s second on-site hotel but first hotel to be built by the theme park. The current Safari Hotel used to be part of the Holiday Inn chain as Holiday Inn London Chessington, but as of the 13th of May 2014 it is now run by Chessington World of Adventures. It seems as if the resort is looking to take full control over its accommodation, and with two heavily-themed on-site hotels by the end of August, this is a definitely positive step in the right direction.

Chessington seem to be playing it safe and keeping the opening of Azteca to just August 2014, with no specific opening date yet. This is most likely to keep flexibility - should there be any last minute delays, however it goes without saying they will be aiming to open as soon as possible; considering Chessington’s target audience is families and August will be peak school summer holiday season.

Lastly, you may remember several months ago, when Merlin announced its 3 new Annual Passes - each with a different design and perks. Well, earlier in June, after a lengthy delay, Merlin finally confirmed the details of their most elite and exclusive pass option - the VIP Merlin Annual Pass, and as of June 18, it went on sale.

Those of you lucky enough to part with £500 for an individual pass, or £400 per person on a family pass, will be rewarded with some of Merlin’s most "spellbinding" benefits - not only does the pass include unlimited Fastrack tickets, a year round unlimited supply drinks capsule, and "Golden Ticket" experiences, like a champagne flight on the London Eye, but they have gone one step further and entry to Merlin’s ever growing collection of global attractions is also included (currently, there are 100). Priority parking isn’t included everywhere, but is where priority parking actually exists (Alton Towers, Warwick Castle and Legoland Windsor), and standard parking covered at Thorpe Park and Chessington. With only 1000 VIP passes on sale, it will be interesting to see just how well this extremely exclusive pass sells.

Sounds like a dream, doesn’t it? You’d have to travel an awful lot to make the most of its free international attraction entry; and at busier times to benefit from the Fastrack, two inclusions that only the VIP version has, but wherever you go with this pass, it honestly sounds like you’d have an unmatched exciting and magically exclusive experience.

June and July are a very exciting time for the UK parks - and offer plenty of opportunities to make the most of the long days and warmer summer temperatures. Whether you are cosying up to the new lioness at Chessington, taking the kids to meet Emmet and Wyldstyle at Legoland Windsor, or braving it backwards on The Swarm at Thorpe Park in the warm night air, you will without a doubt, have a summer to remember at our world-class theme parks.