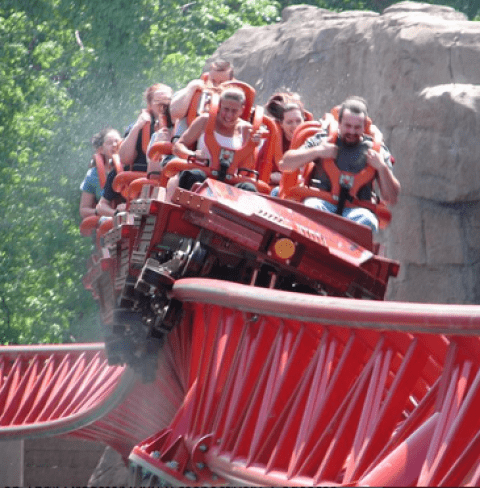 Talk about living in an era of extremes! It wasn’t too long ago that theme parks seemed to be entangled in a bloody feud to hold the most records. Roller coasters suddenly became taller, faster, steeper, and more expensive with parks proudly advertising their “world’s biggest,” “highest,” "longest," "fastest," and “only” attractions across the nation.

In the past few years, we’ve seen the opening of the world’s longest inverted coaster, tallest winged coaster, and tallest, fastest, steepest wooden coaster. In traditional style, Cedar Point even announced that next year's Valraven will be the the longest, tallest, fastest diving coaster on Earth. That's a lot of superlatives, and that's just the way the park wanted it. And make no mistake: the constant race to build "tallest, fastest, steepest," coasters has been a rush! It’s a just-for-fun arms race that has produced some incredible attractions over the years.

But not all rides gave into the rat race to climb to record heights! Here, we’ve collected six unique roller coasters that bucked the trend to prove that world records aren’t necessary to make an incredible ride. These stunning coasters leave riders breathless, no record breaking required! 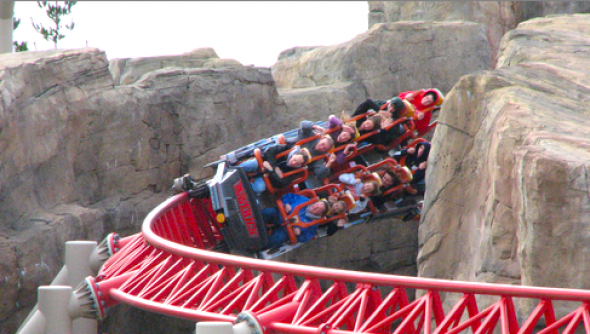 Cedar Point is perhaps the most well known Mecca for coaster lovers in the world. The mega-park in Ohio was the first to break the full-circuit 100-foot, 200-foot, 300-foot, and 400-foot height barriers with Gemini (1978), Magnum XL-200 (1989), Millennium Force (2000) and Top Thrill Dragster (2003) respectively. Eager for another record-breaking follow-up to an already impressive list of coasters, enthusiasts across the world were stunned when Cedar Point announced 2007's Maverick, with “only” a 100-foot drop and two measly inversions.

Had Cedar Point lost its touch? No – they just changed the game. Maverick (themed to an Old West buckin’ bronco) threw the rulebook out the window, with a compact circuit that lies mostly at ground level, swerving perilously through canyons and twisting violently along the ground. The coaster’s more-than-vertical first drop (95-degrees) kicks off a manic coaster circuit that does more than its “small” first drop lets on. Occasionally, the ride leaps into the air before diving back into trenches. Halfway through, the coaster comes to a stop in a hidden mine before launching instantaneously to its highest speed, blasting out of the cave, and making a magnificent sweeping helix around a lagoon as gunfire ricochets off the water.

Verdict: Being the shortest of five siblings doesn’t hurt Maverick. In fact, it might’ve given it an attitude problem that riders like. It may not be 500-feet tall, but Maverick proves to unsuspecting riders that less is more... especially in the front row. 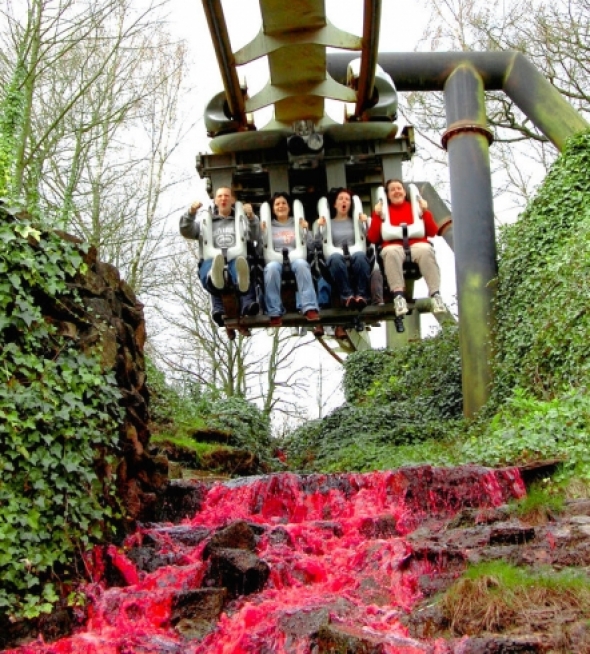 There’s nothing particularly daunting about the 42-foot high lift hill on Nemesis, the B&M inverted coaster at England’s Alton Towers, but there’s more than meets the eye with this insane coaster. Alton Towers is indeed one of England’s most incredible parks full of its own record-breakers, but it’s restrained by a local ordinance that requires none of its rides to rise above tree level. Nemesis complies, with its lift hill built into a forested hill, only rising a few dozen feet above the ground at the hill’s apex. However, the ride immediately dives into an entire system of ravines and caves carved out specifically for the coaster (in fact, the landscaping cost as much as the coaster itself).

Riders narrowly skid through caves and roll over waterfalls and lakes of blood (a purposeful design element, they tell us…) in the post-apocalyptic landscape built for the coaster. By time the ride reaches its roaring climax, you’ll have endured a coaster that doesn’t let up in intensity from start to finish, and features four in-ground inversions. Not too shabby for a 40-foot tall ride that barely has a traditional "first drop" at all!

Verdict: Nemesis proves that the numbers don’t tell the whole story. It’s widely regarded as one of the best inverted coasters in the world. 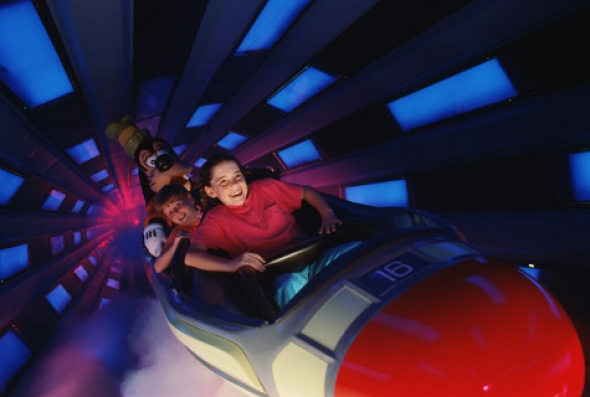 If you’ve grown up as a Disney Parks lover, chances are some of your earliest memories of the parks are being scared of Space Mountain. Maybe you even thought you were in space! One thing is for sure: the breakneck speed of the coaster remains a lasting memory of one of the more intense coasters you’ve been on, right? Problem is, Space Mountain at Magic Kingdom only reaches speeds of 27 miles per hour. Yep, the painfully dull speed you’re limited to in residential neighborhoods is the top speed of this Disney classic.

Of course, the Imagineers at Disney knew how to counteract the coaster’s slow speed and relatively simple, Wild-Mouse-style layout. By placing the coaster in the dark and projecting moving stars on the walls your mind automatically senses that the ride is moving faster than it really is. Plus, with an inability to see the track in front of you, your body can’t brace against the coming turns or drops, and the ensuing surprise leaves a lasting impression.

Verdict: Space Mountain feels like it’s blasting out of the galaxy when in reality it’s idling through the neighborhood. That’s an impressive way to make more out of less.

How could you not include Revenge of the Mummy at Universal Studios Florida?

...because they are Disney-centric and they also hate Six Flags. Never a decent mention of Magic Mountain. It's always "cedar point this" or "cedar point that" - I totally agree with Maverick and its probably tied for the best ride in the park, alongside gatekeeper. Verbolten is also excellent. As for the others, well lets just say that everyone is entitled to their own opinion, even if it's wrong :-)

There are some inaccuracies in the Maverick entry. Cedar Point has a few coasters that are less than 100 feet tal that are older than Maverick. The park has never broken a record for coaster height. Colossus (TWO 100 foot+ drops in June 1978) Moonsault Scrable (229ft tall in 1983) Tower of Terror II (377ft tall in 1997) and Superman: Escape from Krypton (416ft tall in 1997).

"...enthusiasts across the world were stunned when Cedar Point announced 2007's Maverick, with “only” a 100-foot drop and two measly inversions."