The Contrarian: 2 Big Reasons Why Theme Parks May Live to Regret Copying Hollywood 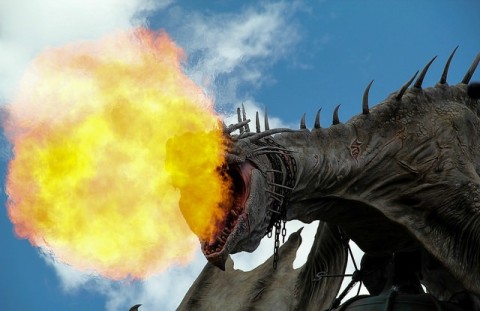 Theme parks are heading the way of Hollywood – spectacle-driven "stories" that eschew originality for annualizable franchises. Here's the two reasons why.

Editor's note: This is the latest of a series of features in which one of our writers takes a deliberately controversial stance on a theme park-related topic to try and stir up some debate.

The backstory: Film and television, trying to kill one another

In the beginning, there was light, and it was contained only in movie theaters.

As we entered the mid-20th century, however, film lost its monopoly on projected light as television entered the world – and, much like Cain and Abel, the two siblings were also almost instantly mortal enemies.

The change in the motion picture industry was swift, profound, and lasting. In order to motivate consumers to leave their homes and enter the theater, Hollywood started investing in ever-bigger budgets and, ultimately, larger-than-life spectacles, capitalizing on movies’ longer production periods and larger amount of funds.

By the end of the 1970s, this solidified into what would ultimately be called the tent-pole film – a big-budget, high-octane movie that was designed to nab so much money, it could singlehandedly prop up all the other, small(er) films that either failed or simply didn’t have a high return-on-investment. 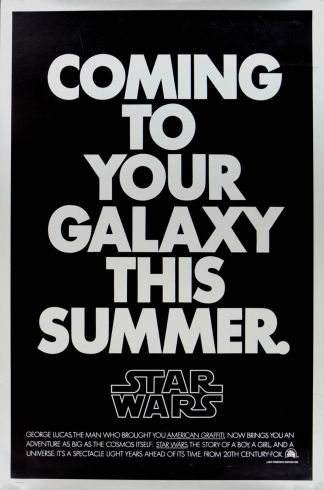 The first tent-pole of them all. Image © Fox.

And, of course, the tent-pole film ended up spawning its own season each and every summer, when the ever-more-ascendant demographic of children and teenagers were out of school and, thus, had more recreational time and disposable income to use up. Summers were for making money; the holidays were for baiting as many Oscars as possible; the whole rest of the year was for losing money – such is the way of Hollywood life.

Well, until now, that is.

The backstory: The modern twist, presented by Disney®

Now that Disney owns Pixar, Marvel, and Lucasfilm – and now that the box office is almost exclusively dominated by superheroes embarking on super-powered adventures that require super-sized amounts of money – the company has overturned the playing field, pursuing what Forbes calls an “all tent-pole all the time” strategy.

It’s now by far the biggest studio in town, and it can more than afford to release $200 million+ movies every month of the year, even if it does produce the occasional (and massive) dud, such as John Carter (2012) or The Lone Ranger (2013). 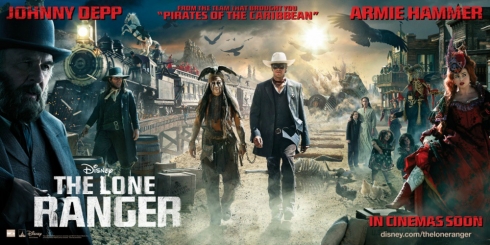 It turns out that Disney is now pursuing a similar strategy for its theme park business, as well, and not just because all of its recently acquired companies’ IPs are equally applicable to themed as well as filmic entertainment.

Want to know how theme parks will look more and more like the (soon-to-be) annual Marvel or Star Wars entries? Let us count the ways.

As was made painfully, woefully clear in our most recent All-Star Roundtable, Disney’s Imagineers have been, over the course of the past few decades, asked to shelve all original attractions – like, you know, the ones that have formed the very basis of theme parks (and certain corresponding media franchises) since nearly day one, like Pirates of the Caribbean and Haunted Mansion – in place of licensed material, particularly those that it has paid a combined $16 billion for.

This explains why Epcot, a park that was never supposed to have a heavy “Disney” presence, has been infused with the likes of Finding Nemo and why Disneyland is due to have its Tomorrowland replaced almost entirely by Star Wars. 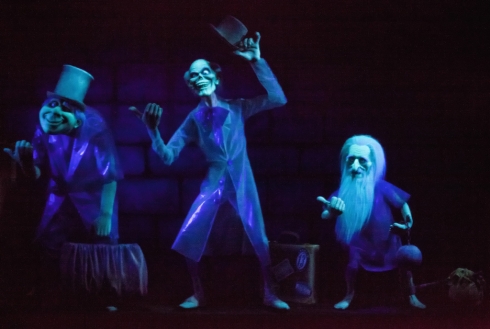 Ghosts are timeless, and so is Haunted Mansion. Image © Adam Hansen.

Universal, whose theme park division has exclusively relied on IPs right from the very beginning, has actually followed the same trend, although along a slightly different trajectory.

Whereas both Universal Studios Hollywood and Universal Studios Florida originally started off as backlots (either real or imagined) with all of their attractions hidden away inside of soundstages, they are now increasingly being taken over by themed lands, whether dedicated to The Simpsons, Despicable Me, or, but of course, Harry Potter. Pretty soon, both parks will end up looking suspiciously like Disneyland – leaving room for a bigger variety of licensed properties extremely rare and precious.

There’s a reason why Universal has just spent close to half a billion dollars on the Wizarding World of Harry Potter – Diagon Alley and why Disney is in the process of spending even more on Pandora: The World of Avatar – because that’s one of the few things that is guaranteed to bring in the consumers, who are themselves becoming more and more awash in homogenized brands (which isn’t occurring simply in the entertainment biz; a quick look at fast food or big box retailers will yield surprisingly similar results).

It doesn’t matter that Horizons told a better story than Harry Potter and the Forbidden Journey does or that Space Mountain has already lasted longer than Indiana Jones Epic Stunt Spectacular ever will.