8 Stunning Disney Castles of Every Shape and Size 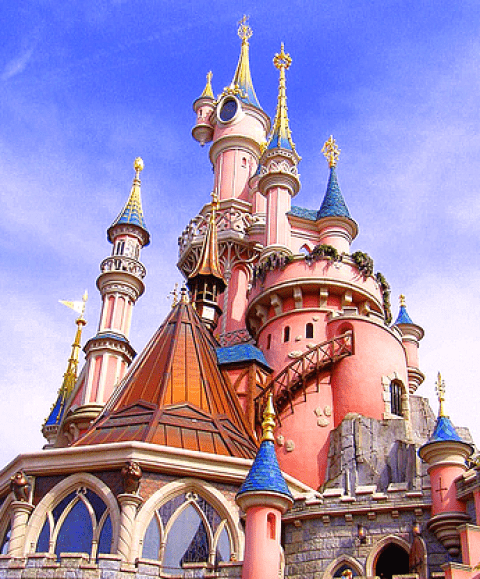 From Snow White and the Seven Dwarfs on, Disney’s greatest achievements have typically been based on fairy tales. Perhaps it’s that early success that has made castles such an identifying feature in Disney Parks. From 1955 on, castles have played a pretty big role not only as awe-inspiring park icons, but as attraction entrances, meet-and-greets, and more. We've collected 8 of the most compelling in a list below.

While this list is by no means exhaustive and doesn’t even begin to touch on the cancelled castle concepts out there, it’s a nice reminder of the magical places Disney can create and the palatial structures that are so common there. Some are huge, some are small, and some are so small you'd hardly believe it. But that's the magic of Disney, right? Read through the list and tell us which fairytale castles you think are missing from the parks!

There is perhaps no park icon more simple and appropriate for Disneyland Park than Sleeping Beauty Castle, named after Walt’s 1959 animated film (which opened in theatres four years after its namesake castle). While forced perspective allows the pink and blue wonder to look a little taller than it really is, the structure is still pretty small, all things considered – only 77 feet. Still, the delicate castle is perfect for the cozy, compact parks it resides in, in California and Hong Kong. 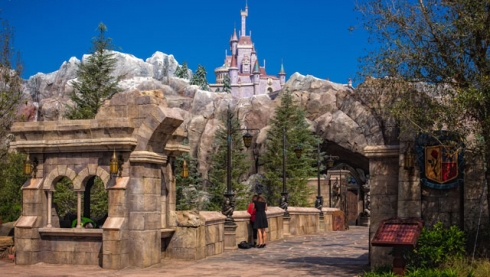 Location: Magic Kingdom
Inside: Be Our Guest Restaurant

Disney storytelling would have you believe that two massive attractions (Be Our Guest Restaurant and Enchanted Tales with Belle) take place inside the Beast’s Castle, perched high above New Fantasyland amid snow-covered mountain peaks. In fact, the castle is a clever visual trick. While it might appear that the daunting castle resides many miles away, the truth is far less impressive. Beast’s Castle uses forced perspective to appear far away and magnificently tall when in fact it’s only about thirty feet from gate to tower. The front door is about a foot tall. Don’t believe us? Check out this photo for spoilers! 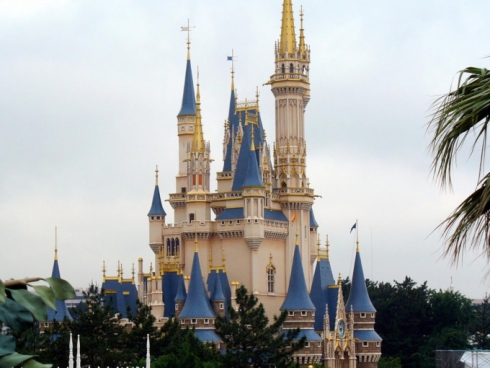 When Walt and his Imagineers began brainstorming for the Florida Project, they intended to take much of what worked at the original Disneyland Park and supersize it, given practically unlimited land and a much more cushy budget. Disneyland’s itty-bitty Sleeping Beauty Castle wouldn’t do here, so it was replaced with a Renaissance fortress that appears to be made of white brick with royal blue and gold turrets. Cinderella Castle is dizzyingly tall, at 189 feet! 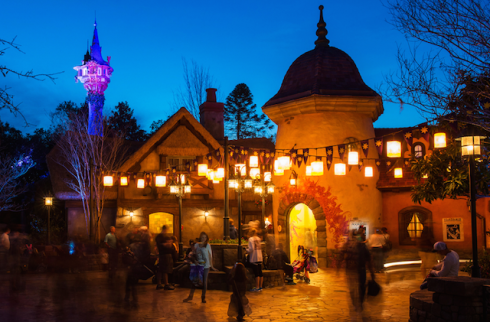 Location: Magic Kingdom
Inside: You don’t want to know

Disney didn’t make much of a fuss when it opened a new Tangled-themed rest area at Magic Kingdom, apparently part of New Fantasyland even if it’s physically distant from the expansion area. The quaint corner is a nice break from the madness of Walt Disney World, providing restrooms, phone charging stations, and a pleasantly distracting just-for-fun game of locating Rapunzel’s pet chameleon Pascal as he blends into rocks, plants, and buildings around the plaza. Rapunzel’s tower rising above the plaza may not technically count as a castle, but we’ll let it slide.

Wow! Very informative read. It's nice to read about the real sizes and dimensions about the Disneyland castles. Here's the sources of inspiration for the castles Walt Disney built - The real Disney castle in the Alps: http://bit.ly/2pilBpy

Just for info, the castle in Paris which is called Le Chateau de la belle au bois dormant is, translated, also Sleeping Beauty's Castle. You can actually walk through the castle to experience the story.

Cinderella Castle in Disney World is fashioned after neuschwanstein castle in Bavaria, Germany.