The 7 "Ancient" Wonders of the Theme Park World 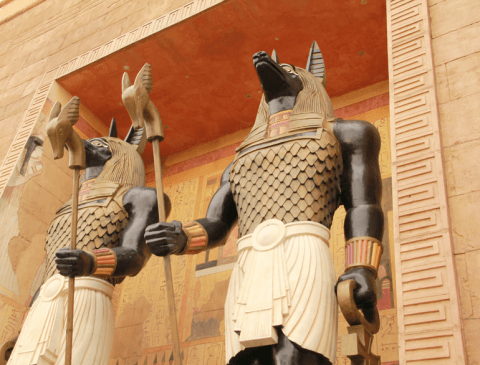 "Ancient." You know what that means: curses, booby traps, and angry gods. We’re counting down our lists of the Wonders of the Theme Park World. If you missed our collection of the Seven "Natural" Wonders take a step back and see the incredible mountains, trees, and valleys all built by… well… we'll call it "nature." Then step ahead to the Seven Technological Wonders of theme parks today!

Today, we’ve got a countdown of the Seven “Ancient” Wonders of the Theme Park World. Luckily, theme parks have sprung up around these temples, citadels, and tombs, giving us the chance to see what thousands of years of history have led to. In the comments, let us know which of these Wonders you’ve seen first hand, and which ones are the most magnificent up close and personal. 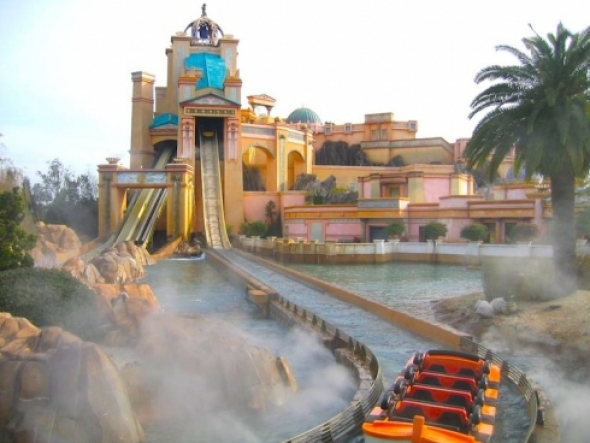 Are you ready to journey to Atlantis? Located in sunny Orlando, Florida, the mesmerizing city of Atlantis is indeed a wonder. Newly risen from the depths, the magnificent citadel tells a story all its own, of a lavish civilization predating the Greeks and Romans and perhaps even inspiring their style. Here, Atlantis houses a dark ride / water coaster combo (think Splash Mountain) wherein our poor fishing vessel is drawn into the ancient city where an evil siren plans to sink the whole city back to the ocean floor... with us inside of it.

Our only saving grace is a golden seahorse named Hermes who perpetually races ahead to save us from the collapsing city and the siren’s evil curse. Even once you’ve taken the waterfall plunge from the city’s golden-domed atrium, it’s still not over as the ride’s surprising finale and a last encounter with the siren leave a lasting impression. In all, the sand-colored building with its misty blue turrets and gold adornments make for a compelling image of the sunken city of myth. 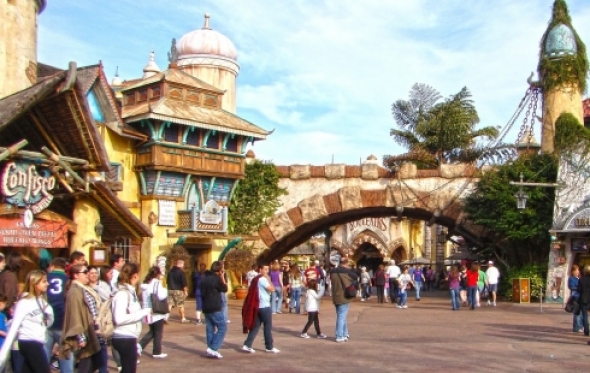 When Universal first stepped into “theme park” territory with their 1999 park, Islands of Adventure, the industry was stunned by the detail and storytelling they had implanted, which met and perhaps even surpassed Disney’s contemporary efforts. Befitting a park based on adventure and myth, the common “Main Street” at Islands of Adventure is the compelling Port of Entry, a rustic, ancient seaside port literally designed to resemble all corners of the globe coming together in harmony. There are pagodas, windmills, arabesque domes, and Irish cathedral towers all along the ancient boulevard. Check out this great feature written by our friends at Touring Plans for six incredible secret details hidden in Port of Entry. 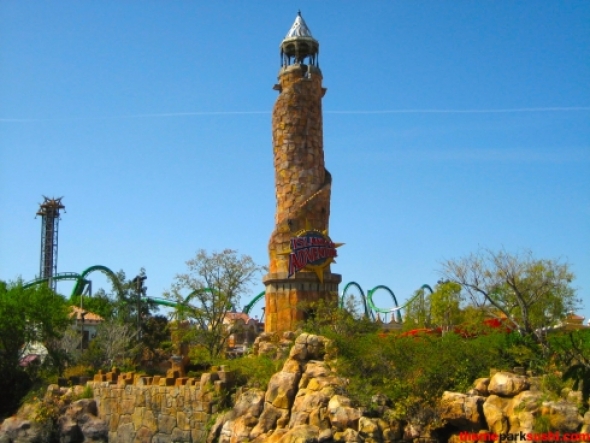 Fittingly, the land contains the park’s icon: the daunting Pharos Lighthouse. The 130 foot tall lighthouse is based – in theory – on the Lighthouse of Alexandria, one of the real Seven Wonders of the World, which fell in an earthquake in the 1300s after a thousand years standing. Universal’s version, made of sunbleached red stone, leans lightly with a spiral staircase built into it. At the top, a pointed silver cap glows with flames each night while a very real beam radiates out, circling the park. Some sort of genius psychology, the beam draws people to the park's exit each night at closing. As if left as a cosmic hint from the ancients, the pavement around the Lighthouse forms an aureole of light visible only from above. 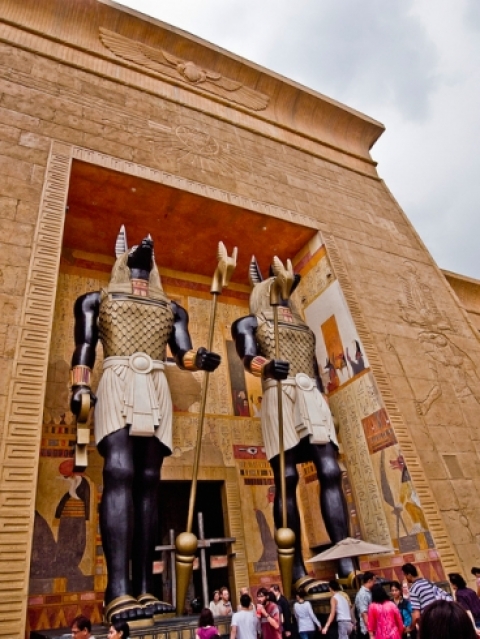 Revenge of the MummyClick for source.

When Universal built their second park in Asia, they took all they had learned from the “themed lands around a lagoon” layout of their Islands of Adventure park in Florida and combined it with the best of their Studios-style movie parks. The result was an entire land dedicated to The Mummy. In Florida, the famed Revenge of the Mummy coaster is located in the New York section of the park, behind the façade of a Museum of Antiquities. In Hollywood, little effort was made to disguise the ride’s studio-showbuilding. 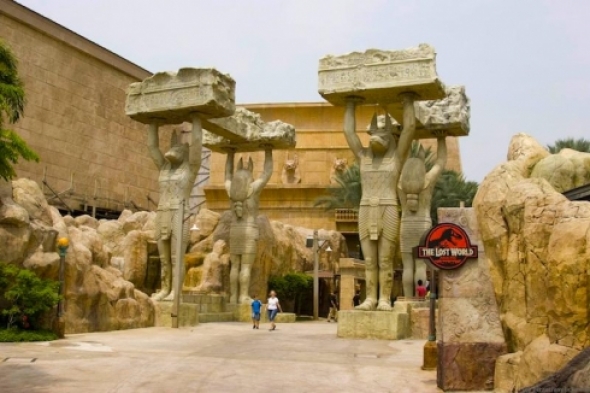 But in the highly themed Ancient Egypt land of Singapore, the ride takes place in the “real” ancient Tomb of Imhotep. Since there’s a whole land to explore, the ride is complimented by giant toppled statues, scattered temples, and an antique car style ride called Treasure Hunters that passes by animatronic crocodiles, condors, and scarabs that reinforce the Mummy’s story and setting. Revenge of the Mummy itself is almost identical to Orlando’s much-loved version, but with added effects… and without Brendan Frasier.