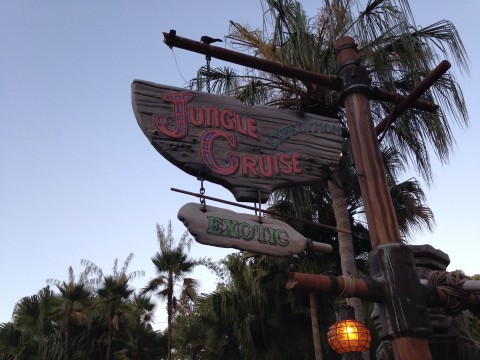 Like everything in Walt Disney World, the background music that floats through each area of the park is carefully chosen to create a certain type of environment. Though it’s not always easy to pick out the soundtrack behind each area when things are busy, there are some wonderful things to feast your ears on if you can catch them. Here are some of the auditory highlights of Walt Disney World. 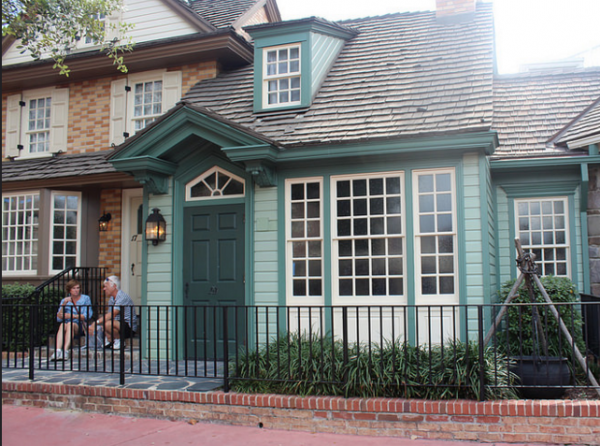 Liberty Square’s background music features several different tunes, but all transition seamlessly so you won’t notice when one fades in to the next. As you approach the Haunted Mansion from Fantasyland, you’ll notice a light organ version of Grim Grinning Ghosts. Listen more closely and you’ll hear eerier noises intermixed, like the sound of wind blowing. As you near Columbia Harbor House, the music transitions to a sea shanty that’s so authentic you can almost taste the salt in the air. Continue toward the Hall of Presidents and the area soundtrack transitions again to patriotic marches.

If you visit around Christmas, the background music around the Hall of Presidents is much more subdued. This quieter version was used year round until 2009, when the jauntier march was incorporated to coincide with the reopening of the Hall of Presidents with President Barak Obama. All the music in Liberty Square is period appropriate, using only instruments that would have been available at that time. 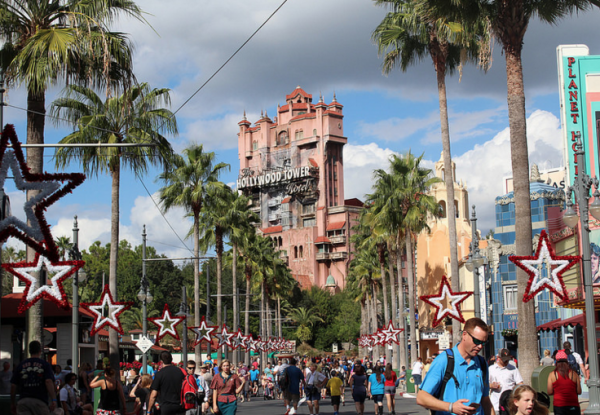 Hollywood Blvd and Sunset Blvd in Disney’s Hollywood Studios transport you to the golden age of Hollywood in the 1930’s and 1940’s. The bright tunes set the scene perfectly in this immersive area where streetmosphere characters roam freely, pulling you in to the theme.

The soundtracks surrounding the rides in this area are particularly notable as well. Around the Twilight Zone Tower of Terror you’ll hear music with a shallow, grainy quality that’s a bit unsettling. To create this effect, tape recordings of the music were drug along the ground to damage them in a way that would fit with the dilapidated hotel that’s frozen in time.

Around Rockin’ Roller Coaster, the music naturally features Aerosmith’s greatest hits. In the gift shop, the music features only live versions of the band, to continue with the ride’s storyline which takes you to the concert. 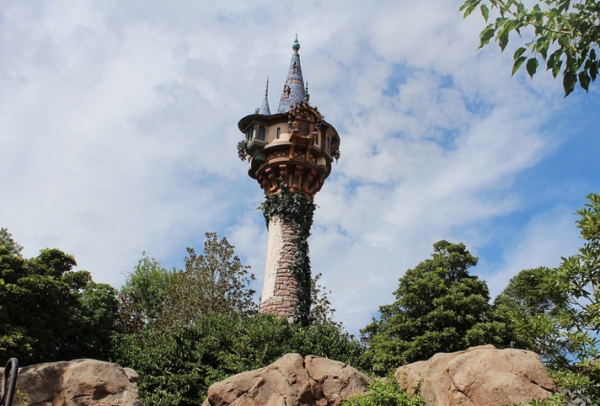 The new Rapunzel restrooms, across from Peter Pan and just before you hit the Haunted Mansion, opened in 2013. If you haven’t been to the park recently this area will be new to you. Though it’s little more than a convenient spot to get a drink of water, charge cell phones, and take care of other necessities, it possesses a certain undeniable charm that will have you feeling refreshed and rejuvenated.

The music in this area is spun carefully around the iconic “Kindgom Dance” heard when Rapunzel visits town for the first time. The instrumental tunes are upbeat, yet soothing. Listen for long and you’ll start looking for your chalk to drawing a masterpiece on the streets. This soundtrack also incorporates pieces from Dances of the Renaissance.

The Liberty Square music is totally wrong. A colonial village with music composed in the early 20th century. I find it jarring and out of place every time. It used to be one of my favorite music loops when it had more appropriate fife and drum based tunes.