The 7 Stunning "Natural" Wonders of the Theme Park World 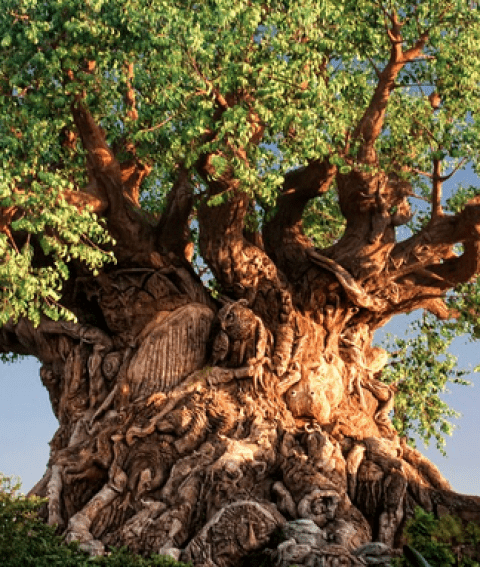 Today we’re kicking off a new three-part series where we discover the “Seven Wonders of the Theme Park World.” We’ll take a look at the Seven Ancient Wonders and the Seven Technological Wonders, but we’ve got to start somewhere, so what about the Seven "Natural" Wonders?

Below, we’ve counted down the seven most convincing natural features in theme parks. There might even be one or two that you assumed were real! Read through the list below and tell us which of these international Wonders you’ve seen in person, and which are the most magnificent? 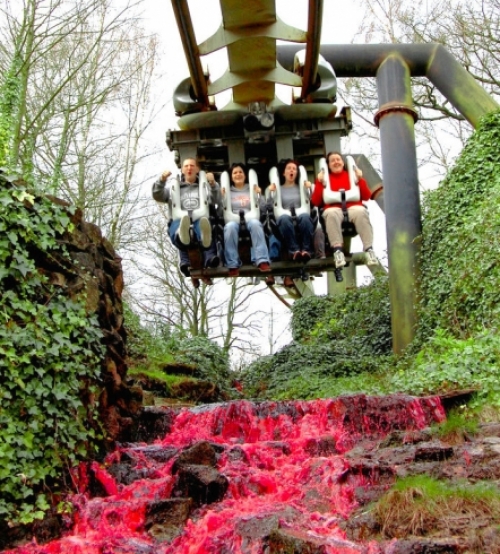 Located at Alton Towers in Staffordshire, England, Forbidden Valley is perhaps the least inviting “natural” Wonder on our list. In fact, it’s meant to represent a harsh post-apocalyptic landscape where sharp rocks jut from the ground, rusted machinery is scattered about, and streams and waterfalls run blood red. Down among the carved tunnels of Forbidden Valley stands a horrifying and decaying exoskeleton of a giant creature somewhat like a scorpion. This hollowed out creature is the station for the Nemesis inverted roller coaster.

The Valley itself is necessary given the local ordinance restricting the park from having any attractions that break the tree line. Thankfully, Nemesis’ placement – deep in the rusted, bloody trenches of the “natural” valley – has made it famous the world over. Who doesn't love blood rivers? 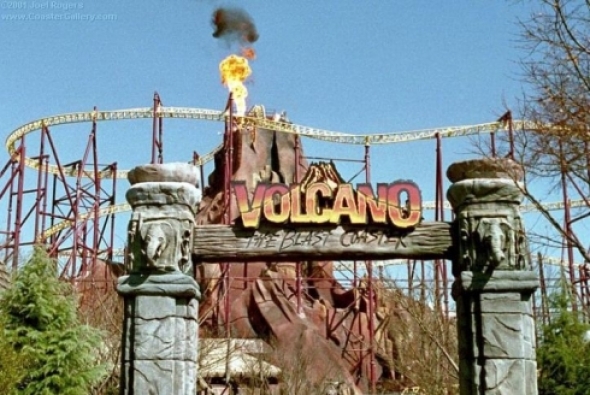 Located in an area of the park themed around a lost Congo expedition, the Volcano stands at 150 feet tall. Its scraggly peak would be pronounced against the park’s skyline anyway, but this natural Wonder has been outfitted with over 2,700 feet of striking molten track with mauve supports. Volcano: The Blast Coaster accelerates riders to a dizzying 70 miles per hour through an enormous helix before the train rockets into the mountain’s core, turns vertical, and blasts vertically through the mountain’s mouth, immediately inverting 155 feet over the ground. From there, it’s a mostly-leisurely course along the mountain’s edge, rolling effortlessly through four heartline rolls before a final 80 foot plunge back into the mountain ends the experience.

Through the 1980s, Kings Dominion amusement park in Virginia watched a number of rides move into the mountain in the park’s Safari Village area. After a handful of dark rides failed to leave lasting impressions, the mountain was vacated, the top was chopped off, and Volcano was born. And yes, fire comes out, too. Hopefully just not at the same time as the riders do. 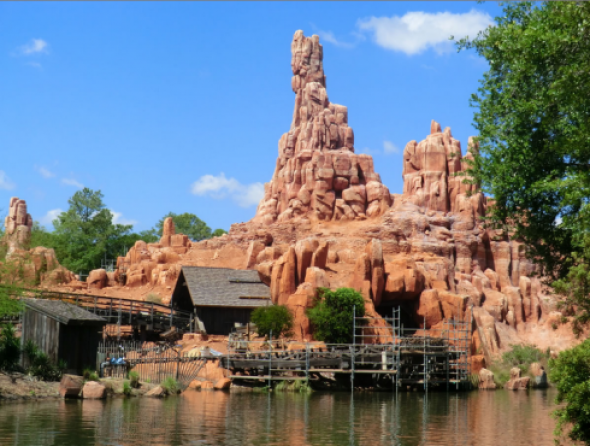 While the details of the "wildest ride in the wilderness" depend on which park you're riding it at, all four Big Thunder Mountains across the globe have a few things in common. First, all four mountains are home to a runaway mine train adventure through a earthquake-struck gold mining operation. A convoluted and twisted mine track leads over the mountain’s hills and valleys, through tunnels, and past lifelike audio animatronics of desert wildlife – a natural evolution of Disneyland's Mine Train Thru Nature's Wonderland that Big Thunder Mountain originally replaced!

There are a few purposeful differences between the rides, too: Disneyland’s is modeled after the striking, rounded “hoodoo” natural formations of Utah’s Bryce Canyon National Park. Designers and Imagineers did that on purpose: to built an intimate, otherworldly, "fantastic" transition for the diminutive park's Fantasyland and the never-built Discovery Bay land, which Big Thunder Mountain would've been a part of. The other three borrow from the less "fantastic," more geometric towers of Arizona’s Monument Valley, focused more on grandeur and dominance, just like their respective parks. However, in all cases the unforgettable iron-red rock towers of the mountains’ peaks are now synonymous with an Old West adventure. 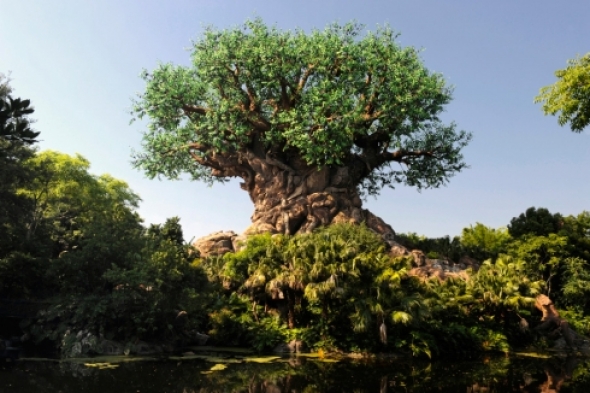 That’s one big tree. And it ought to be! Not only is the Tree of Life the park icon of Disney’s Animal Kingdom, it’s also supposed to be the tree from which life on Earth is born, restored, and connected. Disney’s version is nearly 50 feet wide at its base, with a sprawling root system that builds natural bridges, tunnels, and animal enclosures. The oversized Banyan tree is 145 feet tall and holds more than 100,000 leaves in five shades of green. While it may look like a regular African tree from afar, the trunk and roots are carved with 325 animals and 1 hidden Mickey. Or does that make it 326 animals?