10 Awesome Attractions That Are Exclusive to ONE Disney Theme Park 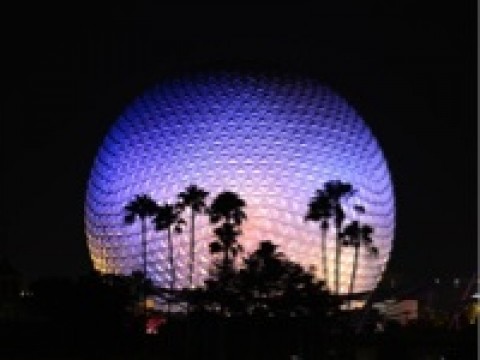 You might think one Disney park is much like another with the same elements replicated - if sometimes in slightly different orders - from park to park. And while this can sometimes hold true, there are some attractions that are entirely unique, only found in a single park. There are, in fact, too many unique elements to include in one list, but we've rounded up our favorites for your enjoyment. 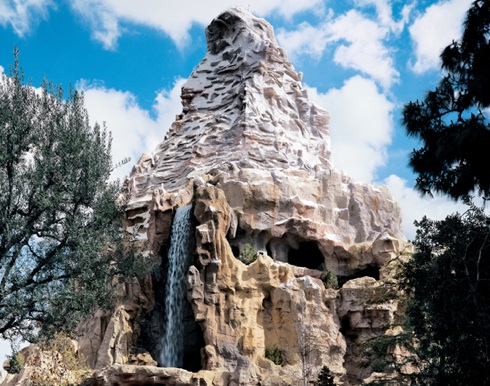 The Matterhorn Mountain rises high above Disneyland in California, dwarfing even the castle. It's a park landmark and a Walt Disney original, modeled after the real Matterhorn in the Swiss Alps. Located at the boundary between Tomorrowland and Fantasyland, the peak of the Matterhorn offers stunning park views... if you can focus on them while zooming down the mountain in a bobsled. Two tracks twist their way down the mountain, one on the Tomorrowland side and one on the Fantasyland side.

When it was completed in 1959 it was the first tubular steel continuous track roller coaster built — and it's the only version of the ride you'll find in any Disney park, though a duplicate was originally planned to be part of Disneyland Paris. If you're after a similar ride experience, try Disney World: Space Mountain's track was based on the Matterhorn's design and Expedition Everest has similar theming. 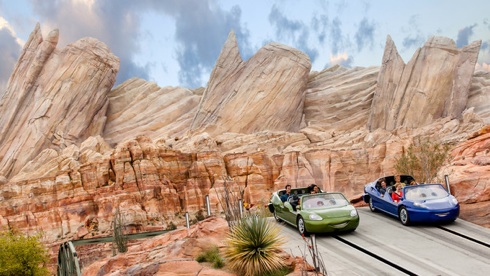 Though a rather recent addition to DCA, Radiator Springs Racers' dramatic car tail fin-styled mountain ridge has made a big change to the park's landscape. Whether you enjoyed the Cars movies or not, chances are you'll enjoy this ride, which takes you on a leisurely outdoor tour around Radiator Springs before zipping through the city streets and sending you racing with another car of riders. Which one of you cross the finish line first? It's up to chance (or maybe your racing spirit).

With an estimated construction cost of $200 million, Radiator Springs Racers is the priciest attraction at Disneyland Resort — and one of the most expensive theme park attractions in the world. We can confirm that the end result is a blast... so long as you can put up with the quickly gone fast passes and the two hour standby wait times. 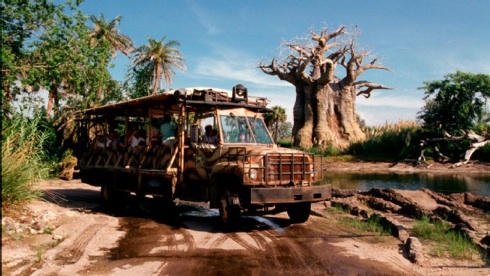 Walt Disney's earliest ideas for the Jungle Cruise included the use of live animals, but as live animals couldn't be counted on to perform for visitors they were replaced with animatronics. But something of Disney's original vision of a wild animal ride did find its way into Kilimanjaro Safaris which opened in 1998 with Disney's Animal Kingdom.

This safari tour takes you on a 20-minute trip through the 110-acre Harambe Wildlife Reserve where you have a chance to see 34 different species of African wildlife — and just like an actual African safari, there are no fences to obstruct your view. As Disney himself originally feared, the wild animals aren't always obliging for viewers, but this just means that each ride is unique, with different animals to see. It's a must ride for Disney World park-goers! 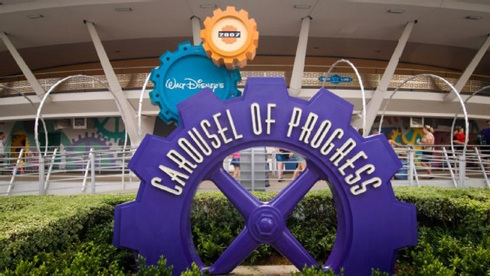 This Walt Disney original was showcased at the 1964 World's Fair, alongside It's a Small World, the PeopleMover, and Great Moments with Mr. Lincoln. Sponsored by GE, Carousel of Progress is an early example of audio-animatronics featuring four scenes of a family marveling at the wonders of technology, with each scene representing a different era. Viewers sit in a theater which rotates to move them from one set of animatronics to the next.

After the fair closed in 1965, Disney moved the ride to Disneyland, where it operated from 1967 to 1973, when it was moved to Disney World’s Magic Kingdom. Opened in 1975, this is the only ride in the whole of Disney World that Walt himself worked on, and it makes for a great nostalgia trip for long-time Disney fans.