The 6 Similarities Between Disney and Universal's DISASTROUS Opening Days 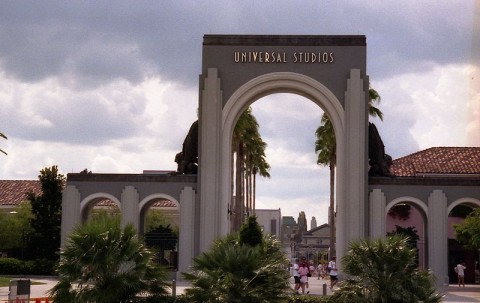 In 2007, Universal Orlando stunned everyone by securing the theme park rights to the Harry Potter franchise over assumed victor Disney. The Wizarding World of Harry Potter opened at Universal’s Islands of Adventure in 2010, and has been a smash hit ever since. In 2013, cable giant Comcast bought out GE’s remaining share in NBCUniversal and began sinking money into the theme parks at a record pace. The Universal Orlando of today is a powerhouse in the crowded Orlando marketplace, but did you know that the complex was nearly doomed at its outset?

Like Disneyland before it, Universal Studios Florida’s opening day was filled with both triumphs and missteps. The trials and tribulations played out in the international media, and many thought it would close within a matter of weeks. Here are 6 ways that Universal Studios Florida’s opening day was reminiscent of Disneyland’s. 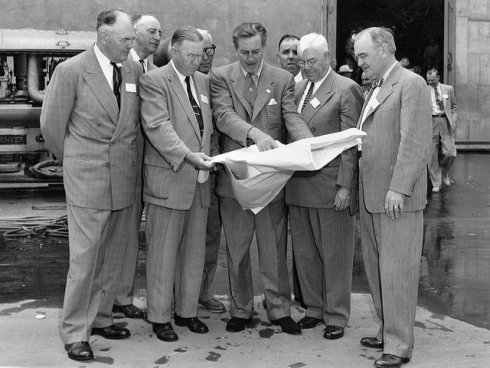 On July 17, 1955, Disneyland threw open its gates. Nearly 30,000 people, many bearing counterfeit tickets, packed into the park, eager to get a look at the future of entertainment. Another 90 million watched it live on television. Why all the fuss? Because Disneyland was truly the first of its kind.

Walt Disney created Disneyland as a place that families could have fun together. In his day, amusement parks were dirty and dangerous, and parents generally sat on benches while their kids rode rides. Walt imagined a dream-like utopia, clean, safe and heavily themed, where the entire family could escape from real life.

From its conception, experts and the general public alike thought Walt’s dream was equal parts blissful and kooky. If it could be done, it would be incredible—but it hardly seemed like a sustainable business model. Undeterred, Walt mortgaged he owned. During the entire construction process, Walt heavily promoted the upcoming park on his hit television series, then titled Disneyland. The marketing plan worked. By the time the park opened, the media and the general public were in a frenzy.

When Universal announced plans in 1987 to build a theme park in the crowded Orlando market, both insiders and the general public reacted with a blend of confusion, excitement and doubt. Universal Hollywood was working well, but Disney was the undisputed king of Central Florida. The area was littered with the remains of attractions that had tried and failed to challenge Disney, and surely Universal would just be the next victim. Yet if they did succeed…many local residents were tired of the then-saccharine sweet Disney experience and loved the hipper, cutting-edge experiences planned by Universal.

Disney responded by building its own movie-themed park, Disney-MGM Studios (now Disney’s Hollywood Studios). With the provisions Walt had put in place for the Florida Project, Disney was able to circumvent much of the permitting process and open Disney-MGM Studios a full year before Universal Studios Florida. Then the company took out a full-page ad in the Orlando Sentinel welcoming Universal to the neighborhood and sat back to watch.

By June 7, 1990, Universal Studios Florida’s opening day, the media and the public were again in a frenzy. Could Universal pull it off? Was it really possible to challenge Disney on its home turf? The park was packed that day with stars, media royalty, and a sharply divided general public. Some came to watch magic happen, some to witness a train wreck. 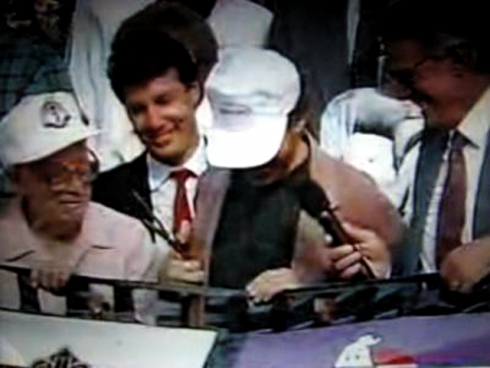 Disneyland’s opening day was originally designed only for invited guests including celebrities and members of the media. Among the Hollywood royalty in attendance were Frank Sinatra, Debbie Reynolds, Jerry Lewis and Sammy Davis, Jr. Art Linkletter, Ronald Reagan and Bob Cummings anchored the live television broadcast, and many of the celebrities made appearances on the show.

Universal Studios Florida’s opening day was not an invitation-only affair, but it was no less star-studded. Celebrity attendees included Michael J. Fox, Ernie Hudson, Steven Spielberg, Sylvester Stallone, Anthony Perkins and Jimmy Stewart. Many of the celebrities made brief speeches and signed autographs for the crowd. 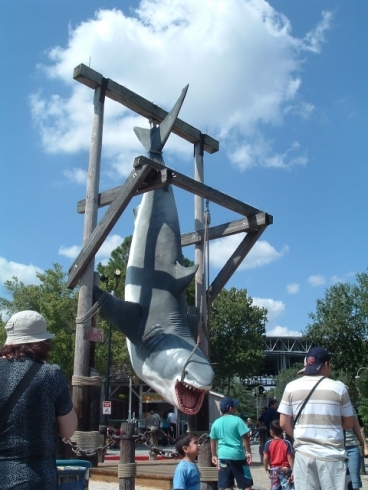 Amity SharkThe strung-up shark was as close as most visitors would get to the Jaws ride for more than 2 years.

Disneyland incorporated brand-new technologies that were untested and unproven. No one knew how the rides would hold up under the strain of thousands of visitors. According to those who were there, many of them did not hold up at all. The Storybook Land Canal boats had to be pulled to shore. Peter Pan’s Flight was closed as much as it was open. The Mark Twain Riverboat nearly capsized from overloading.

Universal Studios Florida also incorporated brand-new, unproven technologies. In two of the three headliner rides, Kongfrontation and Jaws, the complex ride systems were carefully engineered to interact with equally complex audio-animatronics. The timing had to be impeccable, or the entire ride would shut down for safety reasons.

Throughout the day, they did just that, as did the third headliner, Earthquake. Park visitors stood at each attraction for upwards of three hours hoping for the chance to ride before it broke down again. Rumors were flying that Steven Spielberg and his family got stuck in the Jaws lagoon. Whether that particular story is true or not, it is true that Jaws shut down that afternoon. It reopened only sporadically over the next two months, before closing down in August for a complete overhaul that took more than two years.