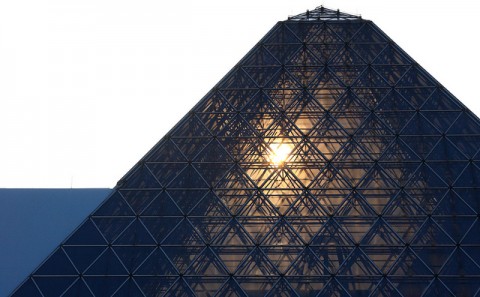 Many attractions will send you away humming a little tune, but some will leave with you the same song looping through your head all day.

Readers beware: the following list may leave you with an iconic Disney tune on the brain, too!

All the birds sing words, and the flowers croon

This 11 minute show features 55 audio-animatronic birds, singing plants, and a chorus of tiki gods. Though the full track features versions of Let’s All Sing Like the Birdies Sing, Hawaiian War Chant, and Heigh-Ho, it’s the signature chorus that’s most recognizable.

The iconic theme song for Pirates of the Caribbean was written by X. Atencio, the same songwriter responsible for Grim Grinning Ghosts. This song repeats throughout the attraction, but changes its tone significantly from the eerie whispers heard in the grotto, to the bold drunken chorus of the pirates in the burning city. The most troublesome part of having this song in your head is the fact that most of the lyrics beyond “Yo ho” are difficult to discern. Never fear, a little drunken mumbling sounds perfectly appropriate if you’re singing along.

Shining at the end of every day

And tomorrow’s just a dream away

The song for the Carousel of Progress was written by the Sherman Brothers. If you weren’t familiar with them before, you may recognize them better after their portrayal in Saving Mr. Banks. B.J. Novak plays Robert and Jason Schwartzman is Richard Sherman. The same song, Great Big Beautiful Tomorrow,  is played at the end of each scene in this rotating theater, but the music changes slightly to fit the time period, from the jazzy 1920’s to the futuristic pop version written for the final scene.

The small world music is another masterpiece courtesy of the Sherman Brothers. It was originally written as a slow ballad before it evolved in the almost painfully cheerful song heard on the attraction today.

For us Cast Members, THIS is our favorite EPCOT song! https://www.youtube.com/watch?v=yM8n0oRXWUg Promise. (It means you are all going home! and we will be soon as well!!!)

Besides all the songs already mentioned one that sticks out to me is any song from "Country Bear Jamberre." Also enjoyed the show that used to be in the back of Mickey's house (now where dumbo is) that use to be the 3rd stop when we would go to the park.
1.bathroom
2. Train
3. See the mouse!

you forgot Zippidee doo dah Zippidee day. From splash mountain. That stays with you too!

I remember in Epcot, there used to be a show in the land that had a lady in the kitchen and the food all came to life and sang. I don't remember much of the song but it went,"veggie fruit fruit, veggie veggie fruit fruit"

Don't forget the song from the American Pavilion at EPCOT - I can't remember the official name, but it has the "America - spread your golden wings..." etc.. It ALWAYS gets stuck in my head after a visit there!