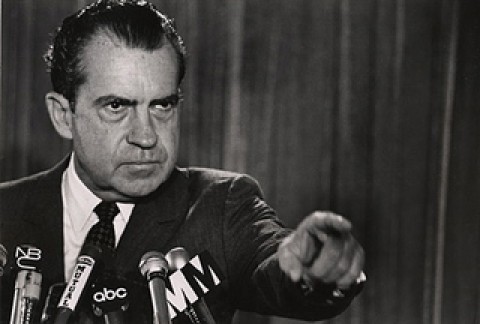 As a major part of Americana, Disney has obviously made quite a bit of history. That holds equally true for the Disney theme parks, where magical things happen every day and historically significant events are commonplace.

Usually the momentous occasions that happen there are connected to Disney, of course, but some very important moments have occurred at the park that don’t directly relate to the Mouse. Pop bands have separated, presidents have defended themselves, and corn chips have been invented over the years within the Disney parks.

1. The Beatles broke up 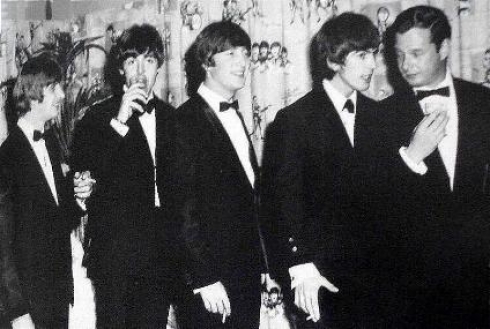 John Lennon famously shouted “I want a divorce” before walking out of a meeting at Apple headquarters with the rest of the Beatles in 1969, but the dissolution didn’t become official until five years later. In 1974 Lennon was the last member to sign the extremely complicated termination papers that effectively ended the Beatles. Oddly enough, he signed those papers while on holiday at Walt Disney World!

George Harrison, Paul McCartney, Apple lawyers and business managers finally met to sign the termination papers (Ringo signed them at an earlier date). Only John Lennon was missing in action, ironic since the meeting place was within walking distance of his home. John and his secretary/lover May Pang celebrated Christmas at the Polynesian Village Hotel a few days after Lennon’s no-show. After the holidays were over, an Apple lawyer brought over the contract. The Magic Kingdom was in view when John Lennon put pen to paper and broke up possibly the most popular band of all time on December 29th, 1974. 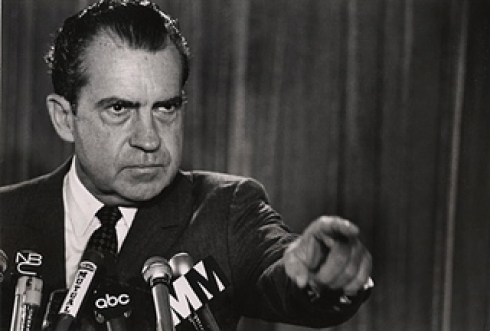 "I have earned every cent. And in all of my years of public life I have never obstructed justice,"the President said. "People have got to know whether or not their President is a crook. Well, I'm not a crook. I've earned everything I've got.”

Not the kind of speech you expect to hear at Disney World, but that’s where President Richard Milhous Nixon made the above declaration on November 17th, 1973. Nixon went to, of all places, the Contemporary Resort, to engage in an hour-long televised Q&A session following one of the biggest U.S. scandals ever, Watergate.

Richard Nixon actually had strong connections to the Disney theme parks. For one, he was the sitting president when Walt Disney World opened in ’71. The Hall of Presidents was an early debut, and many people were excited to see the robotic Nixon. But Nixon’s history with Disney goes much deeper. He was a lifelong friend of Walt Disney, and visited Disneyland numerous times when his kids were young and he lived in southern California. His most popular trip to Disneyland was in 1959 when, as acting vice-president, he cut the ribbon on the new Disneyland-Alweg monorail.

President Nixon took Walt’s death hard. He presented his wife Lillian with a Congressional Gold Medal honoring him, and became sentimental during the presentation speech. He said:

“It is very hard to describe our feelings about Walt Disney. I say our feelings, because my wife and I had the opportunity of knowing him personally. He was just as exciting and interesting personally as he was in all of those wonderful movies.” and “I once asked Walt Disney how I should describe him when we went out and dedicated the monorail at Disneyland. He said that he was an ‘Imagineer,’ which means he was an engineer with imagination. But he was more than that. He was a great artist. He was a perfectionist. He was a wonderful human being.”

It’s unfortunate that Nixon’s most-known trip to a Disney park was one ripe with controversy. It took place in the meeting room at the then almost brand new Contemporary Resort, where the president defended himself (unsuccessfully) against attacks for his involvement in the break-in at the Democratic National Committee headquarters at the Watergate complex in Washington, D.C. and attempted cover-up by his administration. His “I am not a crook” speech has been widely mocked and satirized for the past forty years since Richard Nixon resigned from office. NPR actually ran a great story about how the phrase took on a life of its own. As unexpected as it may be, that phrase originated at the House of Mouse.