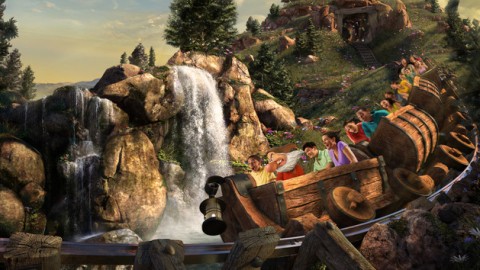 When I originally scheduled a trip to Walt Disney World, my wife and I decided to stay for nine days in order to do everything possible during what was her first visit. There was only one problem: she desperately wanted to ride the Magic Kingdom’s latest attraction, Seven Dwarfs Mine Train. The highly anticipated ride was heavily tested throughout April and dedicated on May 2nd.

We were caught by surprise when Disney announced the opening date as May 28th. As fate would have it, we were leaving Florida on May 24th. It was a cruel twist of fate, but we were stubborn in our dogged pursuit of a single ride. In the end, we achieved our goal. Here is the information you need to know about Disney’s key addition for the summer of 2014.

Note: We have avoided including plot spoilers for the ride itself in this article, so as not to ruin the experience for those that haven't yet boarded the Seven Dwarfs Mine Train. 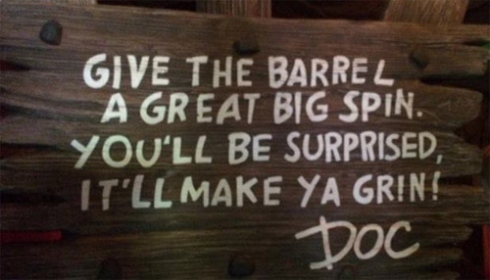 On a particularly fortunate Thursday morning, we happened to walk by the Seven Dwarfs Mine Train when a small number of beta testers were being permitted to ride. We could not believe our good fortune as any and all conversations about ride access prior to that had involved numerous repetitions of the words “no” and “sorry”, the former of which was stated with more conviction than the latter.

Better yet, there was not a huge wait in the line since only a handful of people were allowed to participate. You will be less fortunate. The average wait time for the Seven Dwarfs Mine Train is expected to be over an hour long for the body of the summer. During the first ten days it has been open, that average has been closer to two hours. That is the bad news.

The good news is that Disney’s Imagineers have planned for the annoyance of people standing in line. There is a trio of entertaining distractions along the way to the mine cart. The most fascinating of the three is hinted at in the image above. A person who takes the sign up on its request to spin the barrel is provided a pleasant surprise, an image of one of the dwarfs. The real goal, however, is a hidden one that requires a group of strangers to work in tandem. If enough barrels are spun at once, Snow White herself appears. Yes, Easter eggs have made their way into the realm of amusement park waiting areas.

The other two time passers are less subtle. There are a series of intricately wooden water spigots that encourage visitors to slide their hands underneath the falling water. Anyone who does so is rewarded with an unexpected music note. Once again, an orchestrated effort with others can create an enhanced effect. People can work together to recreate the dwarf working songs from Snow White and the Seven Dwarfs.

Finally, the aspect of waiting in line that most people will remember is the game. There are gaming monitors in a specific area of the line. Similar to sit-down arcade games one would find at a pizza place, these monitors are touch-activated. They provide bored customers with a chance to plan a variation of games like Bejeweled and Candy Crush while the line is at a standstill. I should note that the game is so simple that Ralph Wiggum could excel at it. All that is required is for the user to match jewels with the appropriate barrel at the bottom of the screen. Frankly, anyone who cannot succeed at the game is presumably a robot incapable of passing the Turing Test. Still, it kills a few minutes of time while standing in line, and that alone justifies its presence.

2. If you are expecting a thrill ride, brace for disappointment

The Seven Dwarfs Mine Train signals its style with this picture. Image © Disney

The eye test for the Seven Dwarfs Mine Train would lead one to expect a steel roller coaster featuring exciting thrills. Walt Disney World’s Magic Kingdom already offers that ride. It is called Big Thunder Mountain Railroad. Disney’s latest offering provides only a few fleeting moments of such excitement. It is not intended to be the latest, greatest roller coaster.

To the contrary, the Seven Dwarfs Mine Train has a different purpose. This ride is intended for all ages, meaning that children under ten can happily enjoy it with their parents, grandparents and even great-grandparents. There is absolutely nothing menacing about the journey. The speed of the ride is estimated at 30 miles per hour. Allow me to say what we are all thinking. If a kangaroo can hop as fast as the train car in motion, it is not a thrill ride.

I love Disney! For me, I don't care about the thrill of the rides or how long it is because I love the magic of Disney World. I've gone seven times and every time I feel like a little kid because of the atmosphere. I thought the Seven Dwarfs Mine Train was awesome because of their attention to detail and how they tell the story. I'm also not a huge roller coaster fan in the first place, so the few thrill rides at Disney are perfect for me.

Three things you need to know about the Snow White and Seven Dwarves ride:
1. The lines are usually long and always slow
2. The ride is both short and boring
3. It's mercifully cool inside on a hot day

I thought it was pretty freakin awesome myself. I rode it four times. Twice with fast passes and twice as a walk on, and I never waited more than 30 minutes. In fact, the line went so quickly that I didn't even have time to play with the toys... which I was slightly sad about. Only slightly.

Did we miss the awesome 'floating' feature on the tracks? The cart sways the entire time to make you feel every turn with a more increased angle and when you come to the sudden slow down as you enter the mine, the cart continues to sway and gives it a happy little bobbing boat-like effect. I was very impressed with that fun feature. Not to mention, that one you are at the track exit, waiting to get to the platform, if you bounce in your seat, it still sways. Fun to annoy your fellow riders... but really, it's Disney. HAVE FUN! Frankly, if you aren't able to grasp on to your inner child and embrace the magic, you're just not gonna get it.

I absolutely loved the ride, and while it wasn't a thrill seeking ride, it was definitely not a disappointment.

I wish I would have seen this before I rode it last week. My family and I got the impression it would be similar to Big Thunder Mountain and be a roller coaster type of ride. Although it was a cute ride, the commercials, fb posts, and hype made it out to be something more. They should advertise it more as the ride it actually is. I will suggest to wait in line around fireworks time if you do go.

Agreed. I was so irritated by the lack of thrills that I have sworn off this ride until the wait time is less than 20 minutes.

I really expected something spectacular and was so disappointed that I couldn't even enjoy it for what it is. And by all accounts it is spectacular. But talk about setting up expectations for failure!