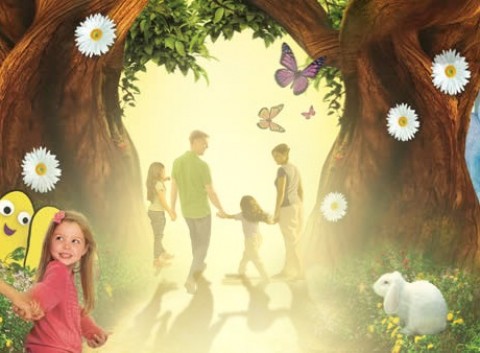 It’s now June, and admittedly crazy to think we are already 3 months into the theme park season, with the British summer period fast approaching. It's true; as theme park goers we cannot help but think about the inevitable peak season theme park crowds that are ahead.

However, there are still plenty of reasons to be excited for the fast arriving summer - 2 brand new themed lands are now open at the top 2 UK theme park resorts, as well as several special events to look forward to in June; including a conservation funding evening at Chessington, and another opportunity to party into the early hours at Thorpe Park. 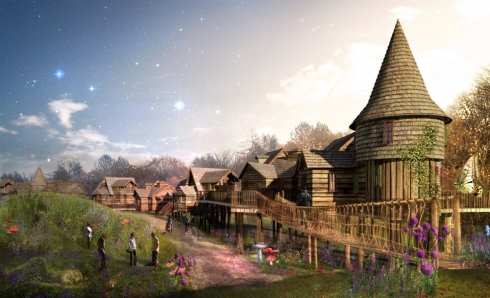 The first news from the British theme parks this May came from Alton Towers, which has announced they it will be opening a brand new hotel for 2015. The Alton Towers Enchanted Village (or similar style of accommodation) has been rumoured for a while, and it's certain enthusiasts will be excited to hear that the project will be going ahead. Not much has been confirmed so far, with a single dedicated Enchanted Village page on the Towers’ website. However, we can definitely expect to hear more detail on the Enchanted Village throughout the rest of 2014. Want to be the first to know all updates? You can sign up on Alton Tower’s website for an email newsletter. There is also some fascinating concept art available on their Enchanted Village webpage - to give you a good idea of what may lie ahead of us, when the accommodation opens in 2015.

Of course, CBeebies Land’s grand opening on the 24th of May has to be the headline piece of news from the Towers. The area consists of a range of themed attractions, and is built around the idea of complete "edutainment" and interactivity, in an immersive and fun environment, aimed at younger children. It is a chance for them to learn, play and have fun, in a heavily themed land, based on their favourite CBeebies shows and characters. 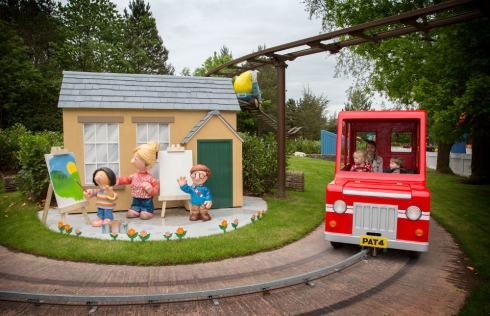 One of CBeebies Land’s main attractions is Postman Pat’s Parcel Post - a gentle car ride through Greendale, allowing riders to deliver Pat’s post themselves. This has been re-themed from the Tractor Ride (Old MacDonald’s Farmyard). The Riverbank Eye Spy gentle boat ride is now the In The Night Garden Magical Boat Ride. In addition, the Get Set Go Tree Top Adventure ride is a re-theme of the Squirrel Nutty Ride, and is a great way to enjoy a birds eye view of CBeebies Land, offering an exciting preview of the rides ahead. 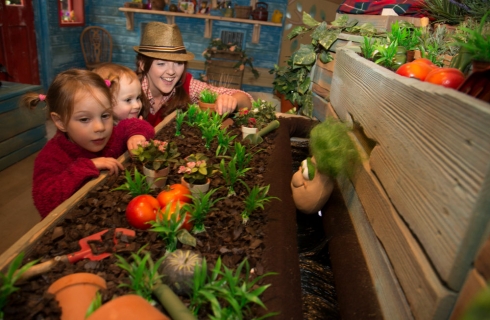 It will be interesting to see if CBeebies Land remains as popular as it undoubtedly was during its first week of operation in May Half Term, however it is certainly a welcome presence at Alton Towers, keeping it a truly all-age destination.