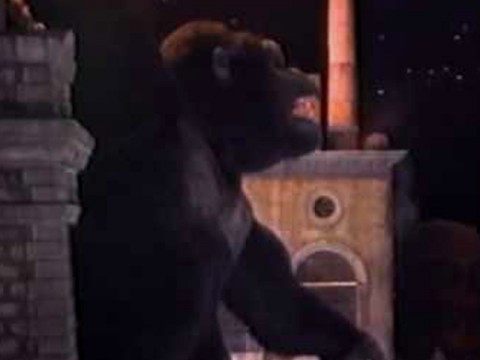 King Kong is affectionately known as "the monster who built Universal Orlando". As the story goes, back in 1986, Steven Spielberg happened to visit the soundstage where his college roommate was putting the finishing touches on a brand-new King Kong audio-animatronic for Universal Studios Hollywood. At the time, Spielberg was in a friendly rivalry with George Lucas, who had recently signed on with Disney to create its new Star Tours attraction. Spielberg felt that Kong could easily go head-to-head with Star Tours or anything else Disney had to offer.

When Steven Spielberg speaks, people tend to listen. The idea for a Florida attraction had been on Universal’s radar for years, but the company was reluctant to compete with Disney in its own backyard. With Spielberg on board, Kong brought the project roaring back to life. In an attempt to out-Disney Disney, the decision was ultimately made to focus on stand-alone experiences rather than combining everything into a tram tour as was done at Universal Hollywood.

Kongfrontation, along with the park’s other signature opening day attractions, required a complex set of truly cutting-edge mechanical and technical systems. Getting the 39-foot animatronic apes to communicate with the tram control system was challenging. Yet the result was nothing short of stunning—a truly immersive, groundbreaking dark ride experience.

Kongfrontation was my first job. I was 16 years old, full of naiveté and the boundless optimism of youth. The ride systems still had quite a few glitches, requiring employees to learn the basics of the ride’s technical operations along with a lengthy spiel. At nearly 40 feet in the air, anything could, and often did, happen. The lessons I learned from that job have served me well in my professional and personal lives ever since. 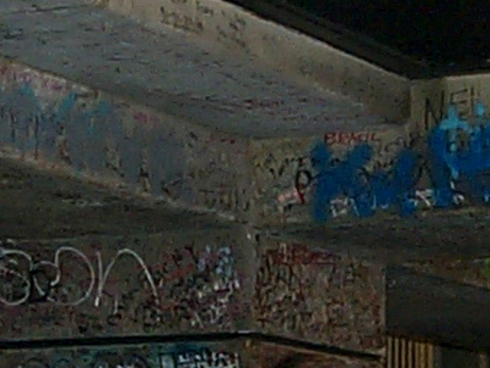 The Kong experience began with a stunningly immersive queue. The idea was that King Kong was terrorizing Manhattan, and citizens were being evacuated to the relative safety of Roosevelt Island via aerial tram. Not only was the queue a highly realistic recreation of the real Roosevelt Island Aerial Tramway queue, but graffiti artists were brought in from New York to decorate it. Video monitors showed news broadcasts of the disaster, which featured real New York news personalities. By the time guests boarded the tram, they were already in the mindset to suspend disbelief and accept Kong’s attacks as real.

Likewise, how we present ourselves to the world makes a big difference in how our message is perceived. A common piece of career advice is to dress for the job you want, not the job you already have. Life coaches tell clients to package themselves for success. Writers develop “elevator pitches”: a 25-word summary of a proposed novel that they can give if they happen to end up in an elevator with a top agent or publisher. Through my experience at Kong, I learned the ins and outs of packaging an experience, or ultimately myself, in a way that draws my audience in and makes them pay attention. 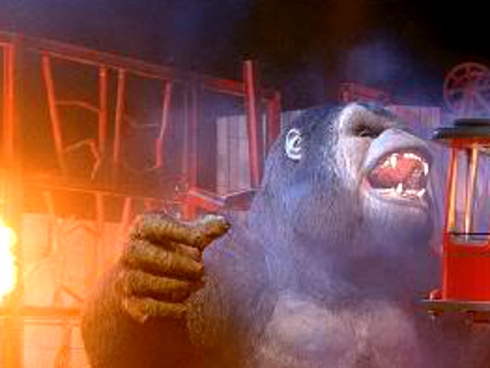 The complex audio-animatronics were prone to breaking down.

Kongfrontation broke down on a semi-regular basis. Most of the breakdowns were relatively minor, requiring a simple reset of one system or another. However, in many cases, a reset required the trams that had already left the station to cycle around without receiving a full show. Sometimes the animation was still running but the sound was not. At other times, the work lights were on and the animation completely stopped. On the rare occasions of an E-Stop, or an emergency stop, everything in the building came to a complete halt including the lights. Trying to keep a tram full of guests calm and happy while stuck 30 feet in the air in pitch black darkness was no easy feat!

To prepare for these times, Kongfrontation employees were given a large packet of approved stall material. This consisted of fun facts about the attraction, the King Kong movies, and even Universal Studios history. We were expected to use the stall material, in combination with our own jokes and commentary, to keep guests entertained while cycling through the attraction during a breakdown.

As a 16-year-old kid, I did not always see the importance of keeping my stall material fresh in my mind. I could do the regular spiel in my sleep, because I did it so often. But when we went days or weeks between breakdowns, it was easy to lose chunks of the stall material. Of course, that was invariably when we would experience a lengthy breakdown. After fighting to think of things to say a few times, I came to realize that my stall material was a useful tool that made my life easier, not just a bunch of additional memorizing.

That lesson has paid off time and again in the years that followed. I was not blessed with the natural gift of gab, and I often struggle to make small talk. Networking events are particularly challenging for me, as I feel intense pressure to make a good impression. To compensate, I do some advance planning. I note a few points I would like to make, some casual topics to discuss and a handful of go-to comments that are appropriate for a wide audience. Memorizing this stall material in advance helps me feel confident that I can fill in the conversational gaps. 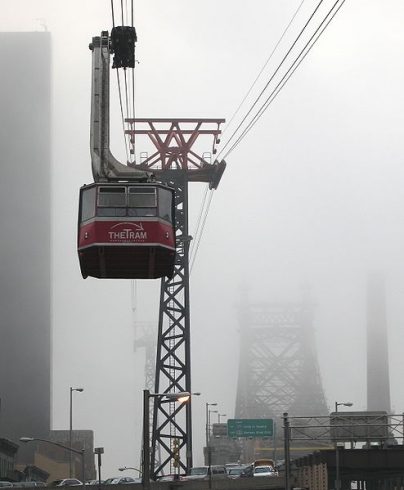 The Kong crew worked hard and played hard. It was not unusual for me to go to work at 6:30 a.m. to cycle trams before opening, and then stay through a special event that ended at 2 a.m. the next day. I rarely took a day off, and I lived with other Kong team members. While I had a great time, I sometimes ended up falling asleep on a tram, fighting to give the spiel rather than narrating my dreams.

You can’t do everything. No one can. From my time at Kong, I learned that I am more valuable as a well-rested person with lots of energy than I am as a sleep-deprived person who can barely stay awake. I learned that it is important to maintain balance, to occasionally say no, and to take care of myself. As I took on the increasing responsibilities of adulthood, knowing when to take time out became even more important. 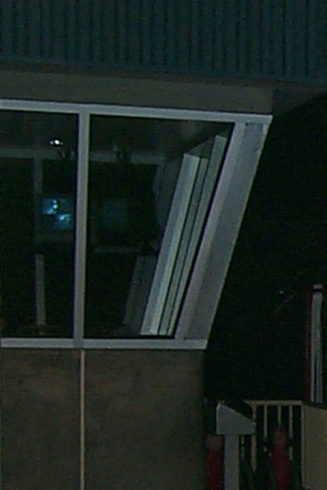 The control tower was a highly responsible position.

As mentioned above, we were working with entirely new ride systems. Even the dedicated and brilliant technicians did not always know exactly what would happen in different scenarios. With the safety and comfort of 30-plus guests in our hands, the tram drivers were an important part of the team. When anything unusual happened, the technician on duty, the employee in the control tower, and the involved tram drivers worked together via radio to find and implement solutions. More than once, these conversations led to unconventional processes that were not detailed in any manual, but worked perfectly for that particular set of circumstances.

These experiences taught me the importance of ingenuity, thinking outside the box, and teamwork. In those moments, it did not matter who had what job title, who had seniority or made more money, or what each person’s official list of job duties might be. We were all equal, all responsible for providing a safe and enjoyable guest experience, and all empowered to make the necessary decisions as a team. I have carried that idea forward into everything I do. I trust my team, insist on open and honest communication, and believe that anything is accomplishable with a bit of ingenuity.