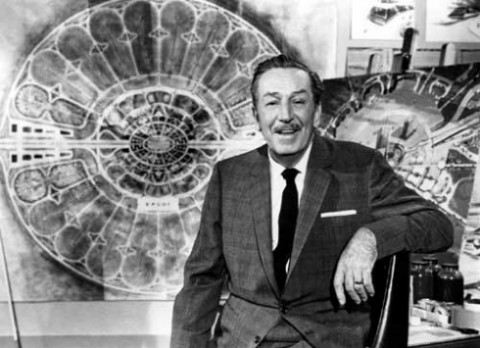 Walt Disney had big plans for his Florida resort. Literally big, in that Disney World would sprawl across more than 25,000 acres. And metaphorically big, in that he hoped to transform the way we all live and work. At the heart of Walt's vision for Disney World was the Experimental Prototype Community of Tomorrow (EPCOT), a living, working city where new technologies and processes could be tested out before being rolled out across the world. We've taken a look at some of the concepts for EPCOT previously, but they included underground tunnels for cars and utilities (to keep the streets safe and clean), a covered, weather-proof city center and a revolutionary public transport system. Of course, Walt died in December 1966, leaving him unable to follow through on this dream. His brother, Roy, took over construction of the newly-renamed Walt Disney World, and plans for EPCOT were shelved. Walt's successors, though, insisted that the spiritof EPCOT would live on, with Walt Disney World using a host of innovative systems. Looking at the resort even today, it's clear that this was not just bluster. Some of Walt's grand ideas really were implemented, although sometimes on a smaller scale than he had anticipated. Let's take a look at 5 examples. 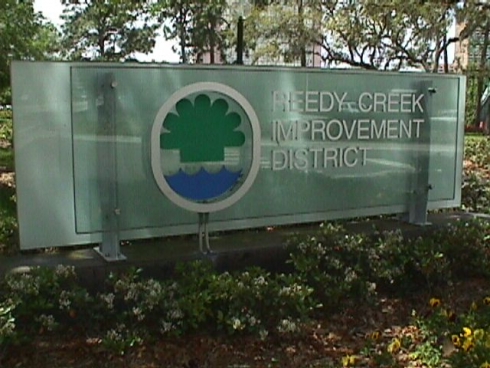 Walt knew that EPCOT could never succeed if it was bound by government regulations. How could new building types be created, for example, if they had to confirm with standard building codes? And how could companies innovate quickly if residents were allowed to oppose their plans to construct new facilities? There were two obvious elements to the solution to this problem. One was relatively simple to implement: the residents of EPCOT would all rent their accommodation - they wouldn't be allowed to own it and gain permanent voting rights. And Disney World would have its own government, one that would ensure that everything was safe but would also allow experimentation and new approaches. 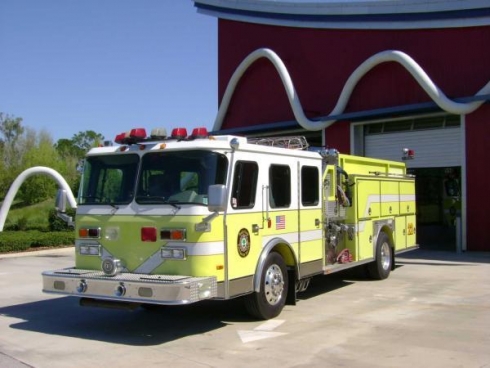 Today, that government really exists - it is known as the Reedy Creek Improvement District. Roy was able to secure sweeping powers for the RCID, which oversees aspects of the resort such as utilities (the distribution and even generation of electricity, for example), emergency services (it has its own fire department, although it draws upon outside resources too) and management of the environment. It may not have overseen the creation of a futuristic city, but the RCID has still had huge benefits for Walt Disney World. For example, it helped to ensure that Disney-MGM Studios opened a full year before rival Universal Studios Florida, which had to go through a more traditional planning process.

When Disney did finally build a version of EPCOT, it differed from Walt's original vision substantially. EPCOT Center was, in reality, another theme park - albeit one that acted as a kind of permanent World's Fair. But EPCOT Center did indeed bear some resemblance to Walt's planned city center. 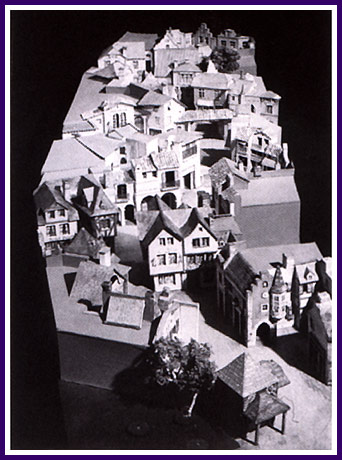 Walt had considered building an internationally-themed retail, dining and entertainment area for years. One of the first potential incarnations was International Street, planned for Disneyland but ultimately never built. Details of the area were released before Disneyland opened, with the park's merchandising manager, Robert H. Burns telling members of the Los Angeles Foreign Trade Assocation in December 1954: "International Street will be one of the most colorful segments of the fabulous center Walt Disney is constructing near Anaheim...Nine types of foreign architecture will feature the exhibits and shops of 14 European nations along the street. Typical foreign products will be on sale." With funds running low, the decision was made to put International Street on the backburner, as Adventureland, Frontierland, Fantasyland and Tomorrowland were viewed as higher priorities. Early visitors to Disneyland could see concept artwork for the land, but would never set foot in it.

The idea continued to appeal to Walt, though, and a similar area was to form part of EPCOT. At the base of the towering hotel that would sit at the very heart of the city would be an area of streets and stores themed around exotic foreign nations. 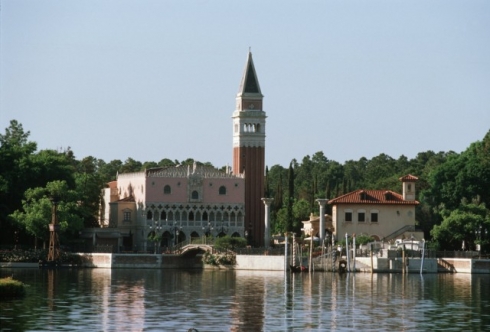 If this all sounds a bit familiar, that's because it's more or less what Disney ultimately opened as EPCOT Center's World Showcase in 1982. Instead of surrounding a hotel, World Showcase sits around an enormous lagoon, but it does indeed feature internationally-themed shops, restaurants and attractions.

Reedy Creek Development Corporation was, I believe, formed so that Cinderellas Castle could be constructed using fiberglas, which was in violation of local building codes. It wasn't formed so that EPCOT could be built.

I believe the people mover was actually installed in Houston at Bush International Airport.

During a Keys To The Kingdom tour, it was mentioned that Disney was fascinated with the central trash system that would pull all trash into one portion of the park for disposal. While this was a concept that Walt was wishing for Epcot, this system is actually in place and operational at the Magic Kingdom.

A monorail did catch on at least one other place, Seattle. It was installed for the 1962 World's, still running daily today, 52 years later. Same Alweg, just different car designs.