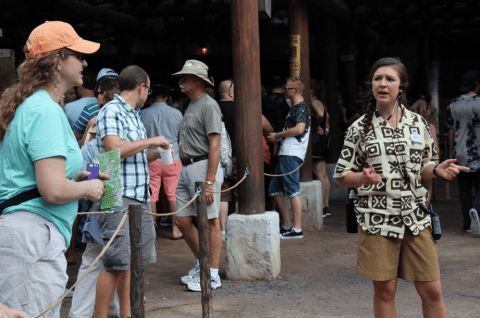 You may vacation at Disney every year, but to true locals, you still have the delicate aroma de tourist. Anyone who lives and works at Disney can spot a vacationer a mile away, but do you know how to spot the locals?

Disney Cast Members do, of course, visit the parks themselves with their families and friends. Sometimes, they'll also work in street clothes - for example, when checking that the experience of a particular ride or attraction is up to scratch.

These little quirks will help you spot a Cast Member sans costume almost any day.

1. Look for People Watchers in the Park 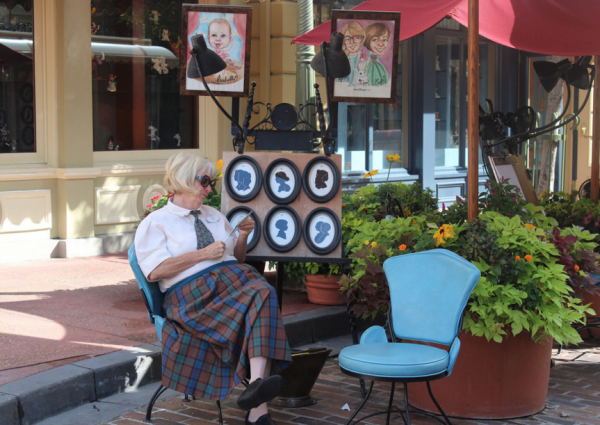 Tourists usually spend their time in Walt Disney World looking at the park. Cast Members are less interested in the features of the park, and more attentive to the people around them. They lack the frantic pace of visitors who see the parks rarely, or perhaps even once in a lifetime. When Cast Members are taking in the theme parks on a day off, they’re visiting the same way most people would hit a mall or local museum.

Visitors who are strolling at a leisurely pace or sitting on a bench with no sense of impatience or anticipation about them are often Cast Members. Those who are getting more enjoyment out of people watching than park ogling almost certainly are.

2. Check Out How they Point 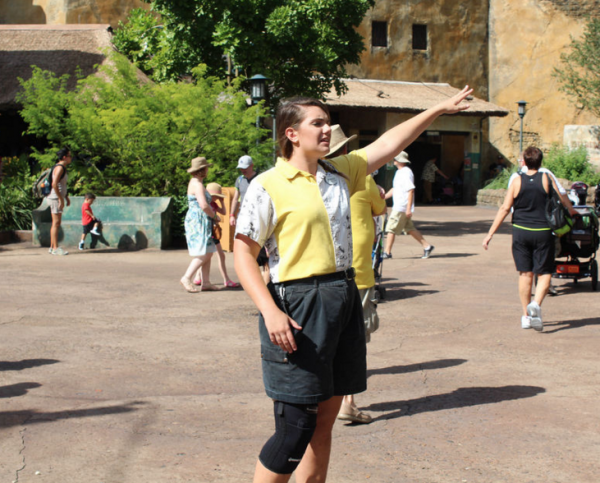 Cast Members can’t help it. They might be pointing out the bread isle at WalMart or the nearest open pump at the gas station and most of them will still use the signature two finger Disney point. Since this is a fairly unnatural way to gesture, chances are excellent that anyone you see using the Disney point around the Central Florida area is a current or former Walt Disney World Cast Member.

3. Put on a Birthday Button and See What Happens 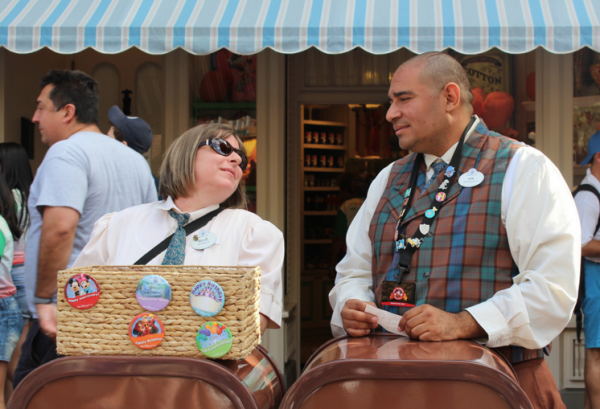 Birthday buttons are a great way to get lots of attention when you’re in the Disney parks. Cast Members everywhere will give you a cheerful birthday greeting for your special day. The problem with automatically responding to these buttons all day when you’re in costume, is that it makes it really difficult not to do the exact same thing in street clothes.

There are undoubtedly some really kind strangers who will wish you happy birthday just to be nice, so this isn’t a fail proof indicator that you’ve spotted a Cast Member, but it’s a good place to start. If you see someone start to wish you happy birthday and stop themselves, or say it and immediately look like they wish they hadn’t…you’re almost certainly dealing with someone who works in the parks and knows they just blew their cover.

Well, apparently I am an undercover Cast Member! and I didn't even know it....wonder if I can ask for back pay? I go so often I try to slow down and enjoy just being...so I wander and I people watch and I sit and enjoy the relaxation. I wear a lanyard (though not a plastic card holder, I made mine out of fabric) but I have several different metal characters to change out. I carry everything I need in said lanyard (AP, ID, a credit card and that's it). I always try to say Happy Birthday, especially to the kids and I call them Prince/Princess sometimes even call the adults that, lol. I love it when people say it to me, so I say it every chance I have. I know the reason behind the two finger point (in some countries a single finger point is an insult or rude), so I do find myself doing that more often than not, though I've not perfected it to a true CM. So....next time I go I guess I should figure out where to punch my timecard so I get paid this time! Actually, I think I would greatly enjoy such a job!

I have noticed "undercover" security employees around the entrances to the parks. They are usually sitting on a bench with a small duffel bag, and have an earpiece in.

I was a cast member for almost 10 years but have been away from WDW for almost as long and I constantly still do the 2 finger point. Unconsciously,
and everywhere I go. My kids bring it to my attention whenever the catch me doing it. A also find myself picking up trash I find in the parks that have missed the trash cans. Some things never leave you... LOL

I was mistaken for a cast member once because I did a few of these things! I didn't notice but random people did

Numbers one and five (leisurely pace and no bags) can also just be a local with an annual pass. When we can go practically any day, even if for just a couple hours, what is the hurry?