12 of the World's Most Awe-Inspiring Theme Park Icons 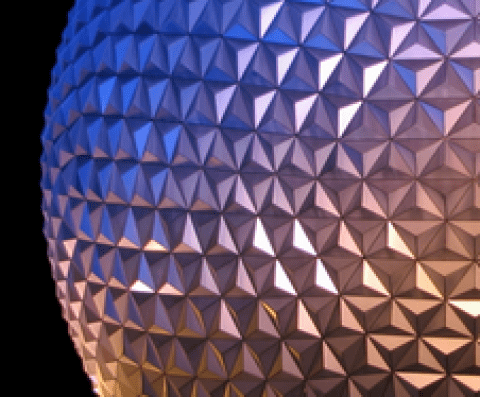 They’re iconic for a reason. They inspire breathless wonder. They’re orienting navigational centers. They’re feats of engineering. Though they come in all shapes and sizes, park icons all have one thing in common: they come to represent a park’s stories, settings, and style in our hearts and minds. The road to icon status isn't always easy, as you might have read in our complimentary list of Demoted and Demolished Lost Disney Parks icons.

Below, we’ve collected eleven of the most memorable, photogenic, and widely recognized theme park icons on Earth (in order of their introduction). Which have you seen? Which strike the greatest emotional and adventurous chord in you? Tell us in the comments.

The Story: The first Disney Parks icon is also the smallest – at only 77 feet tall, Sleeping Beauty Castle is a pocket-sized fairytale castle, perfectly scaled for the cozy, comfortable, and warm Southern California park. Though its paint scheme has varied over time (from gray to flamingo to pastel pink), Sleeping Beauty Castle remains a beloved park icon for Walt’s original Magic Kingdom.

Originally to be named after the studios’ first princess, Snow White, Walt ordered the last minute name change to promote the his then-upcoming film Sleeping Beauty, which opened in theatres four years after its namesake castle.

Inside: Walt famously challenged his Imagineers to utilize the tight space inside the miniscule castle for more than the storage closet it was originally used for. A charming walkthrough of dioramas retelling the tale of Sleeping Beauty through artistic vignettes has been located there ever since. Closed after the September 11 attacks on New York City, the walkthrough was closed for safety reasons in 2001. In 2008, the walkthrough reopened with new, multimedia, technological touches. 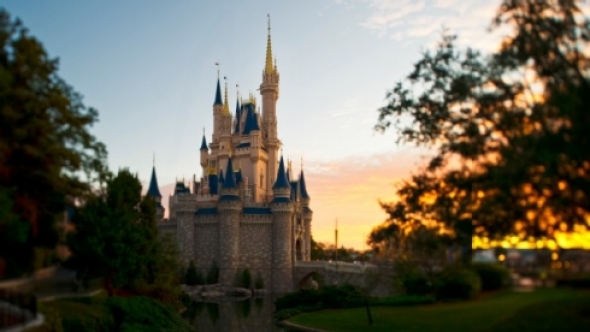 Where: Magic Kingdom and Tokyo Disneyland

The Story: At a towering 189-feet, Cinderella Castle far outmeasures Sleeping Beauty’s. Legendary Disney Imagineer Herb Ryman – who is also responsible for Sleeping Beauty Castle – designed the castle as an amalgamation of real life castle styles through centuries, transforming from a Medieval stronghold at ground level to a Renaissance palace at its peak.

Though Walt Disney World fans tend to taut its statistics, not everyone is a fan of Cinderella Castle's prominence and stature. Outspoken Disney Imagineer Rolly Crump (who worked alongside Walt in the original design of Disneyland) noted such in a controversial 2018 interview with the Los Angeles Times: "It had no feeling of Disney," he said of Magic Kingdom. “When you go to Disney World and you see the castle, you want to genuflect ... and that disturbed me.”

Inside: At Magic Kingdom, a high-end character dining restaurant resides in the castle’s upper floors. In Tokyo, a Cinderella walkthrough similar to California’s Sleeping Beauty walkthrough – though in a much grander scale – occupies the same space. 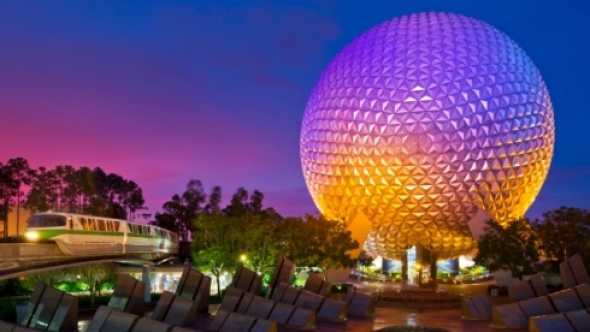 The Story: Spaceship Earth is a 180-foot tall geodesic sphere covered in 11,520 white isosceles triangular panels. Epcot was intended to be a sort of permanent World’s Fair, with Spaceship Earth taking on the role of the Fair’s grand icon – a role held in previous World’s Fairs by the Eiffel Tower, the Seattle Space Needle, and New York’s Unisphere.

An architectural wonder, the sphere’s enormous weight (more than 15 million pounds) is supported by steel pylons dug 120 feet into the earth.

Inside: Believe it or not, this floating sphere contains a 15-minute dark ride. Each pavilion at Epcot is dedicated to one area of research. Spaceship Earth’s topic is communication, and its eponymous dark ride tracks communication from the Stone Age, through the Renaissance, and into the Internet era of today. 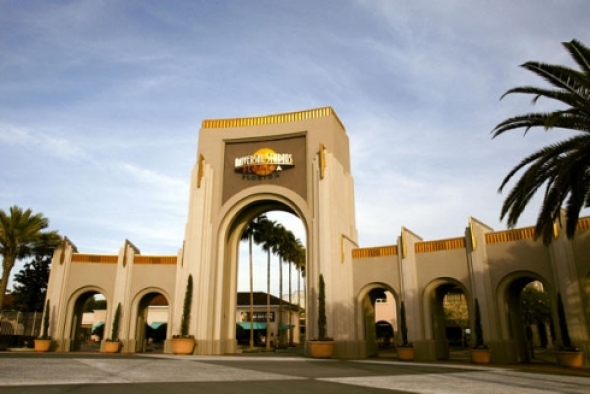 The Story: The white marble gates of the Universal Studios Arch are identifiable even a world away. Each of the four sets currently in existence is purposefully unique. Hollywood’s is classic, streamlined, and modern. In Florida and Japan, the gates take on art deco qualities. Singapore’s is topped with a pagoda-style roof and perpetually decked out for Southeast Asian holidays.

I still enjoy sleeping beauty castle in Disneyland. Its very nostalgic an I love that it the first.

Yeah, Efteling has an amazing entrance way which leads to a great entrance of the park; one of the best entrances to a themepark I think :)

I'm not suee exactly why but this web site is loading verey slow for me.
Is anyone else having this problem or is it a issue on my end?
I'll check back lateer on and seee if the
problem still exists.