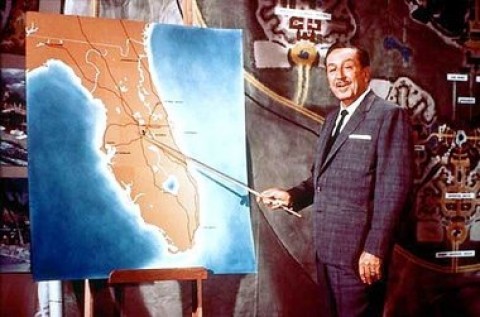 Walt Disney didn't like to repeat himself. In Walt's mind, the resort that he planned to build in Central Florida would not simply be a retread of the ground that he had already covered at Disneyland. Yes, it would feature a theme park - that was essential to keep the money-men happy. But its heart and soul would be something different altogether. Of course, Walt died in 1966, five years before Walt Disney World (named in his memory) actually opened. The theme park, which wasessentially a clone of Disneyland, became the centerpiece of the property - and indeed, the Magic Kingdom is still the most popular theme park in the world. Elements of Walt's vision were carried forward, but others were dropped altogether. What if Walt Disney had somehow lived for another 30 years, into his nineties? How different might Walt Disney World look today? Let's consider the possibilities...

5. Epcot would be more than just a theme park 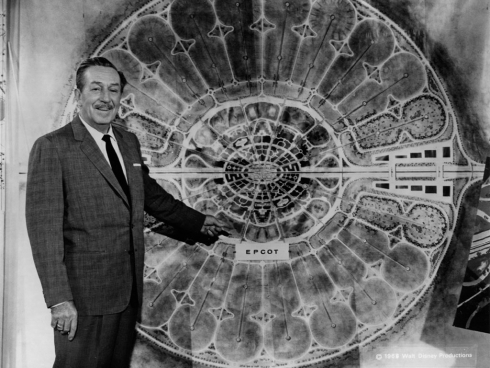 By far the most famous - and ambitious - of Walt's never-realised dreams was his plan to build a futuristic city dubbed the Experimental Prototype Community of Tomorrow (EPCOT) at Disney World. This would be a place where new technologies and systems could be tested, before being rolled out to other cities across the world. Having reinvented the amusement park, Walt had now turned his attention to solving the problems of the real world. EPCOT would have featured a simple design, not dissimilar to the famous hub-and-spoke layout employed by Disneyland. At its heart would be a 50-acre urban complex, covered to protect it from the elements. At the very center of this would sit an enormous, 30-story hotel. At the base of the hotel would be an international shopping district, with stores representing countries from all over the world. Surrounding the central area would be a series of three further "rings" in a radial system. The first would host high-density apartments. The next would be a greenbelt hosting parks, playgrounds and schools. The final ring would be a low-density residential area, complete with houses that would see their furnishings and appliances replaced constantly with newer versions.

Walt hoped to persuade leading companies to install research laboratories, factories and other facilities in the city, with visitors able to explore them all. He engaged with hundreds of companies to discuss the project, and EPCOT became his favorite topic of conversation. When Walt died, Roy opted to focus on opening the Magic Kingdom and resort hotels at Walt Disney World first. The more ambitious EPCOT could wait until later. His successors at the company never did find a way to create Walt's dream city - when it did open, EPCOT Center included some elements of the original plans (including the World Showcase area, inspired by the international shopping distict), but was essentially just another theme park. Other elements of EPCOT, such as underground service areas and the monorail, were adopted elsewhere in the resort.

4. The PeopleMover would be more than just a ride 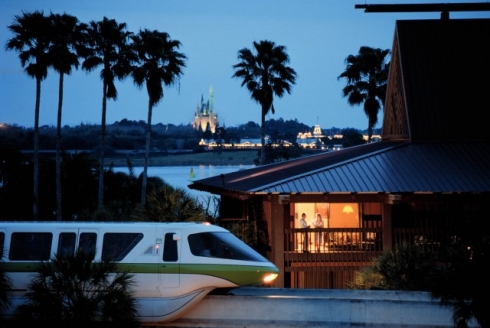 It's well known that Walt Disney loved monorail systems, and expected them to become a key part of transportation infrastructure in the future. At Disney World, he planned to install a monorail network that would be used for longer journeys - from EPCOT to the Magic Kingdom, for example. And, of course, his successors did indeed implement such a system. However, monorails were not to be the only transportation system at Disney World. A second, more flexible system would be needed to carry residents and visitors over smaller distances - and Walt felt he had the solution. This was the WEDWay, also known as the "PeopleMover", the first example of which opened at Disneyland in the year following Walt's death.

The chief innovation of the WEDWay was that the vehicles never stopped moving. Instead, guests boarded via a circular moving walkway, which dramatically improved the loading speed when compared to a linear walkway. This was coupled with a set of small trains that were pushed along by rotating tires that were embedded in the track every nine feet, each with its own electric motor. The cars themselves did not have motors, and the breakdown of any of the spinning tires would not cause the entire system to break down. Residents at EPCOT would commute to work via WEDWay trams, and just like the monorail, Disney wanted to convince cities all over the world to adopt them. Instead, the WEDWay that was installed at the Magic Kingdom was little more than a ride, although it did - just as Walt planned - offer an aerial overview of an area (in this case, Tomorrowland).