5 Ludicrously Ambitious Theme Parks That Closed Before They Even Opened 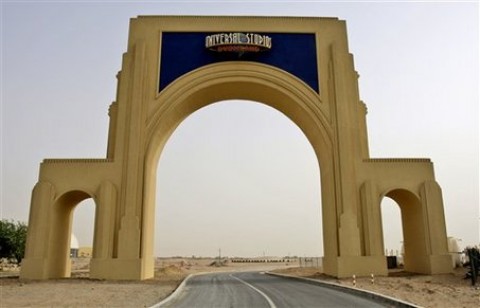 When Walt Disney announced plans to build Disneyland, many commentators speculated that his theme park would prove to be an embarrassing, and expensive, failure. Their view was that Disney should stick to making movies, and that traditional midway operators knew the amusement business better than him.

Those commentators were, of course, completely wrong. Disneyland proved to be an overnight success after opening in 1955, and spawned an empire that now includes theme parks all over the globe. Other firms, such as Universal, have been able to partially emulate Disney's success.

Sometimes, though, the cynics questioning the wisdom of spending hundreds of millions of dollars on a new theme park are proven right. In fact, there are numerous cases of theme parks that collapsed before they even welcomed a single guest. Here are five notorious examples... 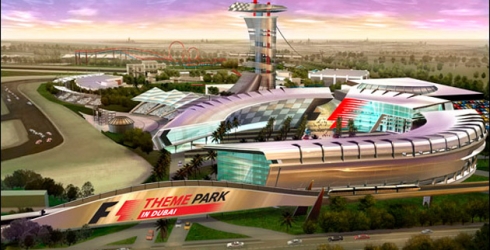 In the years before the economic crisis of 2008, developers in Dubai dreamed up all manner of construction projects. None, though, were more ambitious than Dubailand - a sprawling theme park complex designed to dwarf even the massive Walt Disney World in scope and scale (in fact, it would be double the size of the Florida resort).

Some 45 "mega projects" were planned for Dubailand, including theme parks from Universal, Dreamworks, Warner Bros., Six Flags, Marvel and Merlin-owned LEGOLAND. In total, it was expected that more than $60 billion would be spent bringing this theme park lover's dream to life. 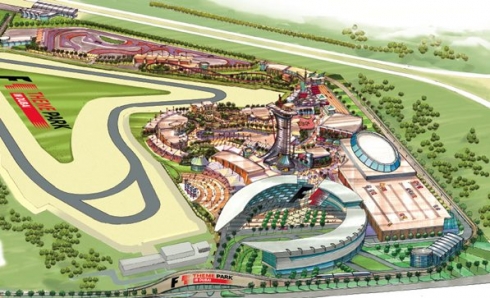 The project was announced in 2003, and construction work did indeed begin a few years later. One of the first theme parks to begin construction was the wildly ambitious F1-X, which was to form part of the MotorCity section of Dubailand, which would also include the Dubai Autodrome Formula One race circuit (which opened in 2004). Naturally, it would be themed around motor racing. 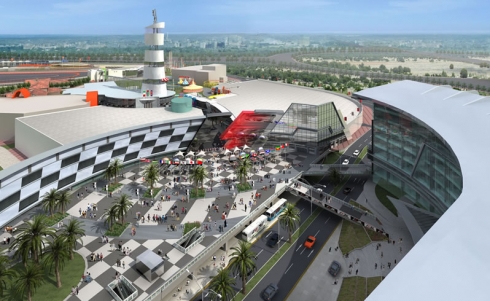 The park was the result of a deal between Union Properties and Formula One, which granted the company exclusive rights to build theme parks based on the sport. Some $360 million was budgeted for the park in Dubai, and there were plans to open further Formula One theme parks in Europe and the Far East. In a sign of the times, Union Properties was able to borrow an eye-watering $1.6 billion for the overall project. 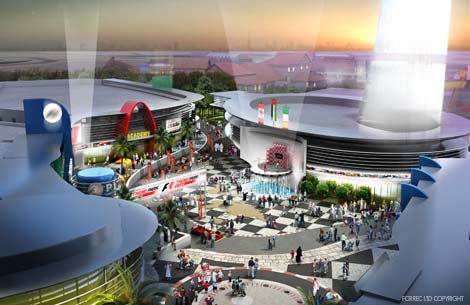 F1-X was to boast a Formula One Museum, various grand prix-themed rides and simulators, along with a hotel. The entire park would be themed around a Formula One paddock, with several F1 teams involved in its design. Three bespoke roller coasters would recreate the experience of driving an F1 car.

The park's downfall came in the face of the global debt crisis in 2008, which brought the insane pace of development in Dubai to a grinding halt. In March 2009, the banks that were funding F1-X suddenly pulled their support, and construction work came to a halt. In July 2010, Formula One supremo Bernie Ecclestone conceded that the park was "not happening".

The F1-X park is not to be confused with the similarly-themed Ferrari World, which successfully opened in Dubai's neighboring emirate Abu Dhabi in October 2010. The Ferrari-themed park is the world's largest indoor theme park, and hosts the world's fastest rollercoaster, Formula Rossa.

This just posted regarding Battersea!