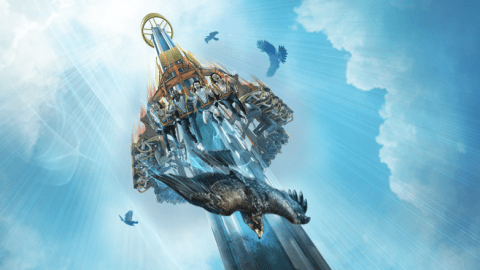 Theme park rides often play on our most primal fears. Yet despite the exhilarating, high-tempo experiences offered by many attractions, according to some psychologiststhey are still perceived by our brains to be "safe" and "predictable" - so riding them becomes therapeutic. If, however, you suffer from an extreme fear of heights, it's unlikely that skyscrapingly-tall rides induce the "good fear" that those psychologists are referring to. Instead, it's more likely than they cause the type of fear that causes you to panic uncontrollably. If you are an extreme Acrophobia-sufferer, it may be best to avoid these 10 monster attractions... 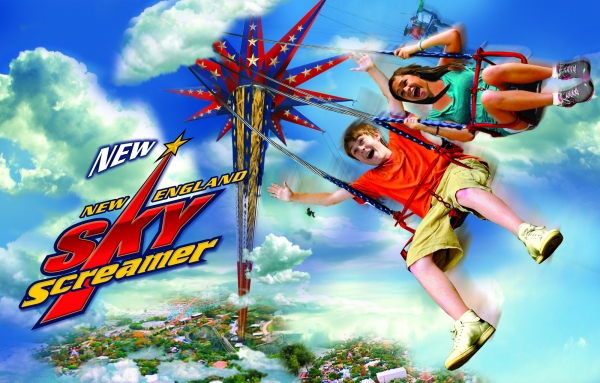 Spinning tower rides, which offer a high-altitude variation on the traditional "Chair-O-Plane" ride experience, have sprung up at Six Flags and Cedar Fair parks across the US in recent years. Guests are seated in chairs that dangle from a circular gondola, which spin as they rise to the top of the tower. Six Flags New England pushes the limits with its New England SkyScreamer stand at a world record 400-feet-tall. 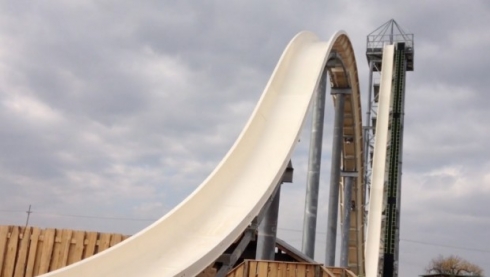 Appropriately named ("Verrückt" is the German word for "insane"), Schlitterbahn Kansas City's new water slide is the tallest in the world at 170 feet. Those brave enough to ride it will hit an estimated speed of 65 miles per hour on their way to the bottom, before being blasted to the top of a second, shorter hill that will stand at a still-quite-tall 50 feet. 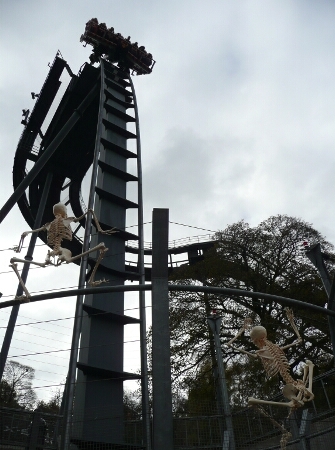 Opened in 1998 at a cost of £12 million, Oblivion was the world's first vertical drop rollercoaster. Riders board wide trains which feature two rows of eight seats, before climbing up a very steep lift hill. They are then held at the top of the 180-feet vertical drop for around four seconds, before plunging into a dark, black hole in the ground. What Oblivion lacks in length and variety, it makes up through the sheer strength of its terrifying, adrenaline-rush-inducing first drop. 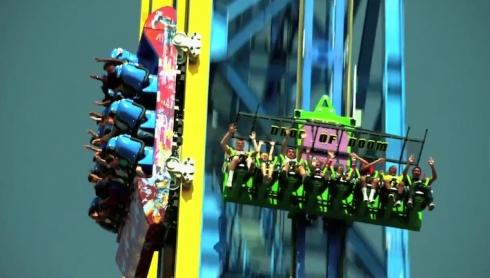 Lex Luthor is one of Superman’s leading "bad guys", and it truly would take an evil genius to dream up a ride like Lex Luthor: Drop of Doom. Standing at a ridiculous 415 feet tall, this drop tower is attached to the side of the Superman: Escape from Krypton roller coaster, enabling the two enemies to do battle. It’ll take you some 95 seconds to be dragged to the top of the tower, giving you plenty of time to take in one of the most amazing views on offer from any theme park ride in the world. You’ll probably be a bit preoccupied, though, thinking about the extraordinary 400-foot drop that is to follow, which will see you hit a top speed of an incredible 85 miles per hour. Don’t eat lunch before riding this one! 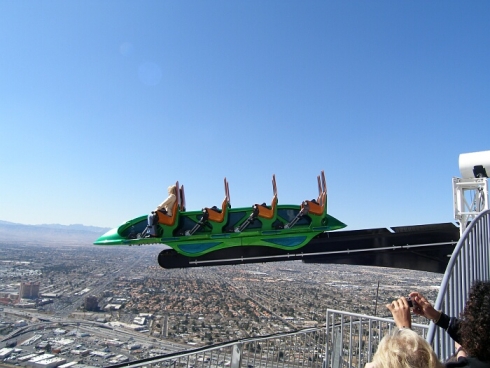 If you suffer from a fear of heights, then X-Scream is even more of a challenge than Lex Luthor: Drop of Doom. Standing at the top of the Stratosphere Tower in Las Vegas, it is more than 866 feet above the ground below. It is essentially a torture device for those with acrophobia, and consists of a 69-foot straight piece of roller coaster track. After boarding the open-top car, you’ll watch in horror as the track tilts downwards and sends you flying out over the edge of the tower. Will it catch you at the end before you plummet the your doom? You better hope so!

I've only been on X-Scream and that was terrifying enough for me. I love roller coasters and their heights never seem to be a problem but being held over the side of a building was probably one of the worst experiences of my life.

I know I will never be able to ride any of these. I couldn't stand riding soarin' at Disney World. I screamed in terror the whole time

I love coasters, but am terrified of heights, looking at some drop tower rides has sent my knees to jelly causing me on one theme park trip to actually fall over while standing still looking at the ride.

BUT, i have ridden oblivion at alton towers and it sucks, i had no reservations getting on, felt rather bored and got off... i was more anxious on the army men ride at disney paris (sad but true i was more scared on a kids ride than the worlds first vertical drop coaster)

Sorry but there are far worse things than oblivion (and a lot of them are on this list... the idea of x-scream makes me twinge)