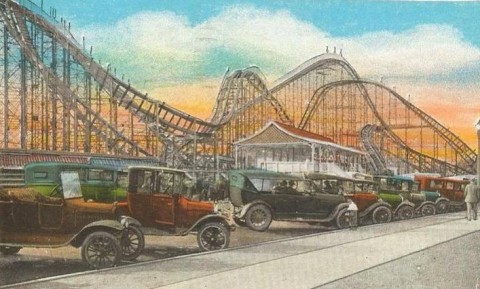 Theme park fans are often adrenaline junkies, willing to ride all manner of extreme roller coasters and thrill rides. In the process, their bodies are thrown from side-to-side, exposed to extreme g-forces and dropped hundreds of feet at faster-than-freefall speeds. But it's all completely safe.

Every now and then, though, somebody devises an attraction that goes beyond simulating danger, and is actually dangerous. Sometimes, common sense kicks in and the concept is canned before it is even built. Other rides close almost immediately when it is discovered that they pose a risk. However, some death trap rides have managed to operate for years before finally being put out of their misery.

The amusement parks of New York's Coney Island helped to establish the popularity of roller coasters and other amusement rides in the United States. They hosted a variety of unique and unusual rides - but 1902's Cannon Coaster stands out as being by far the most ridiculous.

George Francis Meyer's design included a gap in its track. The idea was that the train would leap over it, in a thrilling effect that had never been attempted before. Had the park managed to pull it off, the ride would have simulated the "car leaps canyon" seen in innumerable action movies since.

Mercifully, the "leap the gap" concept was never tested with humans. The train was run through the circuit loaded with sandbags, but several crashes resulted. In the end, the Cannon Coaster opened with the gap filled in. That didn't stop it being popular, with urban myths of fatalities during the test phase helping to ensure its popularity.

Here's one Victorian amusement park design that (thankfully) never became a reality. Dreamed up my Monsieur Charles Carron of Grenoble, France, the Giant Bullet would have seen 15 riders dropping almost 1,000 feet inside a 30-foot-long bullet. At the bottom, this would land inside a champagne-flute shaped, 180-foot-deep well.

Carron's invention was covered in an 1891 issue of Scientific American, which described it thusly:

Mr. Charles Carron, an engineer at Grenoble, has analytically studied the conditions in which the punctuation of the water by such a shell would be effected, and the reactions that the passengers would have to support. The conclusions of this study show that there is nothing, either theoretically or practically, opposed to its construction and to its operation in falls reaching three hundred meters. The accompanying figures give the general aspect of such a shell capable of accommodating fifteen passengers falling from a height of 300 meters...The passengers would be securely seated in arm chairs that exactly followed the contours of their body. 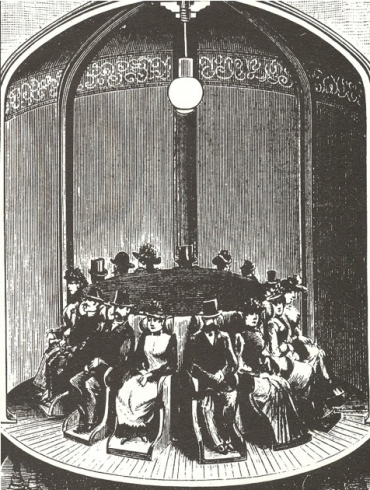 So, at least you'd have been seated in comfort as you fell to your probable death.

A couple years ago I remember my brother doing an essay on the Euphoria Coaster. If I remember correctly it had an emergency stop you were able to push until you went through the loop that caused unconsciousness (of course). He also made a way so you could see and wave to your loved ones easily. It's a very interesting, and rather scary, concept for a coaster.