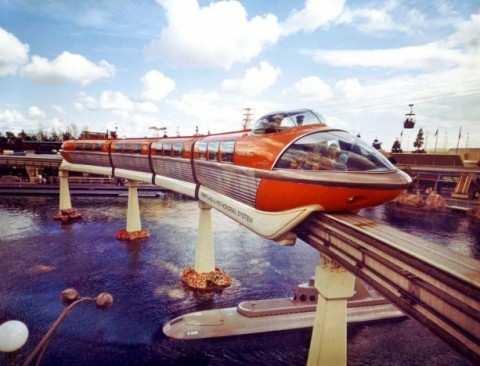 In days gone by, attractions that attempted to predict the future were a major fixture at Disney's theme parks. Walt Disney himself championed the creation of Tomorrowland, one of Disneyland's original themed areas, which featured a host of futuristic rides, shows and exhibits. And EPCOT Center, which opened in 1982, devoted half of its space to Future World, which similary dealt with what was to come. Of course, rides that predict the future become outdated very quickly. Tomorrowland has been overhauled numerous times, and most of EPCOT Center's opening day attractions have either gone or been revised. Nowadays, Disney focuses on building attractions based around movies, rather than cutting-edge technologies that don't yet exist. The days of Disney attractions that show us what is to come may be fading, but we can still look back and see just how accurate some of those forecasts turned out to be. Let's take a look at 10 such attractions and see whether their predictions panned out...

10. Monsanto House of the Future (Disneyland) 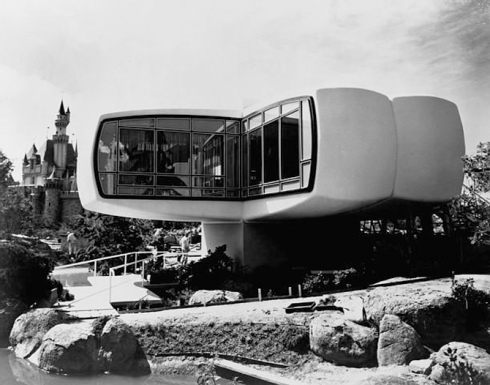 The attraction: The Monsanto House of the Future, sponsored by the Monsanto Chemical Company's Plastics Division, concentrated on plastic as the building material of the future. It was installed in 1957, and was designed to show what life would be like in 1986. The predictions: 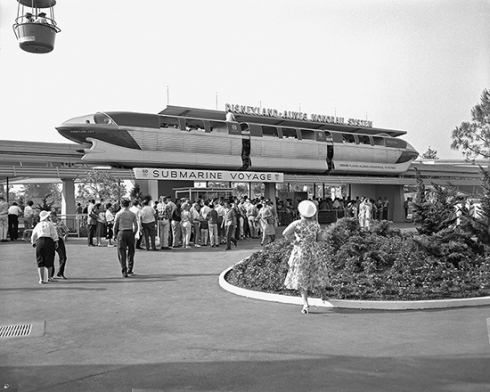 The attraction: The first major expansion of Disneyland was completed in 1959, and included the Monorail. Walt had seen a monorail system in action during a trip to Europe in 1958, and immediately put his Imagineers to work on a version of the German Alweg-style monorail on his return. The prediction: 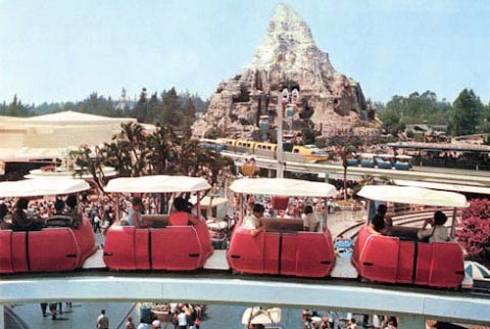 The attraction: Walt Disney longed for an overhead transportation system that could offer people a rapid overview of an area in a city. In 1964, he set Imagineer Bob Gurr to work on creating one. The result was the WEDWay, also known as the "PeopleMover", which opened in 1967. The chief innovation of the WEDWay was that the vehicles never stopped moving. Instead, guests boarded via a circular moving walkway, which dramatically improved the loading speed when compared to a linear walkway. This was coupled with a set of small trains that were pushed along by rotating tires that were embedded in the track every nine feet, each with its own electric motor. The cars themselves did not have motors, and the breakdown of any of the spinning tires would not cause the entire system to break down. The prediction: 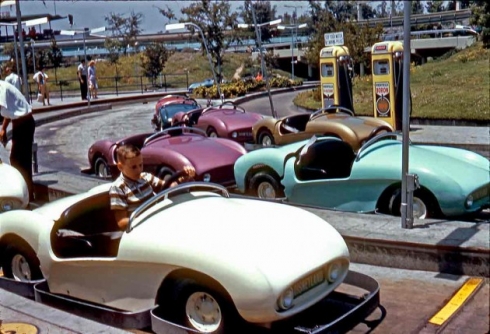 The attraction: Autopia opened with the rest of Disneyland in July 1955. It allowed young riders to board real, gasoline-fueled cars and take them for a controlled spin around a "highway". The prediction:

6. Rocket to the Moon (Disneyland)

The attraction: The TWA Moonliner was a futuristic exhibit located in Tomorrowland, and stood at some 76 feet tall. Adjoining the rocket was Rocket to the Moon, which took guests on a simulated flight to the moon. It opened in 1955. The prediction: