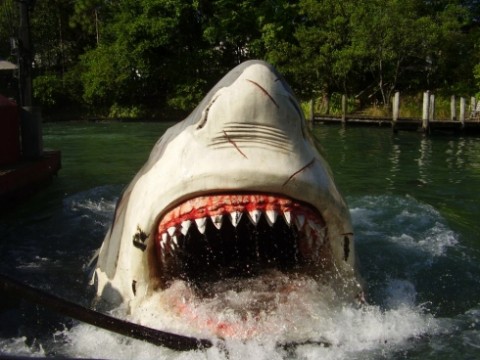 Major new theme park rides are big investments for the operators that pay for them. Generally speaking, they are expected to boost attendance levels in their debut year, and to continue to entertain guests for years (and possibly decades) after that. Most new rides, even the more innovative ones, build upon what has come before them. The ground-breaking Amazing Adventures of Spider-Man at Universal's Islands of Adventure, for example, incorporated proven elements from Terminator 2 3-D and Back to the Future: The Ride. The experience gained from those existing attractions helped to ensure that the new one was a success. Inevitably, though, theme parks can't get it right every time, particularly if they are trying to do something that really breaks the mould. Every now and then, a ride fails so catastrophically that they are forced to write off their entireinvestment and simply shut it down or rebuild it from scratch. And it can happen to the best of them - even market leaders Disney and Universal. Let's take a look at 5 examples. 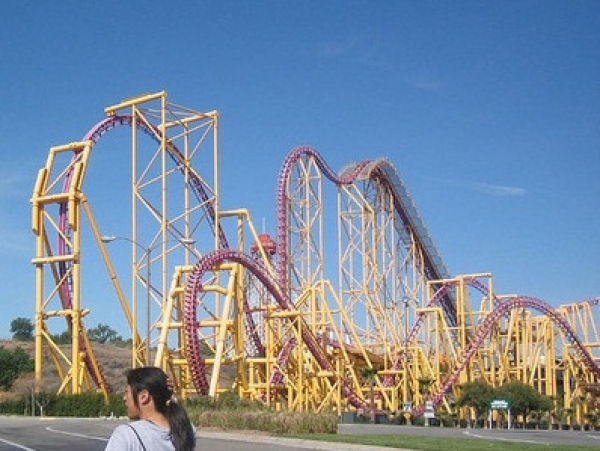 The word "prototype" probably sends shivers down the spines of theme park executives, carrying as it does notions of products that are untested and unproven. But when Six Flags Magic Mountain decided to install a prototype roller coaster from Arrow Dynamics for the 2001 season, it must have felt pretty confident. This, after all, was the company that had worked with Disney to produce the Matterhorn Bobsleds, the world's first tubular steel coaster. The company that had built the world's first double-looping corkscrew coaster for Knott's Berry Farm. The company that had built the world's first log flume ride, for the first Six Flags park in Texas. What could possibly go wrong? As it turned out, just about everything. The construction and opening of X turned out to be such a disaster that it led to the demise of Arrow as an independent company, and left Six Flags thoroughly embarrassed in the process. It's easy to see howSix Flags was seduced into working with Arrow, which was already in severe financial distress at the time. It was offering the chain the chance to install the world's first "fourth dimension" roller coaster, with the train's seats able to rotate 360 degrees during the ride. As the "coaster wars" raged with rival Cedar Fair, this was a chance for Six Flags to get a leg up. Unfortunately, Arrow's mind-blowing concept had one flaw: it didn't work. The ride's opening was delayed from summer 2001 until January 2002, when X did finally open to generally positive reviews. It was a false dawn, though: the coaster was closed again in June 2002 to allow Arrow to make modifications to the trains. It finally reopened in August of that year.

The delays to the opening of the prototype coaster, along with subsequent modifications that were required to its trains, were simply to much for Arrow to cope with. Combined with the failure of the company's next prototype, the Pipeline Coaster, the fiasco led to the company filing for bankruptcy and eventually being acquired by S&S. Despite Arrow's collapse, X does live on. The coaster underwent a major refurbishment by S&S Arrow in 2008, adding new trains, special effects and paint, and received its new name of X2. 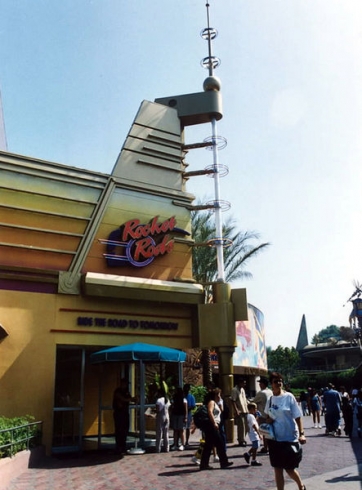 Tomorrowland has always been the most difficult of Disneyland's themed areas to maintain. After all, it is meant to depict the future, and any attractions that attempt to do this are doomed to seem dated eventually. That's why the area has undergone a number of major overhauls since the park opened in 1955. During the 1990s, Disney's Imagineers planned perhaps the most ambitious update to Tomorrowland yet undertaken, one that would transform it into "Tomorrowland 2055". However, the disastrous financial performance of the Euro Disney Resort following its debut in 1992 put an end to those plans. Instead, then-CEO Michael Eisner instructed the Imagineers to revive the area without breaking the bank. Ironically, in order to stay within the budgetary restraints forced upon them by the Euro Disney Resort disaster, the Imagineers decided to lift a concept from the Parisian park. Tomorrowland would be given a new "steampunk" look, inspired by the retro-futuristic Discoveryland at Euro Disneyland. The entire land was repainted in bronze, with rocks bursting from the ground. The budget didn't stretch to adding many new rides, but an expensive update to the aging PeopleMover ride would create a new headliner ride for Tomorrowland. Or at least, that was the plan. 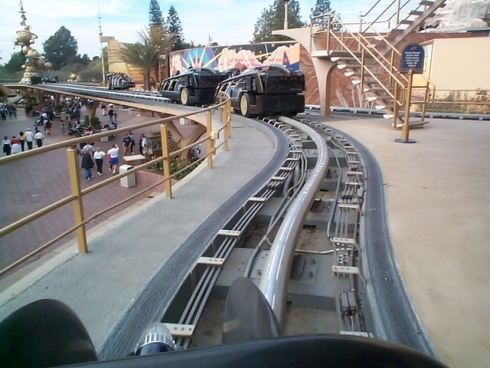 The moderately-paced PeopleMover vehicles were replaced by the Rocket Rods, a high-speed thrill ride that operated on the same track. After boarding a 5-seat Rocket Rod, riders raced around the circuit at a much faster pace than the old WEDway vehicles. Unfortunately, the attempt to bolt the new attraction onto the existing PeopleMover infrastructure proved to be catastrophic. The unbanked turns weren't suited to high speeds, so the Rocket Rods had to slow down to a crawl on each bend. Tires wore out quickly, and the entire attraction was shuttered in September 2000. It's still standing but not operating today.

What about Drachen Fire?

That's a great one! Loved that coaster but in the end it was a failure too.

I have thought the very same thing for years. Would love to know the answer.

Because it isn't ADA compliant.