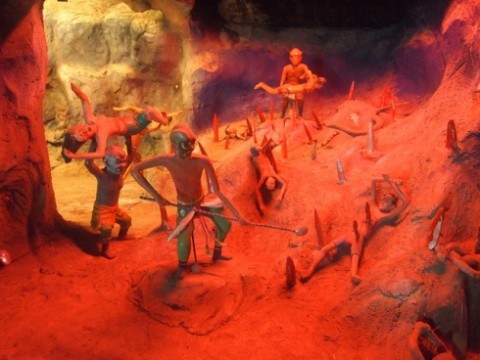 Theme parks typically attempt to take their guests on a trip into a fantasy world. Often, that means a realm of fairytales and castles. Elsewhere, it might mean meeting cowboys or stepping onto the set of a Hollywood movie.

Sometimes, though, it means being dragged directly into the underworld.

Yes, the brief appearance of "hell" at the end of Disneyland's Mr Toad's Wild Ride isn't the only instance of satan and his minions being let loose on theme park guests. And unlike Disney's lightweight portrayal of the the afterlife that we all want to avoid, some theme parks in Asia have an altogether more brutal approach.

Looking for a reason to stop sinning and set yourself on a path towards heaven? Visit one of these three astonishingly grim theme parks at the earliest opportunity...

Haw Par Villa is home to more than 1,000 statues and 150 enormous dioramas depicting scenes from Chinese mythology and folklore. Also known as Tiger Balm Gardens, it was taken over by the Singapore Tourism Board in 1988 after years of failing to turn a profit. Given the way that it deals with its subject matter, its lack of commercial success may not be a huge surprise. 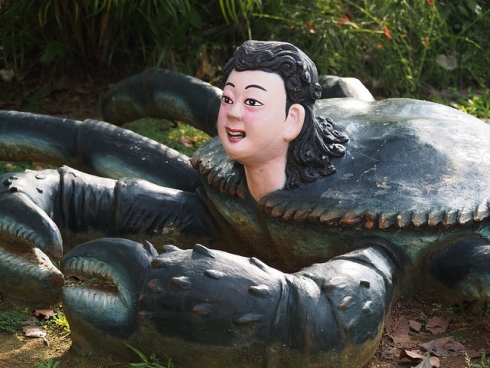 The signature attraction at Haw Par Villa is not a roller coaster - in fact, rides were briefly introduced in 1985 but soon phased out in favor of more dioramas. Instead, the headliner is the Ten Courts of Hell, which features shockingly gruesome depictions of hell as envisioned in Chinese mythology and Buddhism. This was once set inside a 60-metre long dragon tail, but sadly it now lies within relatively bland grey stone walls. But its contents are anything but bland.

The attraction consists of nothing else but statues of people being horrifically tortured and murdered, with blood being sprayed liberally all over the place. 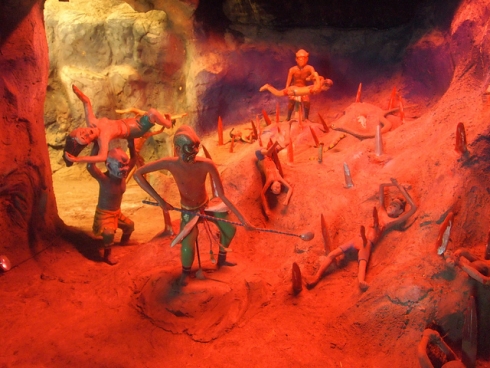 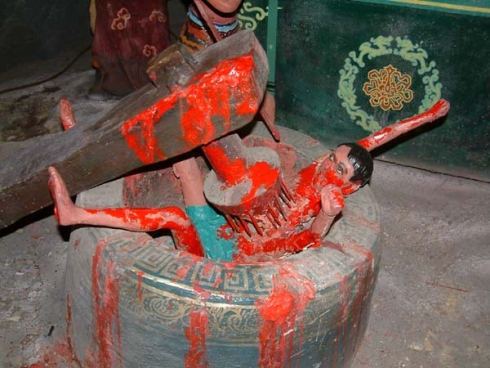 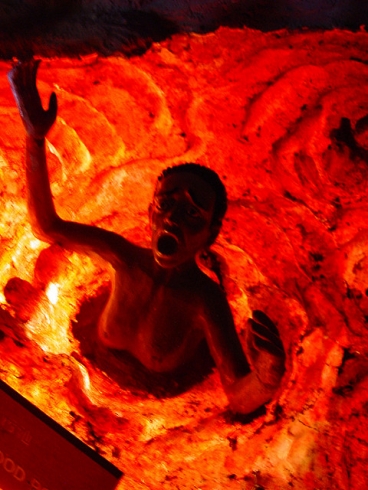 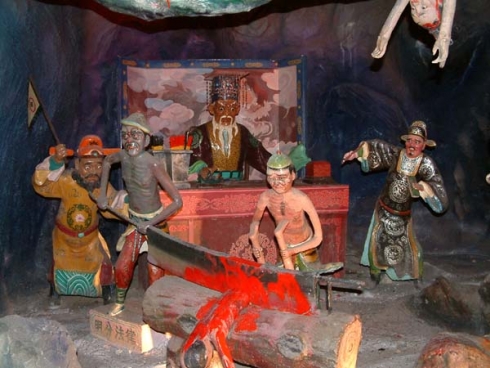 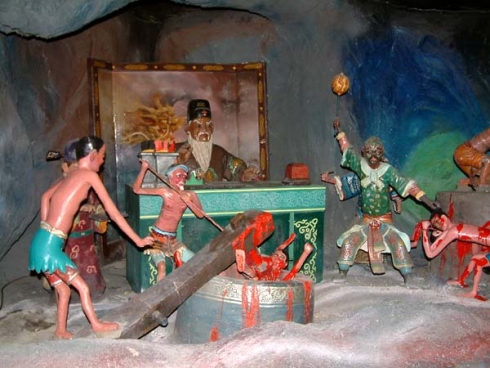 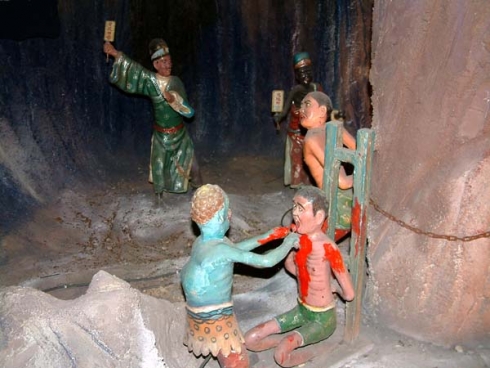 Fancy a trip to hell, Haw Par Villa-style? You won't have to pay - entry to the park is (mercifully) free.

Don't forget that riders on the Simpsons ride at Universal parks get to go to hell for a brief second during the drop if doom scene!