The 5 Pet Hates of a Walt Disney World Cast Member 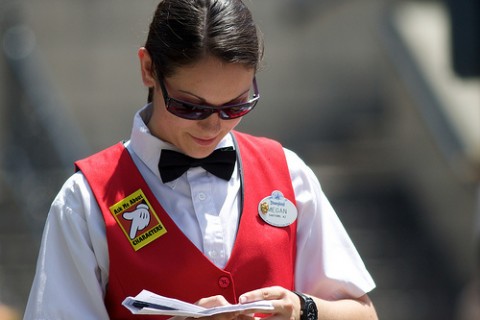 In recent months, we've carried out a series of interviews with current and former Cast Members at Walt Disney World. Almost all of them loved their jobs, and spoke in glowing terms about the daily interactions that they had with guests at the resort.

Of course, the reality of working at a resort that handles tens of thousands of visitors every single day can't all be pixie dust. Most of the guests are polite, excited and thrilled to be on a Disney vacation. Mingled in with them, though, are a handful of visitors who a rude, obnoxious or outright dangerous.

Former Cast Member Amy Ziese knows this better than anyone, having undertaken a wide range of roles during her time at Walt Disney World - including working as a housekeeper, a Jungle Cruise "skipper", a Kilimanjaro Safaris driver and in several of the Magic Kingdom's retail stores.

So that we can avoid making Cast Members' jobs more difficult than they need to be, we asked Amy what annoyed her most in each of those jobs - and uncovered these 5 "pet hates". 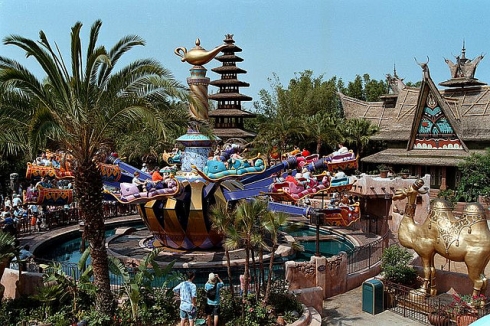 "I strongly disliked the line jumpers," remembers Amy, who also worked on the Magic Carpets of Aladdin at the Magic Kingdom. "The queue at the Magic Carpets was a small, cozy queue and people thought that they could just jump over the chains to get into the line. Rather than walk the extra seven feet to go into the actual entrance, they’d risk injury by stepping over a giant metal trip hazard. We also had low walls around the queue that people would sit on and we’d tell them to get down. While that was bad, it wasn’t the worst. My least favorite was when you asked a kid to get down from the wall or off the chain and their parent would say something like, 'See? I told you to get down.' I always wanted to say, 'No you didn’t, because if you had, they should have gotten down.'"

4. Parents who don't care about their child's safety 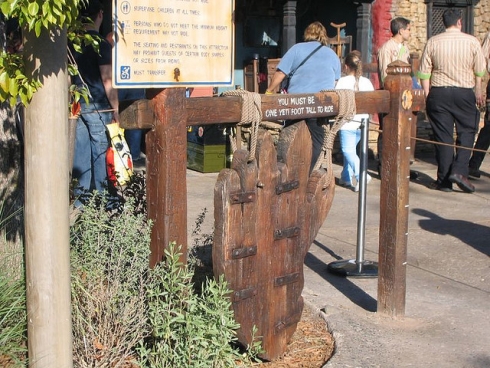 Disney rides generally have lower minimum height requirements than those at other theme parks, because the company knows that it needs to make them accessible to as broad a spectrum of guests as possible. There are limits, though, particularly when it comes to roller coasters or other thrill rides.

That was the case at Dinosaur at Disney's Animal Kingdom, where dealing with the height sign was the least favorite part of Amy's job. "Parents would get very upset if their children were too short, despite the fact that Dinosaur is very intense and usually inappropriate for anyone too small to ride it."

The same was at Star Tours at Disney's Hollywood Studios: "I hated dealing with the height sign. Parents could get so upset when their children were too short to ride. The Cast Members aren’t the ones who make the rules, but we could lose our jobs for missing a child that’s too short. Parents never seemed to appreciate that the height limit is a safety consideration and we have to follow it the same way for each and every guest, even if the child is only a hair too short." 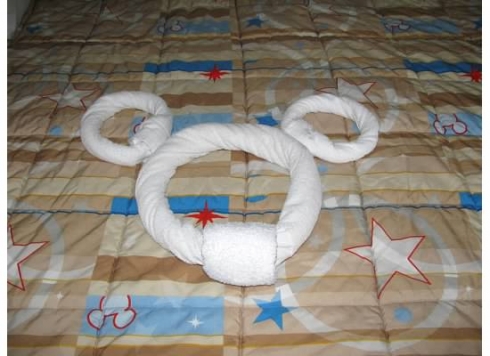 There were many fun aspects to Amy's role as a housekeeper, particularly leaving behind "towel animals" in guests' rooms. Some visitors, though, leave their rooms in a pretty unmanageable state: "Many guests would leave their rooms in really abhorrent conditions with trash on the floor and a huge mess around the room. It was often difficult to clean rooms like this because you’re not supposed to touch the guests’ belongings, but you can’t easily vacuum or make beds when things are left really messy."

I figured too many annoying people that don't get the joke complained about cast members' demeanor at Haunted Mansion. They aren't as "mean" as they used to be. I always thought it was hilarious and part of the ride's charm.

I was in Entertainment for a good amount of years where I was treated fairly well, then transferred to rides for a bit, and the difference was ridiculous. Folks, PLEASE be nice to your ride operators. They are treated horribly by their management and the company, they don't need anything from you. If they make you move down in the theatre, or your child is too short, or they make you stow your bag, it's not their fault. It's procedure. They get treated by the company like gum on the bottom of someone's shoe. Please, be nice to them!!!

I was there last year for my first time ever and I just loved everything and everyone there. One of my best vacations ever and I loved all Disneys help. Very nice. I want to go again as soon as I save up more money to see all the parks. Just loved it!! Great job

I've only had two issues with cast members out of five trips. One was a lifeguard who wasn't paying attention directly in front of him, my daughter got pretty far away, I didn't realize it was a deep area until she started struggling for air. Her brother was near her and dove in to save her. Then the same trip I asked a cast member if I could go inside a ride to tighten my sons seatbelt. The cm was very sarcastic and said it wasn't a rollercoaster he'd be fine.

Every other cast member has been amazing, I don't know how they do it day after day, customer after customer. Disney cast members are top notch and deserve far more kindness then I'm sure they get.

I've been going to Disney since I was a little girl in thr 70's. My husband and I now take our kids there and are planning another trip next year. I have never had a problem with any CM. As a matter of fact, there was one time when my son was about 4 and we were heading across the bridge in Epcot to the Countries. We no more than stepped foot in Mexico when he started to have a meltdown. We tried everything to calm him down. A wonderful CM came over, talked to him, made him smile, and gave him a Pinocchio pin from her lanyard. I knew right then why it's called THE HAPPIEST PLACE ON EARTH!