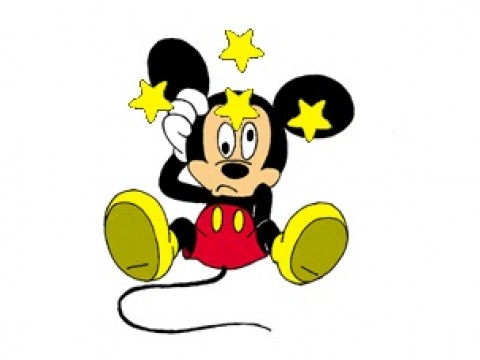 Walt Disney World's rides and attractions take you on all kinds of wild adventures - racing through space in Star Tours: The Adventures Continue, entering a "fifth dimension" on the Twilight Zone Tower of Terror or being blasted into space on Mission: Space. Of course, the reality is that you're not really doing any of these things - you're actually completely safe, and riding in a piece of machinery that has been designed to trick your brain into thinking things are happening that really aren't. We've already taken a look at the the actual physical effects that theme park rides have on your body. Some of them are pretty damn weird - organs floating inside your body, and your heart pumping blood in the wrong direction, for instance. Now, we thought it would be fun to look at the ways that your brain is fooled by Disney's Imagineers into believing that all kinds of things are happening to your body. Here are 5 of the most ingenious examples.

5. Staring down a loooooong corridor at ghosts (Twilight Zone Tower of Terror) 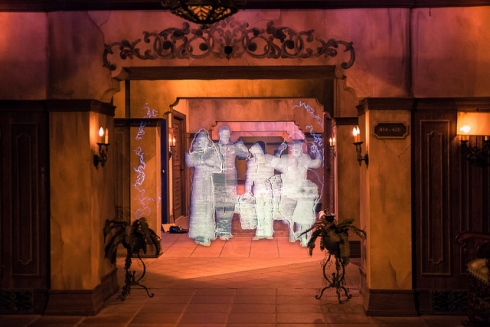 The experience: As they climb in a service elevator towards the top of the Hollywood Tower Hotel, riders witness a scene in one of the hotel's corridors in which ghostly figures of former hotel guests beckon them into the Twilight Zone. The spirits are then zapped by lightning, and the room transforms into stars and empty space, with the exception of the window at the end of the corridor. This then smashes. The trick:There are really two separate tricks at play here. The first one is "Pepper's Ghost", which is famously used in the Haunted Mansion's ballrooms scene. The ghostly figures are projected via a mirror onto a diagonal sheet of glass, giving our brains the impression that they are right in front of us. The corridor is made to look longer than it really is using a forced perspective technique, with the elements at the far end being smaller than those that are closer to riders. In fact, the corridor is 10-feet-high at the front, and only 4-feet-high at the back. The Pepper's Ghost trick is used once again to show the window morphing and smashing, in combination with fiber optic lights that are used to represent the stars.

4. Convincing you brain that you're flying in a spaceship (Star Tours: The Adventures Continue)

The experience: Star Tours was a revolutionary attraction when it first opened at Disneyland in 1986. Taking guests on a tour of the Star Wars universe, it saw them boarding Star Speeder vehicles for what should have been a leisurely trip. Before they knew it, riders were under fire from Imperial forces, and racing downwards towards the Death Star. In 2011, the attraction underwent a major upgrade to become Star Tours: The Adventures Continue, and there are now 54 different possible scenarios created by splicing together different scenes. At heart, though, the core experience remains the same. The trick:The Star Tours motion simulators completely enclose their occupants, creating the sensation of being in a moving vehicle. In order to do this, the ride takes advantage of the way our brain interprets signals from our sensory systems. In particular, it focuses on three classes of sensory input: 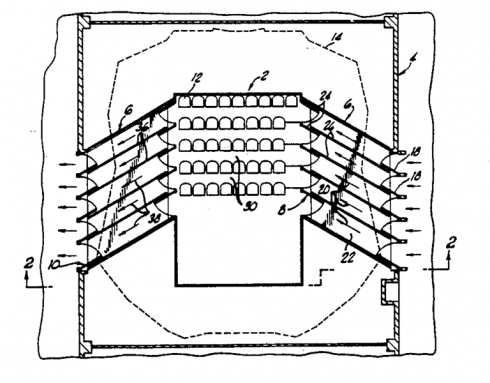 The rough layout of a Star Tours simulator.

It is not possible to completely, correctly simulate the motion of a spacecraft in the limited space available for a Star Tours simulator. Instead, the ride aims to simulate the relevant cues as closely as possible - taking advantage of imperfections in the way that we perceive acceleration and motion. Here are a couple of examples of how it does this:

You can see the angle of the mirror on the floor in the picture for Tower of Terror. From the base of the plant on the right to the bottom of the pot on the left.

Dinosaur is my absolute favorite ride.