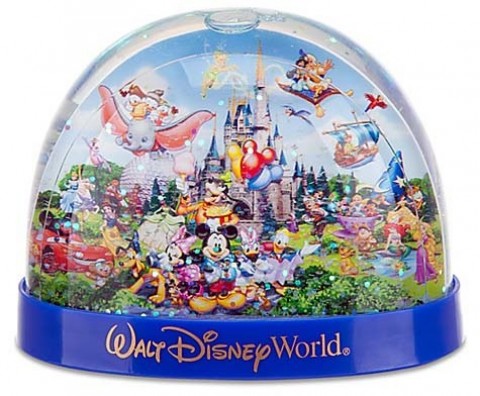 When he created Disneyland, Walt Disney was determined to control the environment in which he placed his guests. That meant carefully constructing and laying out the fantasy worlds within. It also meant blocking out the world outside the gates, so that visitors could enjoy themselves free of their everyday worries. At Disneyland, and at the other theme parks that it has constructed since, Disney has gone to great lengths to shield its guests from the nastier aspects of the real world. Often, this involves spending huge amounts of extra money that most other theme park operators simply wouldn't consider worthwhile.

Not a practical solution.

At one stage, as he evaluated a project to build a theme park near New York, Walt even considered building a vast dome over the entire park to control the weather inside. Unfortunately, this was too expensive even for Disney to implement. Next time you visit a Disney park, consider these 8 ingenious ways that the company uses to ensure that you're completely immersed in its version of reality. 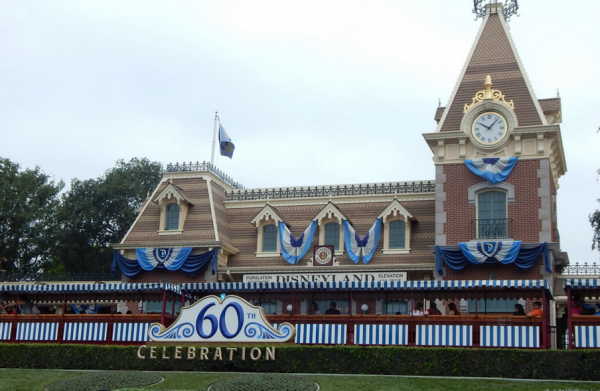 Disney's theme parks are often surrounded by other structures. In some cases, these were built by the company itself. In others, they belong to surrounding businesses or residents. Usually, they are modern buildings - ones that wouldn't look at all at home in Frontierland or Fantasyland, for example. Disney doesn't want you to see those structures while you're in its parks, thus ruining the theme of its lands. One of its earliest solutions to this problem, implemented at Disneyland, was simply to place an elevated berm - basically, a wall of dirt - around the entire park. It then sat the Disneyland Railroad on this. It has repeated this trick at many of its subsequent parks - although, famously, Disney's California Adventure was slammed for not featuring a berm, enabling guests to see the nearby Anaheim Convention Center.

Disney is careful to hide the more mundane features of its theme parks from guests, such as staff locker rooms, security offices and utilities. How it does this varies from park-to-park. For example, the vast Epcot is circled by an enormous service road that allows Cast Members to get around without being seen by guests. Of course, the most famous (and extreme) example of Disney hiding things away from guests is the underground tunnels at Walt Disney World's Magic Kingdom. These were based on Walt's original ideas for the never-built Experimental Prototype Community of Tomorrow, a futuristic city that would have seen its roads buried underground to avoid its residents having to deal with traffic and smog. The tunnels span an incredible 392,040 feet, and were actually built at ground-level before being covered over using seven million cubic yards of earth that was excavated dring the creation of the artificial Seven Seas Lagoon. This increased land preparation costs by some $5 million- a huge sum back in the late 1960s when work began. 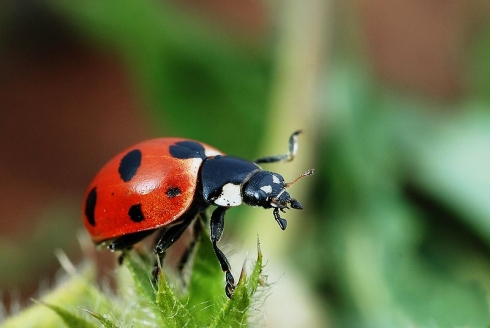 In the real world, most areas that are frequented by millions of people every year are swamped by pests. Some of them feed on our garbage, such as rats. Others feed on plantlife. Still others feed on us. Managing these pests - and keeping them away from guests - is a major undertaking for Disney. Again, the enormous Walt Disney World provides the best example. The resort, of course, was built on swampland - and that means lots of mosquitoes to prey on guests, not to mention creatures such as aphids that would devour Disney's beautifully-landscaped plants. To control these pesky bugs, Disney releases millions of "good" insects, such as ladybugs, every single year. It even houses chickens at the resort, which it checks ever week for the presence of antibodies to viruses borne by mosquitoes (it uses the results to decide on further action, such as spraying chemicals). You can learn more about Walt Disney World's bug army in this recent article.

Rodents are handled differently depending on the location. At Disneyland, feral cats famously prowl the park at night, with Disney's blessing. At Walt Disney World, snakes perform a similar role. 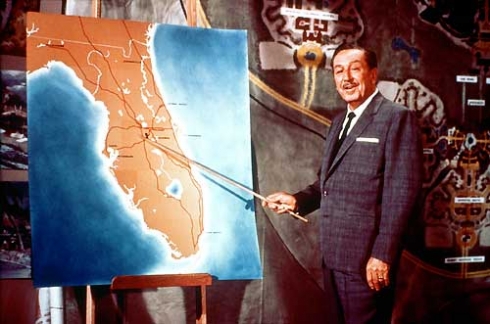 When Disneyland first opened, Anaheim was not the bustling area that it is now. However, the popularity of the park soon led to urban sprawl, with ugly motels being built around its perimeter. Walt Disney was furious, and determined not to see a repeat at future resorts. That's why his company bought more than 25,000 acres of land to build Walt Disney World in Florida - enough to keep guests far, far away. It wasn't easy to repeat that trick at other resorts - Disney and its partners couldn't just go and acquire half of Tokyo to build the Tokyo Disney Resort, for example. But it has tried its best. The Disneyland Resort Paris occupies a massive 4,800 acres of former farmland, while even the relatively compact Shanghai Disney Resort will cover nearly 1,000 acres - double the size of the original Disneyland Resort.

Sad because its true

This is the old Disney... The new Disney is the real world... Its still fun to go to, but not so much magical.

Unfortunately with the amount of people they let in every single day the magic I'd getting lost. With the induction of the Southern California, pay by the month, passes the parks are packed all the time. My family has been going since 2006, live it off state, multiple times a year with our annual passes. We are now planning other vacations due to the high crowds. Disney had even started letting people wear vulgar t shirts, that children should not read, into the parks. It is a shame. We will always have a special spot in our hearts but until they stop focusing on greed we are going to look elsewhere.

I used to love that the buses throughout Disney World only played Disney music. Now you hear all sorts of pop music on the buses and I feel cheated. The Disney music continued that feeling of being in a magical world. I am now yanked back to reality whenever I take the buses. So sad.