The 10 Most Spectacular Failures in Theme Park History

Building a new theme park can be a risky venture. It's hard to imagine a more spectacular failure than Euro Disneyland, which came close to bankruptcy after its disastrous opening in 1992. And, of course, there was the debut of Universal Studios Florida in 1990, when all of three of its headline attractions were out of action for months.

Those two parks, though, did eventually recover. So too did Disney's California Adventure and Hong Kong Disneyland, both of which suffered a troubled start to their existence. But some theme parks have crashed and burned so badly, and so quickly, that they never again opened their gates.

Let's take a look at 10 great examples of what NOT to do when constructing a new theme park. 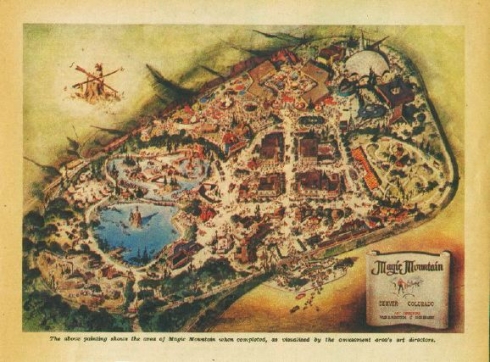 Many entrepreneurs looked on enviously as Disneyland opened in 1955. One of those looking to enter the theme park business was Walter Francis Cobb, who had already created several roadside attractions in the Denver area. In 1957, he teamed up with John Calvin Sutton to form Magic Mountain, Inc. and announced plans to build the first full-scale theme park to be constructed by a company other than Disney. He hired a host of former Disneyland employees, including the man that led its construction, C.V. Wood.

From 1957-59, a host of attractions were built, including the railroad and a Main Street, USA-style area. Almost immediately, though, financial problems surfaced, and the plans were scaled back - with Magic of Industry and Storybook Lane being dropped altogether. An artificial ski slope was installed and proved to be successful, but the theme park was shuttered in 1960. Many of its rides were sold off to Six Flags Over Texas, a regional theme park with more modest ambitions. 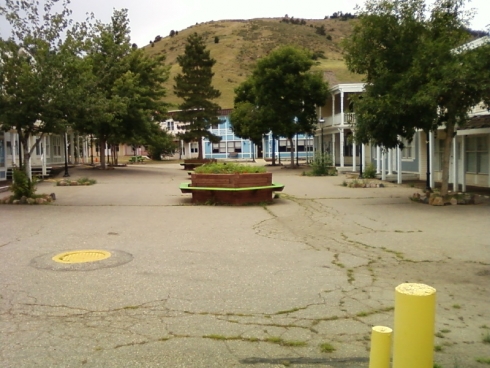 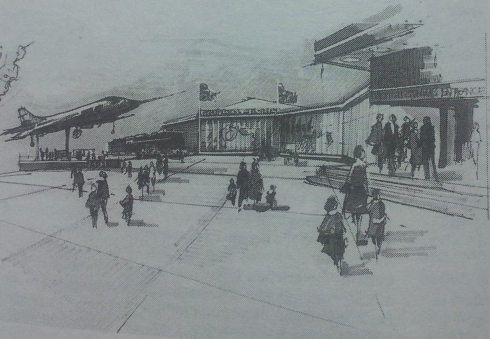 The success of Alton Towers in the 1980s created a new industry for theme parks in the UK, and competitors were determined to grab a slice of the piece. Among the first to try was KLF, a Kent-based company fronted by chairman and managing director Peter Kellard. The firm signed a deal with Derbyshire County Council to redevelop a 350-acre former opencast mining site into a major theme park that would celebrate Britain’s past, present and future. The initial plan was for Britannia Park to open in 1982, and Kellard confidently predicted that it would surpass the Tower of London as the UK's most popular tourist attraciton, pulling in more more than 5 million visitors per year.

After a lengthy legal battle with local residents who opposed the project, construction started more than three years behind schedule. The park’s opening day was eventually scheduled for June 27, 1985. "Rule Britannia, Britannia Park is great" was the catchy jingle that accompanied the park’s advertising. Heavyweight boxer Henry Cooper was on hand to open the park, while a Concorde performed a flypast. Kellard promised that guests would "see a whole representation of the country in one day". For this privilege, adults would pay £3, and children £1.50. 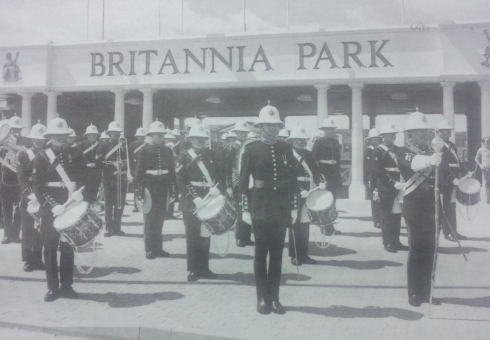 Unfortunately, the park was far from finished. The entrance area was in place, along with five Epcot-style pavilions in the British Genius area and a miniature railway line. Much of the rest of the site hadn’t even been landscaped by this point, and resembled a construction site. Visitors were not imopressed, and the park shut its gates after just 12 weeks of operation at the end of November 1985.

With no private sector rescuer stepping up, Derbyshire County Council was forced to buy back the park for £2.5 million with the aid of a bank loan. It would eventually reopen two years later as the American Adventure. The Fraud Squad subsequently launched an investigation into the running of the park, resulting in one of the longest criminal trials in UK history. Kellard was eventually sentenced to four years in prison for his part in the fraud (he served just one, for health reasons), with the chairman of Britannia Park, John Wright, receiving a six-month sentence. 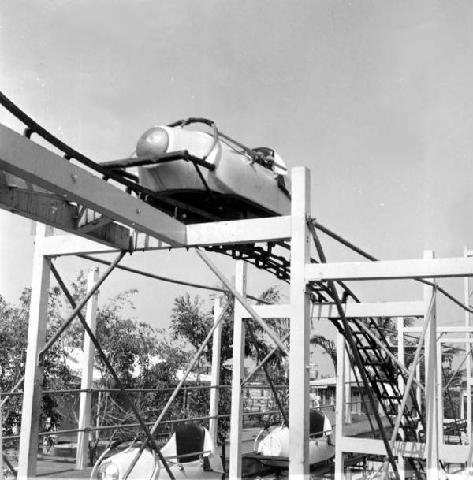 While Walt Disney was considering building a second theme park on the east coast, he held discussions with the Recreation Corporation of America. RCA, though, balked at the cost - and Disney ultimately went it alone with Walt Disney World. RCA continued to look for a way into the theme park market, however, and developed its own park in Florida. The 100-acre Pirates World opened in 1967 in Dania - meaning that it actually opened some four years before the Magic Kingdom. 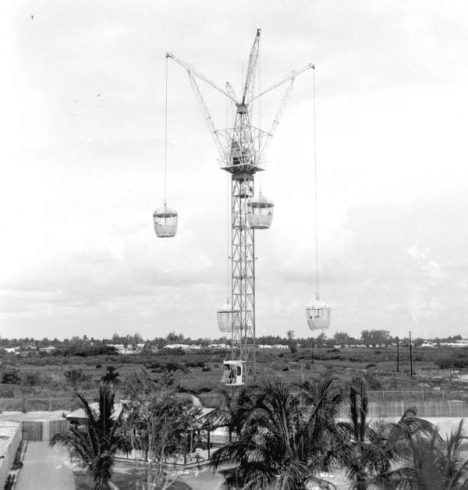 Pirates World's attractions included The Crows Nest, an observation tower that had originally been the Belgian Aerial Tower at the 1964/65 New York World's Fair. Another highlight was the Pirate Ship, which cruised along a "river", coming under fire from enemy pirates. Elsewhere, a wild mouse-style roller coaster, a log flume (also acquired from the World's Fair) and various midway-style rides rounded out the line-up.

Due to the RCA connection, several major bands (including Led Zeppelin and Black Sabbath) were attracted to perform concerts at Pirates World. It performed well initially, but the folly of RCA's decision not to collaborate with Disney soon became clear. The park struggled after the 1971 debut of the Magic Kingdom, and was forced into bankruptcy by 1973. It was eventually developed into housing. 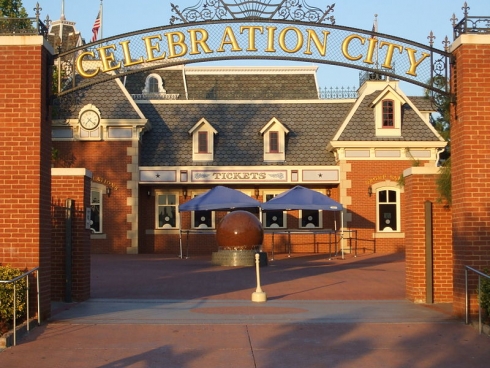 Herschend Family Entertainment has a great track record in the American amusement industry, running successful parks such as Dollywood and Silver Dollar City. It's fair to say, though, that Celebration City was not one of its most successful ventures.

Conceived as a "night-time theme park" to complement Silver Dollar City, the park was built on the site of the former Branson USA amusement park, which itself had surived for only two years after opening in 1999. At a cost of around $40 million, it was given a new theme, based around America in the early 20th century. The idea was that guests from the 19th century-themed Silver Dollar City could continue their day at the second park, which would operate from the late afternoon into the evening, capping the day with a laser and fireworks display. 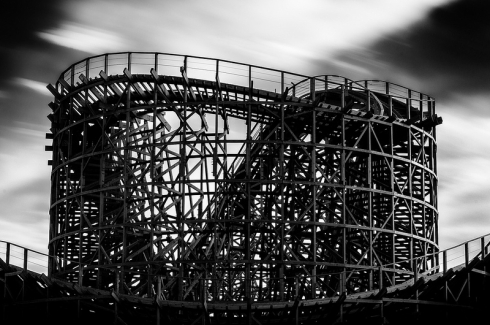 Celebration City threw open its gates in 2003, complete with a $4 million wooden roller coaster dubbed the Ozark Wildcat. It failed to meet financial expectations, however, and closed in October 2008. Although Herschend has explored options to revive it, it remains shuttered - its headline roller coaster still standing as a reminder of its failure. 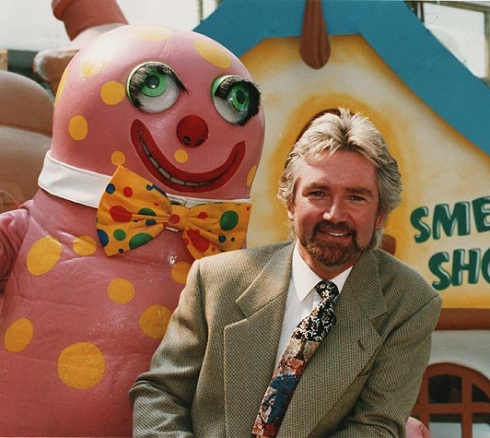 At the height of his fame in the late 1990s, Mr Blobby attracted almost 17 million viewers to the BBC's Noel's House Party television show, hosted by Noel Edmonds. The large, pink character caused chaos wherever he went, and although many adults despised him, he proved to be a huge hit with younger viewers. 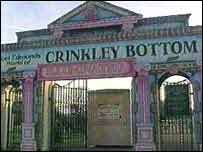 Mr Blobby's popularity led to the opening of two theme parks dedicated to the character. The first, in Lancashire, closed down just three months after opening in 1994, resulting in a £2.5 million loss for the local council - which, of course, was funded by taxpayers. The council attempted to sue Noel Edmond's company, Unique, for a breach of contract, but eventually ending up paying out £950,000 itself to the firm in an out-of-court settlement.

The final report into the fiasco saw district auditor Clive Portman accuse the council of failing to protect taxpayer's interests, having taken on the entire financial risk for the project.

The second Mr Blobby theme park, in Somerset, lasted a little longer, closing in 1999 after Noel's House Party was finally cancelled by the BBC. Some of its attractions were left in place after it was abandoned.

Heritage Square is located in Golden, CO.and is home to several flat kiddie and family rides and a Python coaster.They also have a zip line, miniature golf, and bumper boats. The Alpine slide has been permanently closed. Here's their website. They will be open for 2016. http://www.heritageamusementpark.com/

Wow! It closed 6 years before it even opened! THAT'S impressive.

I love articles like this, but please invest in spell check at the very least. Lots of typos that should have been corrected before this was posted.

U were wrong about hard rock park. They invested and it cost 400 million to open the park as I lived in myrtle beach when it opened and worked in the business office and new manager and operator john stine who I got to know real we'll. it was a great built park but just opened at the wrong time. And when they closed early the employees were Able to buy all the merchandise left over they wanted for a mere fraction of what it cost when they sold it in parks. I have almost two copies of everything that was merchandise and show related in the park along with all the special edition hard rock badges they had.