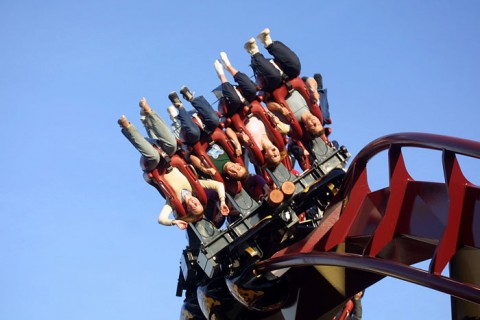 Theme park rides are incredibly safe. Millions of riders experience them every year, and serious accidents and injuries are very rare. Still, rides doexert some extraordinary forces on our bodies, causing some really strange things to happen. It's the feeling of experiencing these sensations on our bodies that actually makes riding theme park attractions so fun - and the designers and engineers that create them are very careful to ensure that the forces placed on our bodies are kept within safe limits. You may be intrigued to find out exactly what is going on while you're racing around on a roller coaster, twirling around on a thrill ride or plummeting downwards on a drop tower. Here are 5 unusual things that your body will go through during a typical theme park trip.

5. Your blood moves towards your feet 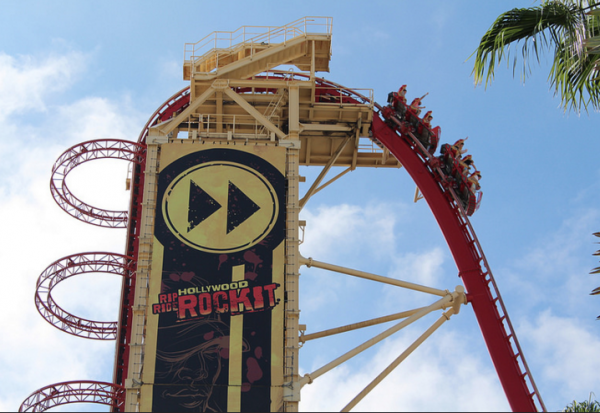 When you're riding a roller coaster or another high-speed attraction, your body is subjected to G-Forces (the "G" stands for "gravity"). There are various different types of G-Force, each of which has differing effects on our bodies. One of those types is Positive G-Force, which occurs at the bottom of hills on a coaster. In simplistic terms, the force is exerted because the train (and your body) is heading rapidly in one direction (downwards), but the track suddenly forces it in a different direction (upwards). The net effect is that you feel heavier. If you're going fast enough, the force can be enough to slow or even stop the flow of blood to your brain and eyes. In very extreme cases, this can cause "greyouts" (a loss of color vision), tunnel vision (a loss of peripheral vision) or even blackouts (a complete loss of vision). Kings Dominion adjusted the layout of Intimidator 305to try and eliminate these effects. Negative Gs have the opposite effect, and occur when a train crests a hill at speed or plummets down a sudden drop. This has the opposite effect on your blood - sending it racing towards your brain and making your hair stand on end.

4. Your body gets pushed backwards, even though it's going forwards 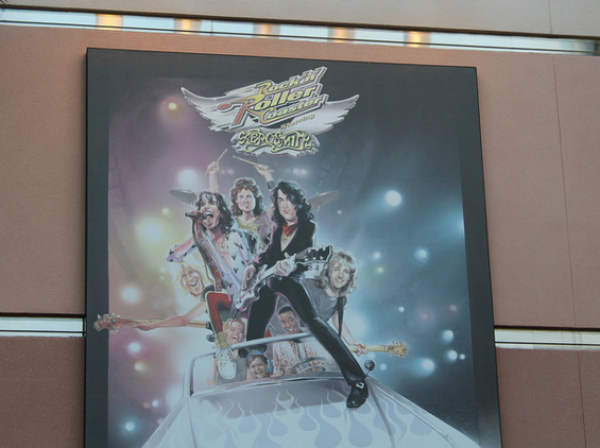 Our bodies feel acceleration in a very strange way - such as when we're being blasted from 0 to 68 miles per hour in 2.8 seconds on Disney's Rock 'n' Roller Coaster Starring Aerosmith. The actual force that is acting upon us, of course, is the seat pushing our bodies forwards. However, what we actually feelis pushing coming from the opposite direction, so it feels as though we are being forced backwards into our seats. This is the effect of "Linear Gs".

3. Your organs "float" inside you 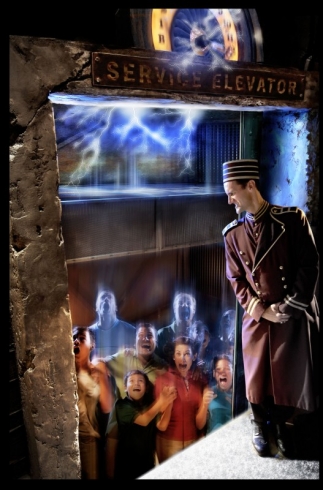 Have you ever wondered why your stomach feels strange when you're plummeting downwards on Disney's Twilight Zone Tower of Terror? When you're standing on the ground, the force that you notice isn't the downwards pull of gravity, but the upwards force of the ground beneath. This pushes up on your feet, and in turn on your bones and organs. When you're in freefall, there is barely any net force acting upon you. The individual parts of your body are no longer pushing on each other as they normally do - instead, they are effectively "floating" inside you, falling at their own rate. We aren't used to this feeling, which is why our brains sense that something is amiss. That sinking feeling in your stomach comes because there is less force acting upon it, and it is suddenly very light.