5 Amazing Fictional Theme Parks Where the Guests End Up DEAD

Theme parks are pretty fantastical places, packed with impressive scenery and towering rides. It's no surprise, then, that they've been used as the setting for major movies and television shows on many occasions.

Unfortunately for the guests at these fictional theme parks, things tend to go awry very quickly. Rather than leisurely cruising around on boat rides, they are DEVOURED by hungry sharks. Instead of experiencing high-speed thrills on roller coasters, they are CHASED by hungry dinosaurs. And rather than being greeted by friendly staff, they are SHOT AT by malfunctioning robots.

Despite this, some of those fictional theme parks look pretty cool. Here are five of the very best! 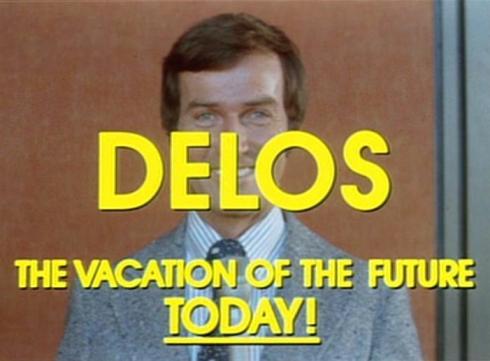 Delos is the ultimate theme park. Pitched as a luxury vacation spot for wealthy tourists, it literally allows guests to step back in time and become a character in another world. Helping them to play this role are the resort's "staff" - robots that are completely indistinguishable (on the outside, at least) from humans.

Delos is split into three lands, each of which is completely immersive and fully-realised:

West World - Recreates the Wild West, allowing guests to have thrilling shoot-outs with gunslingers in which they always emerge victorious. To celebrate, why not grab a drink at the saloon, where there are dancing girls aplenty. 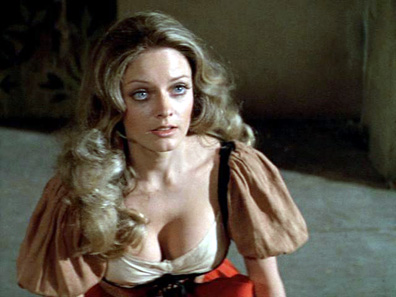 Medieval World - Grab a sword and get ready to duel it out over the heart of the Queen. Your room is serviced by a beautiful robotic maid, who won't tell your wife what you get up to.

Roman World - enter the world of the Romans, where hunky gladiators are ready to sweep you off your feet.

It seems the robots aren't too happy about being enslaved. They won't stick to their roles - and may just decide to fight back for real when you challenge them to a duel. 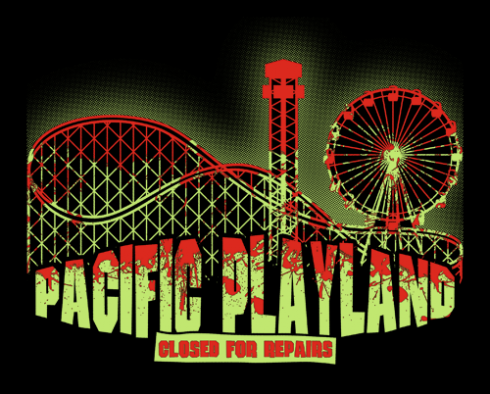 Pacific Playland is actually based on a real amusement park - Wild Adventures in Valdosta, Georgia. In the movie, it is located in Los Angeles, which promises to be one of the few areas of the US not infested by flesh-eating zombies.

Blast off - the main ride seen in the movie is Blast Off, a towering drop tower that is simple enough to operate that two untrained teenage girls can fire it up and jump on board.

Game booths - games of chance and skill are a fixture at most amusement parks. They also double as a handy place from which to mow down large numbers of the undead.

It seems that nobody informed the zombies that Pacific Playland should be uninfested. They are present in large numbers, ready to tear visitors limb-from-limb.

Here's a movie theme park that you can actually visit - SeaWorld Orlando, where Jaws 3-D was set. Just as in real life, the fictional version of the park offers a variety of marine life exhibits and live shows. However, in the movie the park is located on the coast, rather than in landlocked Orlando. 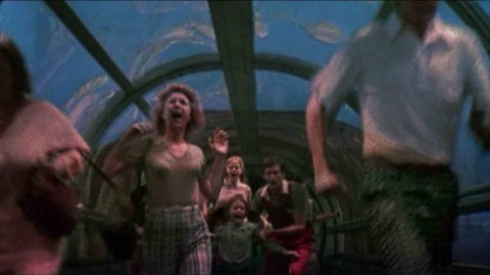 Underwater tunnels - gaze out on beautiful sea creatures, including the aforementioned shark. Be warned: the glass may not be shatterproof.

That shark isn't really supposed to be at SeaWorld. He's pretty hungry...and the guests and staff sure look tasty.

If you miss the 12 noon robot parade at Itchy and Scratchy Land, you'll have to wait for the 12:05.

I thought of Wax World, featured in the Red Dwarf episode Meltdown, and for lovers of really bad horror films there's Goonies 2, where real monsters invade the Chamber of Horrors.
If I remember right the London Dungeon provided a backdrop for one of the deaths in Don't Open Until Christmas.

I ran a website about Red Dwarf in my teenage days...that brings back memories.

Pacific Playland = Wild Adventures so in reality you can visit it too.