Secrets of a Jungle Cruise Skipper at Disney's Magic Kingdom 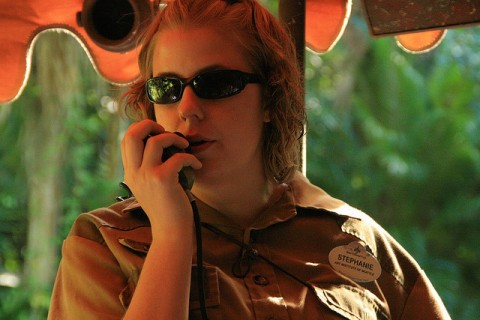 This is the latest in a series of articles on Theme Park Tourist in which we'll talk to Cast Members at Walt Disney World to understand their roles and the part that they play in "creating the magic" for guests.

The ride evolved after the park's debut, with the original, documentary-style spiel delivered by the boats' "Skippers" being replaced by a more lighthearted one in 1962. Suddenly, the Skipper was an integral part of the experience, delivering bad puns and jokes by the bucketload.

The Magic Kingdom's version of the Jungle Cruise opened with the park in 1971, and is one of the rare attractions that carries both a rich history and a certain level of prestige for the Cast Members that work on it. Amy Ziese was one of those Cast Members, having worked on the Jungle Cruise in 2006 and 2007 - one of a number of different roles she held at Walt Disney World.

Amy was kind enough to speak with Theme Park Tourist about her experiences during that time - and you can read her thoughts below.

Amy was already working at Walt Disney World when the Jungle Cruise role became available: "I applied for the role because I was interesting in spieling with the added element of humor. There really wasn't much of an interview for this since I transferred from an existing role." 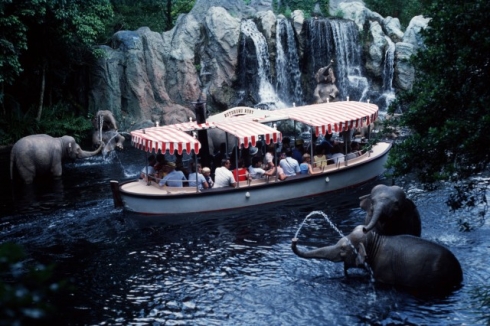 "When I put in a request with casting to go to Jungle Cruise, they pointed out that it was a spiel heavy attraction and asked if that was something I wanted to do. I assured them that I understood what the attraction entailed and that I was still interested. Several weeks later, when a spot opened up for me, I transferred to the Jungle Cruise."

Disney is keen to ensure that every guest gets the best experience possible when riding the Jungle Cruise - and training for Cast Members helps towards that goal. Amy recalls: "The very first thing I did was a two day orientation on the Magic Kingdom in general, and the Adventureland/Liberty Square attractions area specifically. Those two days involved a lot of walking and listening to guides talk about the history and heritage of the park and the areas where I would be working. We were also able to experience all the area attractions as guests so that we would know how to describe them to the guests if asked."

"After that I went through a six day training process to become a Skipper. The first five days were the actual training days. I learned all about the various dock and land positions, including how to handle the boats designated for wheelchairs or guests with disabilities, and dealing with common area guest situations. I was also given a copy of the official spiel to learn and practice the various jokes from the attraction." 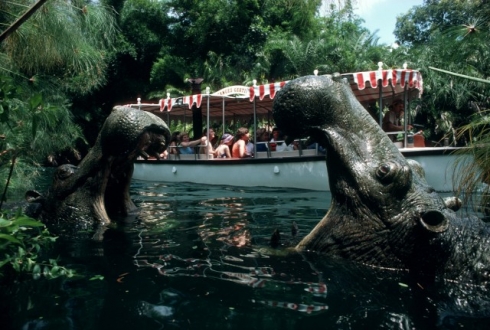 "Each scene has a wide variety of jokes and wordings of said jokes, so half the battle is simply deciding what you want to say. After that, I took multiple 'dead trips' in order to practice my spiel. A dead trip is an empty boat that helped me learn the attraction without having to actually interact with guests. Eventually we began loading my boat with guests and I learned how the spiel was delivered to a live audience."

"My sixth day of training was the assessment day. I met a second trainer, and he took me through each position one at a time to make sure I knew what I was doing. During this practical assessment I also took a trip with guests so the trainer could see that I not only knew my spiel but I knew the safety aspects of driving the boat as well."

"After rotating through all the positions and demonstrating proficiency, I took a paper exam. The questions covered the history of the attraction, safety protocol, and some more trivial information about the area and attraction. After I passed both of those steps, I met with an area manager and we discussed expectations and he answered any questions I had at the time."

Cast Members on the Jungle Cruise don't ride around on the attraction's boats all day long, as Amy explains: "I worked both land positions and delivered the boat spiel on a daily basis. The specific dock positions and boats varied day to day, but over a given week I experienced every position available."

The management team at the Magic Kingdom were very keen to see Skippers stick to the approved spiel provided to them by Imagineering. "You were only in the wrong if you got caught," says Amy. "Many of us slipped our own jokes into the spiel if we felt that we would get a better reaction by using a line not officially approved by the company." 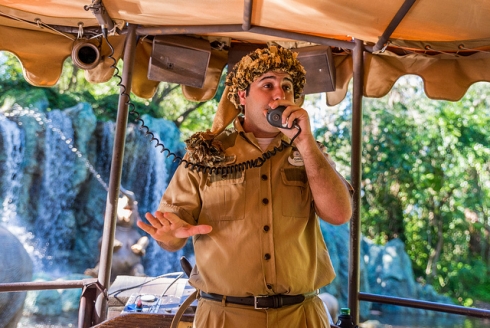 "Those Skippers who venture off script do so at their own risk. There are people who work at the theme parks whose entire job consists of experiencing attractions in street clothes and watching the Cast Members only to report what they see and hear to upper management. A Skipper never knows if one of these people are on their boat, so doing an offensive joke is not recommended."

The audience played a big role in making Amy's job enjoyable. "When you got a good, responsive boat who enjoyed even the corniest of approved jokes, that was always the best," she says. "It also made for a good day if you had friends around you during your shift. I had a bit where I would interact with a friend of mine if he was in the boat in front or behind me while waiting to unload. While those weren’t officially scripted, they were funny and clean, so we got away with it." 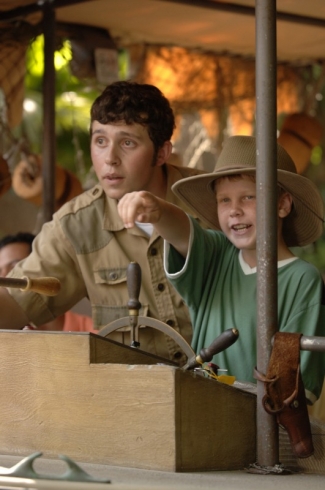 "Like the Haunted Mansion Cast, the Skippers of the Jungle Cruise have a certain personality to play into. While many attractions require only a friendly face and certain level of competency with the buttons, the Jungle Cruise takes a bit more. The best Skippers are outgoing, lively, funny, and a bit goofy. If you’re looking for creative and witty antics, this is the place to find them. Despite its challenges, the life of a Skipper is a lighthearted one, sprinkled through with ample humor and kitschy charm."

Each member of our family will select specific jokes prior to riding. If the captain says the joke during the ride, the person who picked that joke will celebrate by yelling, laughing WAY TO HARD, slapping their legs, etc. Nothing mean-spirited. Its all in good fun. We hope that the captain realizes what we're doing. Sometimes when they know we're "joke fishing" they will try and tell as many jokes as they can hoping one of them is the one we're looking for.

One time, we had a captain do his entire spiel like the late comedian Mitch Hedberg. VERY FUNNY for the few of us who knew of him!