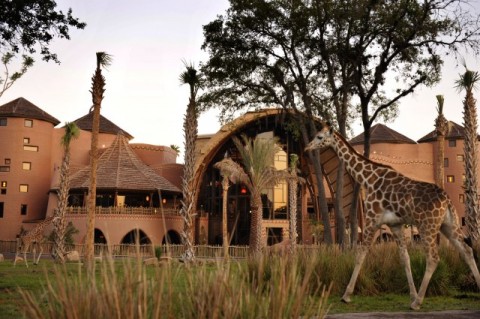 This is the latest in a new series of articles on Theme Park Tourist in which we'll talk to Cast Members at Walt Disney World to understand their roles and the part that they play in "creating the magic" for guests.

There are almost 25,000 rooms spread across the Walt Disney World Resort's hotels, campsites, cabins and Disney Vacation Club properties. It would take you more than 68 years to stay in every single one of these at a rate of one per night.

Millions of guests stay at the resort's on-site hotels every year. Handling that volume of guests is a major undertaking, with thousands of Cast Members being employed in a variety of roles.

One of those Cast Members was Mary Deacon, who worked at Disney's Animal Kingdom Lodge between July 2012 and July 2013. Six of those months were spent working on the front desk, with a further six being spent working as a concierge (all as part of the International College Program). During her time at the Lodge, Mary also participated in club lounge, club lounge concierge and back office support roles.

Mary was kind enough to speak with Theme Park Tourist about her experiences during that time - and you can read her thoughts below.

Mary heard about the role through her university (Sheffield Hallam University in the UK). "I thought it sounded like a wonderful opportunity to work for an internationally renowned company and develop my guest service skills and in turn lead to developing my skills for my CV," she recalls.

The interview process was carried out by a partnership company called Yummy Jobs. "We first attended a presentation at my university and on the same day had a group interview of 15. Then representatives from Disney came to Sheffield Hallam University where we had a group interview of four and another of two. Questions in interviews related to experience we had had previously, our personalities and what jobs we would be comfortable in participating in."

The initial training for the role began with Traditions, which every Cast Member goes through. Mary also went through "numerous days of filling in paperwork, moving into accommodation and settling in where we got the job roles we were going to be participating in for the year." 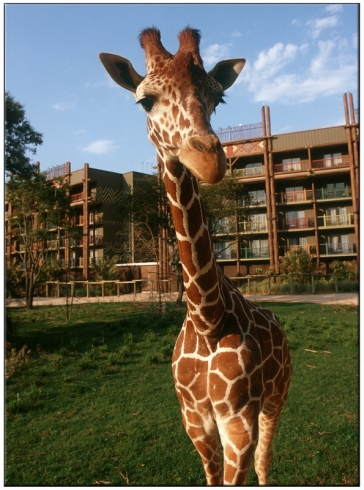 "I then went to Disney University where I had a week’s training in Destination Cashier where we were taught the skills for front desk including learning the computer system, the correct language to use whilst working and company policy learning through role play. I then went to Disney’s Animal Kingdom Lodge where I had an introductory day at the resort called the Lwazi Safari where fellow Cast Members taught me about the resort, as well as another week's training on the front desk with another fellow Cast Member."

Mary's day-to-day duties varied for the various roles she undertook. "Front desk included checking people in and out making sure they got the correct information, dealing with guest's folios, Key to the World cards, answering any questions people had and dealing with any guest service recovery situations."

"Concierge is the same as front desk as well as booking dining reservations, selling park tickets and giving guests advice on activities to do which I could book also." 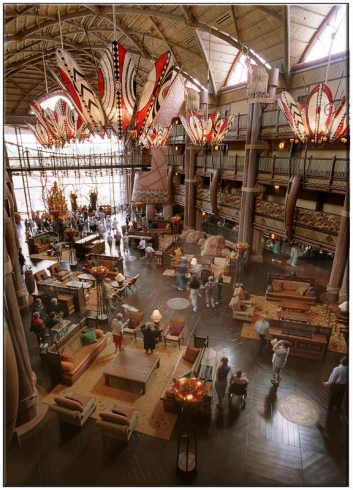 "Back office support was very different and was a role I loved even though I didn’t get as much face-to-face interaction with guests. It included blocking rooms for guests requests, upgrading guests to create magic as well as if they want to upgrade themselves, extending stays, dealing with computer system issues, answering the phones to guests who may have questions about their room and other questions and also answering the phone to front desk and concierge Cast Members who may want to modify reservations via guests requests or want to do something nice for guests."

"Cast Members call so they do not leave the guest by themselves which can be frustrating even though the back office is just off-stage. This was a role where I dealt with a lot of guest service recovery situations and got a lot of empowerment to make guests happy and create magic for them."

"I loved working at Disney and every day even just checking people in was great, people were very excited to be there and it was great to share in their happiness and add to it. I loved how as Cast Members we were empowered to make decisions such as giving guests extra things just to make their stay more magical."

I have made numerous trips to Walt Disney World over the years and I am delighted to say that I have enjoyed many wonderful encounters with Cast Members. It seems they are empowered to make sure that everyone has a great time.

The magic applies to adults, too! My husband's first trip in 2009 had many magical momments made by cast members. They sound silly for a grown man but on his birthday at the entry at Epcot a cast member seeing his birthday button hands him a walkie talkie thingy and Goofy is on the line wishing him Happy Birthday! Little moments like just take a minute but are special to me.

They were not friendly like this at Disney Art of Animation they were always huffin and puffin like we were a burden.

We just stayed at A of A in November and experienced the magic! We were upgraded from a standard room to a family suite just because!!!! We also experienced it at the concierge there. We were to upgrade to a four day ticket from a three day. They experienced a problem and we waited about 15 minutes which was no problem for us. They gave us the tickets free and made our fastpass arrangements for us on our Magic Bands! I'm so sorry you did not have a wonderful experience but, I'm sure, if given another chance, they will make it up to you.

I love this so much! It made me smile and brought tears of joy! We have had so much magic while vacationing at WDW and this brings the memories flooding back. I truly want a job like this one day! Thanks for sharing and spreading the pixie dust!