8 Secrets of Kitchen Life From a Walt Disney World Cook 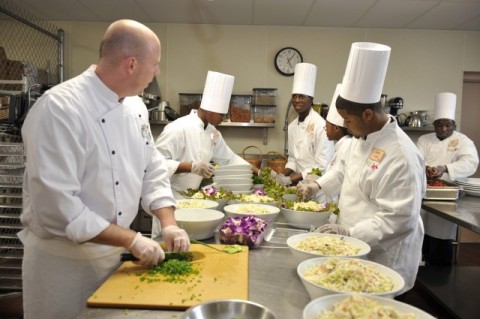 This is the latest in a new series of articles on Theme Park Tourist in which we'll talk to Cast Members at Walt Disney World to understand their roles and the part that they play in "creating the magic" for guests.

There are more than 300 dining outlets at the Walt Disney World Resort, with 350 chefs on staff to help keep guests well-fed. Every year, the resort serves up 10 million hamburgers, 1.6 million turkey drumsticks, 6 million hotdogs, 9 million pounds of french french fries and 300,000 pounds of popcorn. These are washed down with 75 million Coca-Colas and 13 million bottles of water.

To enable this level of consumption, Walt Disney World employs a huge number of Cast Members in its dining outlets. What is like working in the kitchen of one the resort's packed-out restaurants? We spoke to a former Cast Member to find out.

Rian Lancto worked at Walt Disney World from 2006 to 2011, spending the majority of that time working as a Cook. He spent his first few years at the Galley (now the Captain's Grille) at Disney's Yacht Club Resort, and then moved on to Artist Point at Disney's Wilderness Lodge.

Rian was kind enough to speak with Theme Park Tourist about his experiences during that time - and you can read his thoughts below.

"I moved to Florida on a whim in 2006," says Rian. "I knew as a child that I wanted to work at Disney World. So I knew when I moved here that I would go to casting and apply for a job. At that time the company was hiring a lot more than now and you could just walk right into the Casting building and apply/interview in the same day. They were also offering a lot of hiring bonuses at that time which was a nice added incentive." 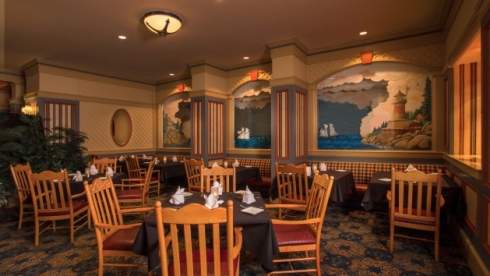 The interview process was relatively lightweight: "I was able to simply walk in and say I was interested in working in a restaurant at Walt Disney World. They then took a group of us to watch a video about the company and their basic guidelines and focuses. Afterwards I went in for my interview in which I was asked various culinary questions to determine my skill level. The interviewer also looked over my application in regards to my past work history as well. I had previous culinary schooling and work experience so I was given a position as a Cook 1 which is the second level of cooks. (Cook 2, Cook 1, Prep Cook, Sous Chef, Executive Chef is the order). I was placed at the Galley Restaurant at the Yacht Club Resort."

Rian learned many of the processes and skills required on the job. "Training involved working side by side with another Cast Member at each station to learn the recipes for dinner and lunch service," he recalls. "I mostly worked evening shifts so I was mainly trained for the dinner menu."

"Once you felt comfortable on your own you would then run one of the stations on your own. In that kitchen there was grill, saute, sides, pantry (salads and desserts) and expo. After time went on I was trained on the Expo station which is where the Expediter calls out the orders. After a year I was trained how to do the prep cook’s role for their days off." 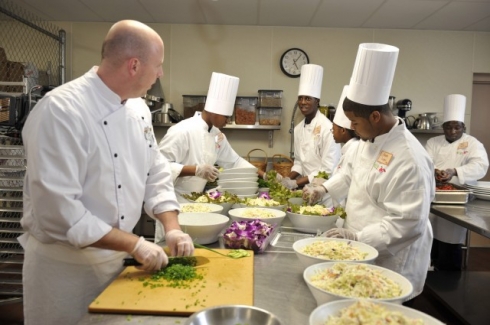 There were a range of different duties at the Galley Restaurant, which Rian outlines below.

Line Cook: "Each shift as a line cook started by doing the prep needed for your station. Some examples of this were steaming the cauliflower or potatoes for the mash, heating up sauces, portioning out meats, getting all your tools/pans, setting up your hot and cold ingredients, etc. You would usually come in around 2.30pm or 3pm, depending on the day and would need to be ready to go by 5pm - this included taking a break before dinner service started. This was your only break, except for bathroom breaks, that you would take until service was completed."

"During service the expo would call out the orders to you and you “fire” them, which means start them. You do this as quickly as possible but also correctly. It must not only taste good but look good. After service you break down your area, wrap up anything that you can use for tomorrow, and toss the rest that will not be safe to eat tomorrow. You then work together with the other cooks to wash the line down and clean it up. At Disney a cleaning crew comes in every night and does the more deep cleaning like floors, grills and fryers."

Prep Cook: "I only did this job on the prep cook’s days off. But basically they would come in very early in the morning, usually around 6am. They actually make a lot of the sauces, marinate the meats, cut the larger amount of vegetables that are needed, as well as portion out the steaks/meats. At the Yacht Club Resort the restaurants (Cape May, Steakhouse, Captain’s Grille) all take turns preparing the Concierge food, and this was the prep cook's role."

"Now this is not the same at every restaurant, sometimes other line cooks do it and sometimes the main kitchen does it (the main kitchen is a larger kitchen in some hotels that does a lot of the larger needs such as party trays, baked goods, as well as larger volumes soups and sauces, and the food prep needed for the counter service locations). The prep cook's shift would usually end just as the dinner crew is coming in and they would let the cooks know of any special needs or instructions that they had for them."

Expo: The expediter calls off the food order tickets as they are entered into a computer system by the servers. They are in charge of “firing” items and timing the orders so that the food comes out in the correct order as well as for the correct table. They are also in charge of looking at the quality of the plated food and sending it back to the line cook if not up to par. This can be a very stressful job as you are watching the line cooks, the food, and helping the servers. There can be times where there are dozens of tickets hanging in the holder and you need to be able to know what is going on with each one." 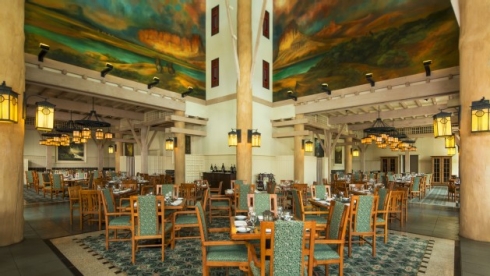 Over at Artist Point, things were a little different, as Rian explains.

Line Cook: "Artist Point is one of Disney’s Signature Restaurants. This means that it serves a higher quality of food and is usually more expensive. However it offers more diverse ingredients and more frequent seasonal menu changes. At the Galley the area where the line cooks worked was large compared to most kitchens, however in Artist Point the area was equivalent of 6-7 household ovens placed next to each other and usually had about 5-6 people in that area."

"Here you still did prep your items for service and prepare them as called off by the expo. There was also an inside expo who work on the side that the cooks were on that did the actual plating of the items as well as the sides needed for each plate. Because of the higher menu prices it was important to make sure each plate was perfect and each ingredient was fresh and cook correctly. Nothing in signature restaurants is canned, bagged or boxed. It is all made from scratch."

Prep Cook: "At Artist Point the prep cook also prepared sauces, however they were more complex. For example at some restaurants they would use a stock base, which is like buying the powder bouillon. In this restaurant I had to actually roast the chicken or beef bones and then let it simmer for hours with vegetables to make stock from scratch. This was then used to make various sauces. You then also spent a lot of your time also butchering. This involved de-boning and filleting hundreds of portions of salmon, the restaurant's signature entree, as well as beef, pork, and chicken."

Expo: "This restaurant had two expo positions as I stated above. One in the line and one on the server side. We called out the orders, including the temperatures of the salmon and buffalo steaks. It was the cook’s job to remember what had been called and for the expo to remind them if needed. After the inside expo plated the items the outside expo would double-check the plating and then send them off to service. The signature salmon was cooked on a wooden cedar plank. The expo would use a blow torch to light the plank on fire, they would let it burn for a few seconds before blowing it out. This would create a great cedar aroma for when the server went through the dining room. All part of the Disney show."

Great article......I grew up in Orlando as a Disney kid and now as an adult I love hearing about the "Behind the Scenes" hard workers (Disney Cast Members). My dad was involved in creating the sound system throughout EPCOT and I never new how special that was until I read this article.