Despite his opposition to the idea, in 1959 Walt did consider the potential for a theme park located near Secaucus, New Jersey, not far from New York City. This was in response to a partnership proposal from the National Broadcasting Corporation (NBC), which had declined to participate in the Disneyland project but was now the only major television network without a stake in a theme park. Disney’s relationship with ABC was souring, and this influenced Walt’s decision to engage with NBC, which would go on to take over the broadcast of Disney’s weekly television show.

NBC’s president General Sarnoff had commissioned a study of the proposal by the Stanford Research Institute, which concluded that the park would perform well financially. Walt was not convinced, and asked Buzz Price (once of SRI, but now running his own firm, Economic Research Associates) to review the forecasts.

Price recalls: “We did, and boy, how it differed from Sarnoff’s big thick study saying how marvellous of an idea it was.” The biggest drawback was the climate in New Jersey, which would not allow the park to operate year-round. Price’s report concluded that the park would cost $46.4 million, but could only operate for 120 days per year. This, Price claimed, “does not point to a profitable venture.”

5. The weather killed the project

Not a practical solution.

The only solution, Roy Disney said, would be to have “some method of controlling the weather – a vast dome or some such thing. When the financial backers looked into the cost of such an undertaking they lost their courage pretty fast.” 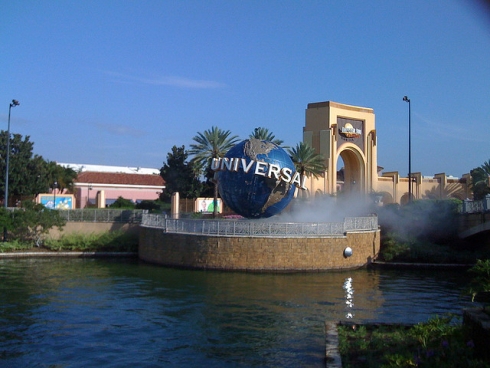 And that was the end of any plans to bring a Disney theme park to New York. But it wasn't the end of NBC's involvement in theme parks - it merged with Universal, and is now part of the Comcast group that owns Universal Orlando and Universal Studios Hollywood.