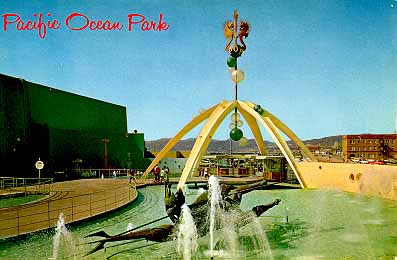 CBS had declined to be involved in Disneyland, with rival network ABC taking the plunge and becoming a major investor instead. After Disneyland opened, it seemingly realised its mistake. It partnered with Santa Anita Park to build Pacific Ocean Park, a nautical-themed park built on the existing Ocean Park Pier on Pier Avenue in Santa Monica. Dozens of Hollywood designers were brought in to transform the pier into a 28-acre themed park.

Unlike Magic Mountain, Pacific Ocean Park initially looked to be a huge success. It opened on July 28, 1958, pulling in 20,000 guests on its opening day. It was so popular that its attendance actually topped that of Disneyland for the first six days. 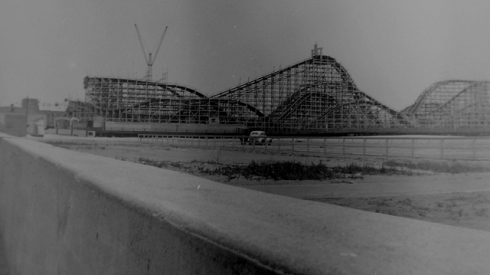 Pacific Ocean Park featured a sea-green and white color scheme, with a spectacular entrance boasting fountains, a frieze and an enormous sculpture of a sea horse. The POP acronym was cleverly used to market the park, with the "Pay One Price" slogan being used to refer to its 90 cent admission fee. In reality, this covered access to some exhibits, but many rides cost extra. 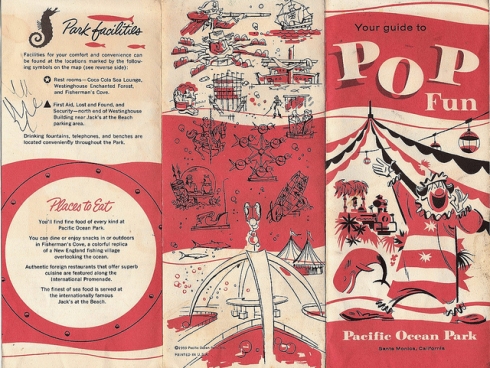 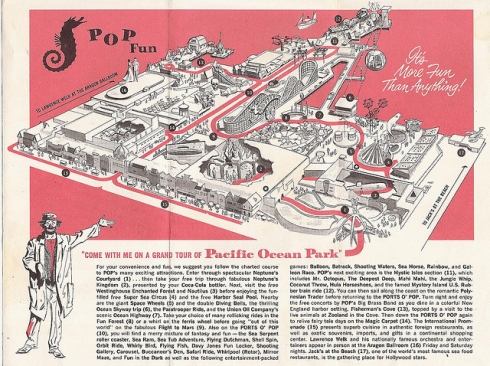 The park featured some unique attractions, such as the Nautilus Submarine Exhibit (a 150-foot model of the atomic reactor section of a nuclear submarine), the Sea Circus (a 2,000-seater stadium for dolphin and sea lion shows) and the Diving Bells (which saw passengers in diving bells being pushed underwater by hydraulic pistons, viewing marine life through a porthole).

The early promise of Pacific Ocean Park led to it being mentioned in the Beach Boys' song "Amusement Parks U.S.A.", which featured the line "And Disneyland and POP is worth a trip to L.A.". But it wasn't to last. The second season was disappointing, prompting the owners to sell the park to John Morehard for $10 million. Its struggles continued, however, and maintenance began to suffer. After several further changes of owner, it was finally shuttered in October 1967. 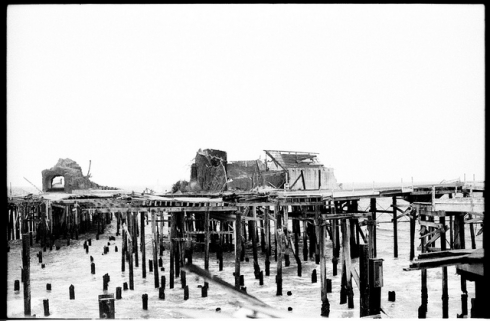 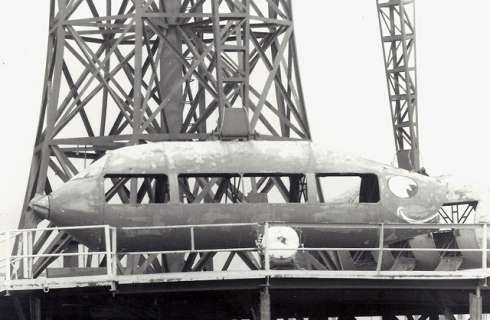 One of the last remaining structures in 1973.
Image: Jerry Raia

The park's rides were auctioned off, but the pier and many buildings remained in place. Arson took its toll, and it was finally demolished in the winter of 1973-74.

I remember Circus World had painted concrete walkways that when freshly washed and wet in the morning were the slipperiest law suit waiting to happen ever.