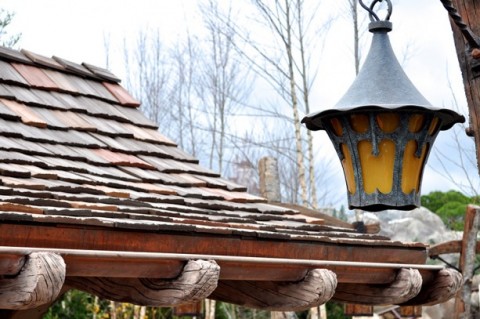 This is the weekly rumor and refurbishment update for the Orlando-area theme parks for the week of February 16, 2014.

Disney released several photos of the Dwarfs Cottage that will be part of the Seven Dwarfs Mine Train attraction. 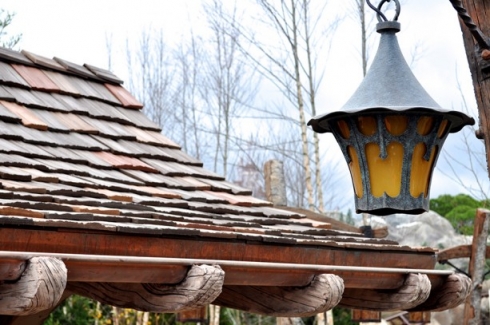 “These photos, supplied by Walt Disney Imagineering, show smaller details on the Dwarfs’ cottage, which will serve as a charming and scenic exterior that can be spotted when you walk past (or ride a Mine Train through) the attraction. When designing the cottage, Imagineers referenced the film, ‘Snow White and the Seven Dwarfs’ in order to plan details as intricate as the color combination of roof shingles, the slope of the roof's eaves, the shape of a lanterns and especially the etched woodland creatures that decorate the house." 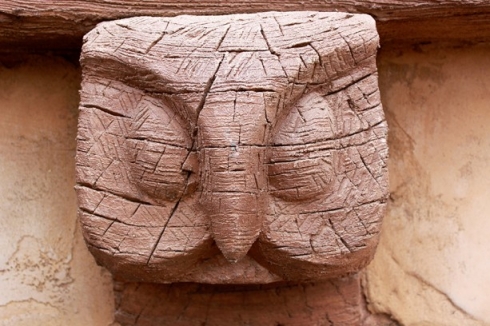 New Fantasyland's grand opening was on December 6, 2012, but soft openings began on October 12, 2012. If we assume that the media event on April 30 will be the grand opening for the Mine Train, then history tells us that soft openings can occur eight weeks prior or around March 16, 2014. This is pure speculation, but that date also coincides with the rumored opening of Disney Festival of Fantasy Parade. All will be revealed very soon.

Casey’s Corner reopened after several months under refurbishment. The quick service restaurant on Main Street has completely changed. Gone are the bleachers and movie screen and in its place is expanded seating. Lack of seating was a major complaint for Casey’s Corner and this is a welcomed change for many people. In addition, an expanded outdoor seating area is also being constructed.

Disney is currently in the process of a major reconfiguration to the hub at the Magic Kingdom. The hub is the area right before Cinderella’s Castle that leads to Adventureland, Liberty Square, Fantasyland, Main Street and Tomorrowland. The project is meant to ease congestion and provide more efficient use of space. That might not sound magical, but will greatly improve the guest experience during congested times of the day. 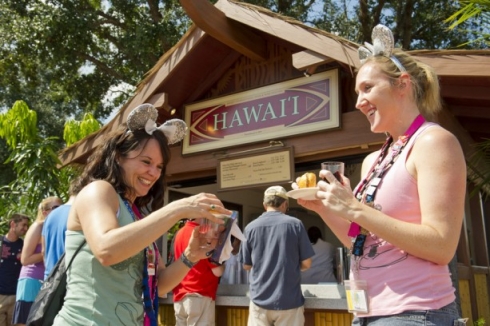 The Epcot international Food and Wine Festival will be adding an extra week this year. The festival will run from September 19, 2014 to November 10, 2014 for a total of 53 days.

The refurbishment and addition of Disney Vacation Club to Disney’s Polynesian Resort is well under way. Vertical structures for the new bungalows that are being built over Seven Seas Lagoon. These new bungalows will likely block a portion of the view of the Magic Kingdom and thus convert some theme park view rooms to garden or lake view rooms in the Hawaii long house.

The resort’s quick service restaurant, Captain Cook’s, will close in the beginning of March and a new temporary quick service location will open down the hallway offering limited selections and hours. This marks the beginning stages of the Great Ceremonial House (lobby) refurbishment.

The lobby will be refurbished in stages, with Captain Cook’s being the first location to close. During the rest of 2014 and into 2015, expect many changes to the Great Ceremonial House. The center water feature is expected to be removed due to mechanical issues and to be able to repair the ceiling. The lobby will also be getting a more updated look, although the specifics are still unknown. 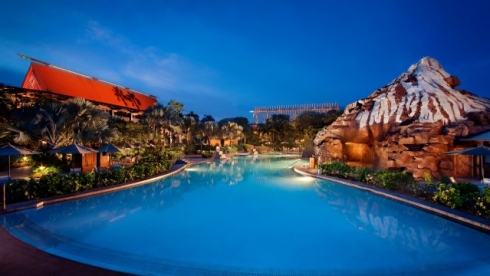 The Nanea Pool (Volcano Pool) is expected to close sometime in late July for an extensive refurbishment and won’t open until 2015. This includes the replacement of the volcano with a new rock structure and a reconfigured layout around the pool. It is likely that guests will be allowed to use the Grand Floridian pool during the refurbishment process.

Although the construction may be an inconvenience to guests, this is a much needed refurbishment to a 43 year old resort. The resort does not look the the same as it did when it opened in October of 1971 and that is a great thing. It will continue to change with the times and guests will love it even more. If you are staying at Disney’s Polynesian Resort, I recommend you visit Tikiman’s website and follow him on Facebook. He gives very accurate information about the resort and the construction process.