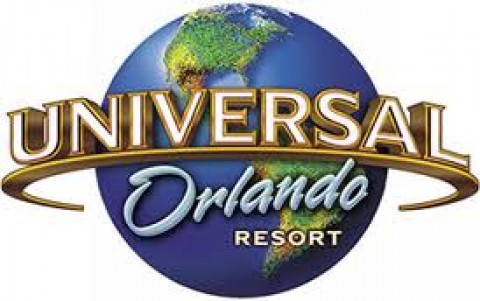 The Universal Orlando Resort has an extraordinary past, having succeeded in establishing itself as a viable player in the Orlando theme park market despite heavy competition from Disney and a disastrous opening period. It has an interesting present, with the debut of the Wizarding World of Harry Potter - Diagon Alley just months away. And it has an exciting future, with owner Comcast promising to invest billions in a series of major attractions and new on-site hotels.

With the resort now established as a huge success story, it's easy to forget about its past struggles and the unusual story of how it evolved into the multi-day destination resort that it is today. Let's take a look six unusual and intriguing facts about Universal Orlando, which help explain why it is such a unique (and popular) place.

6. It is what it is because of Disney

As Disney established itself in Florida with the opening of Walt Disney World in 1971, Universal's then-owner MCA was looking on enviously. Even before Disney's resort opened its gates, the chairman of the board of its Recreation Services Group, Jay Stein, had mooted the idea of opening a studio tour in Florida, to capitalize on the influx of tourists heading to Disney’s property.

In the early 1980s, Universal devised a plan for the Florida studios and began looking for investment partners to share the risk. The Florida tour was to be similar to the existing Universal Studios Hollywood, and would be built around a brand-new, working production facility. The plans called for a "front lot" walking tour, as well as a tram tour through the studio’s backlot. One set-piece, designed by Academy Award-winning art director Henry Bumstead, would see an enormous King Kong figure attack the tram as it passed over a New York bridge. Another, the “Hollywood Canyon”, would see a tram rolling onto a bridge in view of the Hollywood Hills. A massive earthquake would then strike, causing a dam to crack and a wall of water to pour down towards the tram, which would escape into an oil field in time for riders to witness a semi-trailer truck explode after crashing into an oil tank.

In 1981, MCA purchased 423 acres of land in Orlando on which to build its Florida tour. To the company’s frustration, though, none of the prospective partners came on board. Even worse, its plans to bring movie magic to Florida had roused the newly-competitive Disney into action. Disney's CEO, Michael Eisner, was not about to let Universal invade its turf without a fight.

Disney’s Imagineers had put together a plan for an entertainment-themed pavilion (dubbed the Great Movie Ride Pavilion) for EPCOT Center’s Future World area, which had not been pursued. By expanding this into a full-sized, studio-themed park, Eisner surmised, Universal’s plans could be blown out of the water.

MCA was furious, but had no choice but to revise its plans for Universal Studios Florida. With Disney's park set to open first, simply cloning the Universal Studios Hollywood experience in Florida would leave MCA open to accusations that it had copied Disney, and not vice-versa. Having finally secured financing for the project, it set about completely redesigning it.

The core concept of a theme park built around a working movie studio was retained, meaning that some overlap with Disney’s offering was inevitable. However, the tram tour – the signature element of Universal Studios Hollywood – was dropped altogether from the plans for the Florida attraction. Instead, the main set-pieces from the Hollywood tour, such as the encounters with Jaws and King Kong, would be blown up into separate, standalone attractions.

5. The entire resort is a backlot 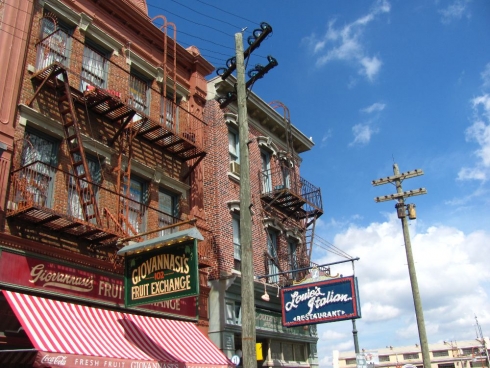 The opening of Disney-MGM Studios in 1989 and Universal Studios Florida a year later heralded what many in Florida hoped would be the creation of a "Hollywood East". The Universal property was equipped with a number of large soundstages, and immediately began to host television and movie productions. The streets within the theme park itself, designed to recreate New York, San Francisco and other well-known areas, were not just walkways for guests. They were intended to be part of a real, working backlot. The rides were housed in soundproof buildings so that filming could take place during the day.

The Hollywood East dream faltered. Disney soon began converting its own soundstages into attractions, with Disney-MGM Studios desperately short of ride capacity. Universal pressed onwards, but within a few years was hosting only relatively minor productions.

Despite this, Universal Studios Florida is still a working production facility. Though they are sometimes occupied for the theme park’s special events, the soundstages at the park continue to be available for production companies. So, too, does the backlot. Even Islands of Adventure, CityWalk, Wet ‘n Wild and the on-site hotels are advertised as potential shooting locations.

4. It has one of the world's largest parking facilities

When Universal was working on the massive expansion that added CityWalk, Islands of Adventure and three on-site hotels to the resort in the mid-to-late 1990s, the first element to open to the public was seemingly mundane: a new parking structure. But it was some parking structure...

The enormous, concrete facility was the size of 14 football fields, and featured space for more than 9,000 cars. It was larger than the car park at nearby Orlando International Airport - and Universal increased its capacity even further with a second parking structure that added a further 10,200 spaces. This became the fourth largest parking structure in the world. To put the size in context, the largest single parking lot in the world is at West Edmonton Mall, and it holds 20,000 cars. So Universal Orlando is in the big leagues here.

In such a vast complex, it was likely that some guests would forget where they had parked – and finding their vehicle would not be easy. To help avoid this scenario, Universal sub-divided the parking structure into different areas, each named after a different character or movie featured in the theme parks (including Jaws, Jurassic Park and King Kong). Music from the films was piped in to help jog guests’ memories. To help guests to get around, the structure featured eight elevators, 34 escalators and 12 moving walkways.

With so many cars in one building, getting in and out could have turned into a nightmare. To counter this, Universal ensured that the structure was designed to allow up to 3,000 cars to exit within an hour. Separate entrance and exit ramps were installed for each of the five levels, enabling foot traffic in and out of all floors at once. The company even equipped the structure with emergency stations, from which guests could call a “command center” if they needed help. The first parking garage alone cost more to build than Terminator 2: 3-D, at some $65 million.

The presence of the parking structure highlights one of the resort's biggest problems: a lack of space. That's led to some innovative solutions, but it could all have been very different...