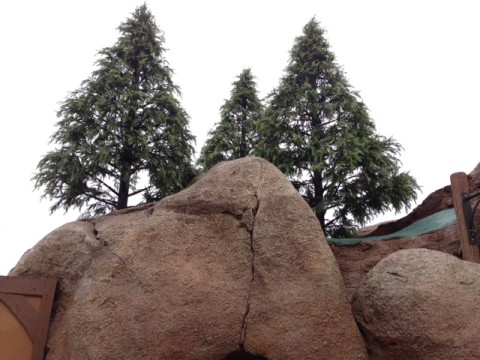 The Seven Dwarfs Mine Train at the Magic Kingdom is nearing completion after over two years of construction.

Trees and greenery are now being placed on the mountain and New Fantasyland is finally starting to feel less like a construction zone and more like an immersive experience. Disney has not released an official opening date for the attraction, but with the progress I have seen, I would expect soft openings in March (maybe in time for “Disney Festival of Fantasy Parade”) with a grand opening in April. This is merely my prediction and we will have to wait for the official word from Disney. 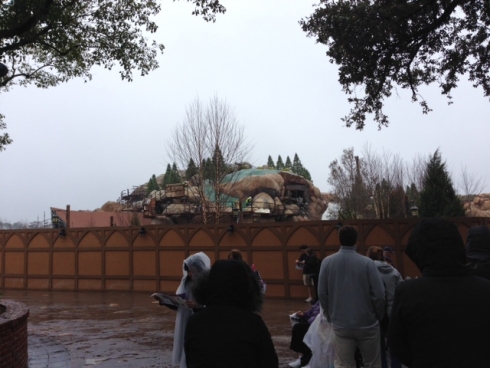 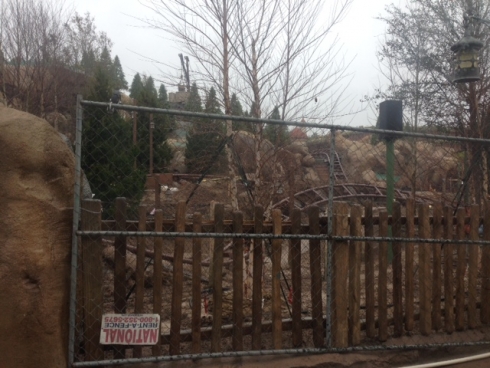 For those of you wondering the trees are fake, but look extremely realistic. 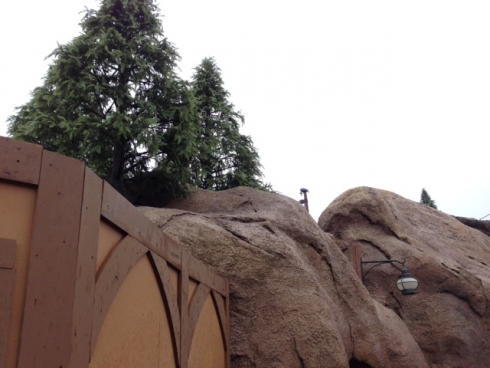 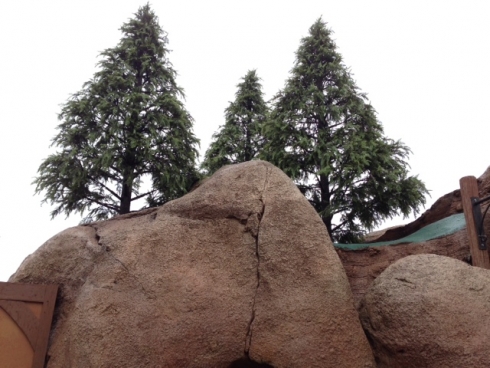 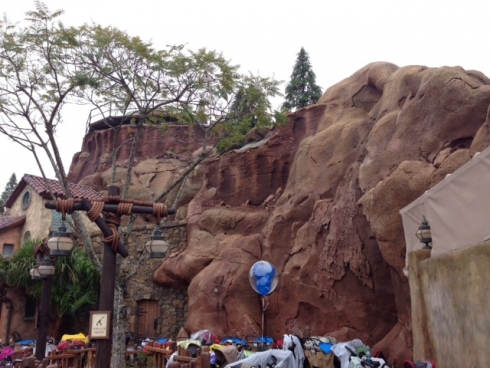 If you look closely, grass is being installed as well. There seems to be different styles of grass being placed around the hill. 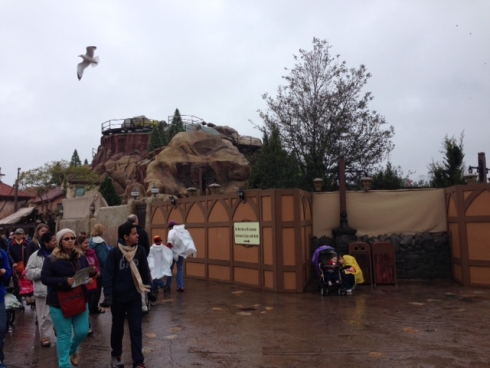 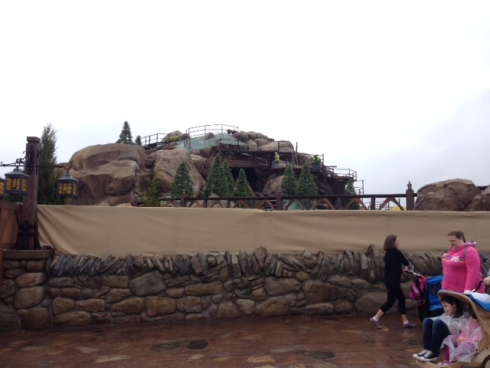 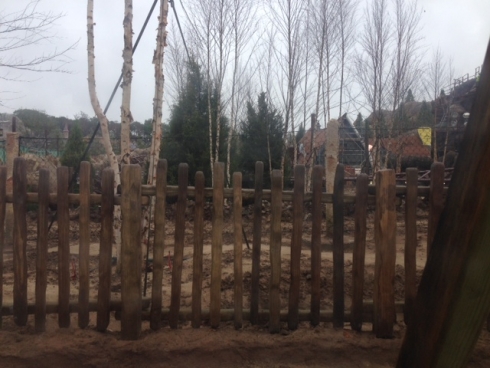 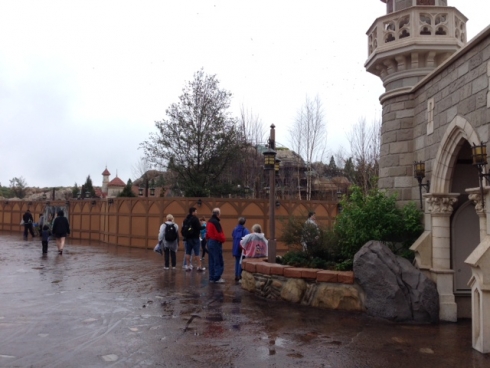 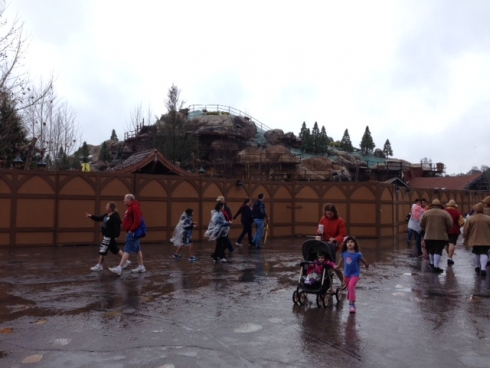 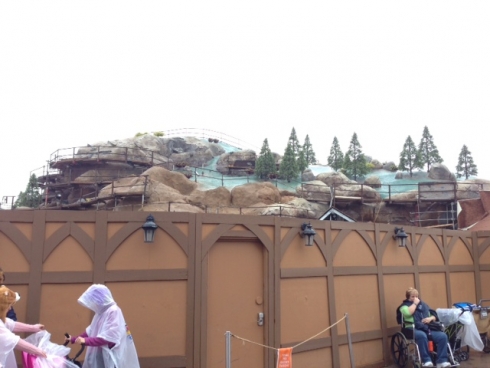 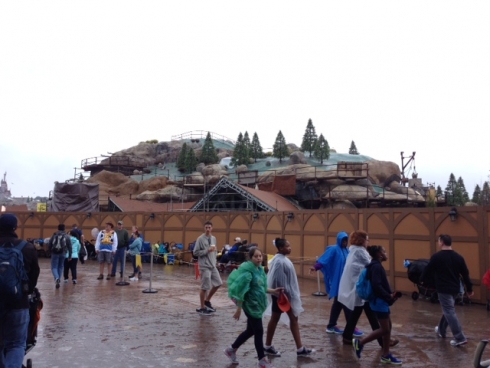 The exterior of the hill is nearly all completed, with only the cottage and entrance left to be done. 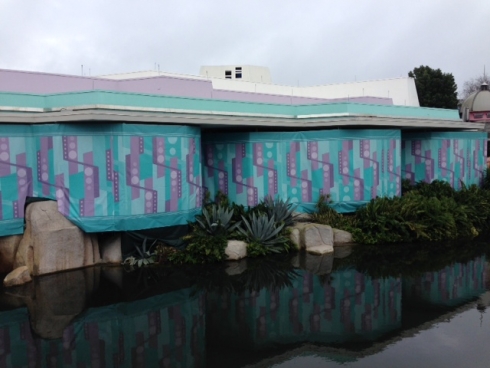 Cosmic Ray’s quick service restaurant will be getting additional indoor seating by enclosing what was previously patio seating. 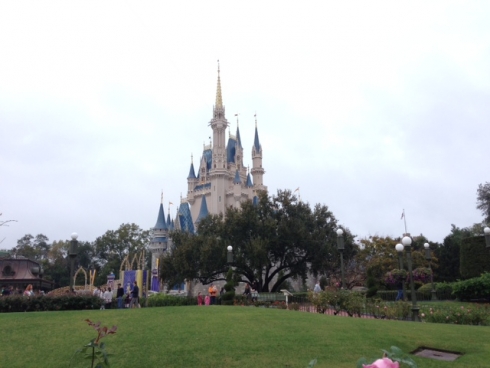 Due to the rainy weather the day I visited, crews were not working on Cinderella’s Castle. That allowed for a perfect photo opportunity that everybody the next day will not have. 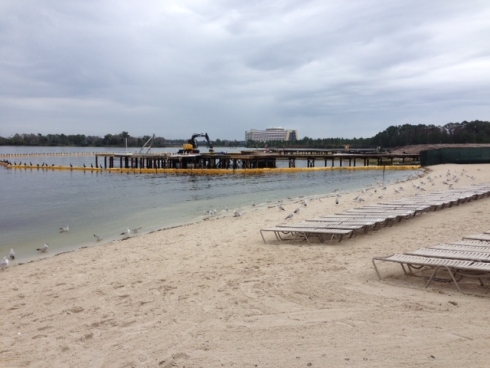 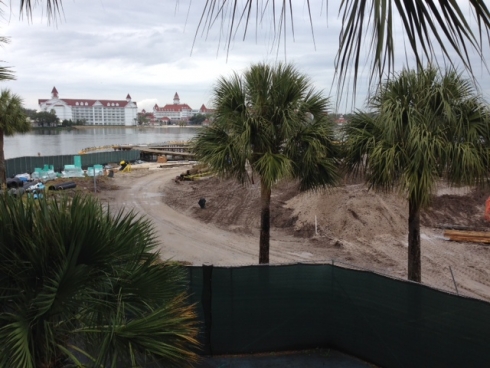 Disney will be converting two existing buildings into DIsney Vacation Club and will be adding bungalows over Seven Seas Lagoon. An overhaul of the existing pool and Great Ceremonial House (lobby) is also planned. 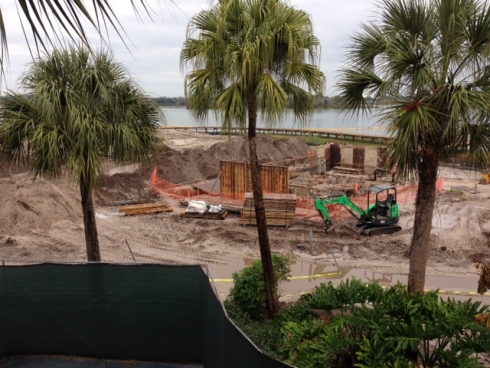 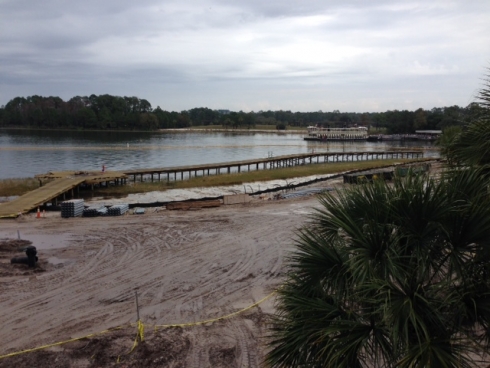 Refurbishment of the pool and lobby area have not begun. There is no direct timeline when work in these areas will start. 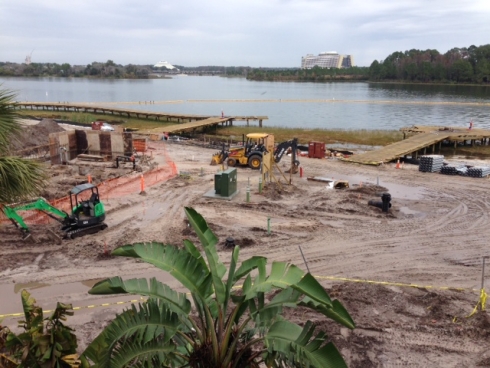 Until then, the construction is mostly removed from the main areas and will not affect most guests other than the occasional green tarp.