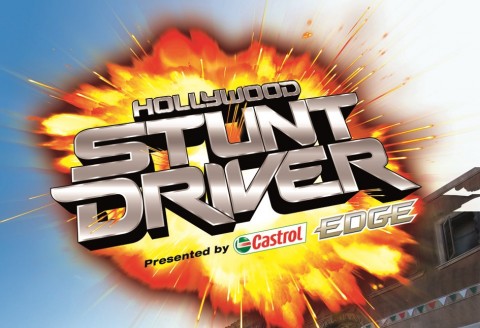 Luna Park Sydney debuts its "tallest and fastest ride yet"

The ride begins with a leisurely accent up the 50-metre-tall tower, which overlooks the world-famous Sydney Harbour and city skyline.

Of course, once riders reach the peak, they are sent plummeting back towards Earth at speeds in excess of 80 km/h.

The troubled observation wheel originally closed in January 2009 -- just 40 days after its grand opening -- after cracks were found in its 120-metre-tall structure.

After a series of unfortunate events slowed its reconstruction progress, the wheel finally reopened on 23 December 2013.

Warner Bros. Movie World has revealed that it is planning to debut a new stunt show -- dubbed Hollywood Stunt Driver 2 -- in February.

Opened in 2008 at a cost of $10 million, the original Hollywood Stunt Driver replaced the former Police Academy Stunt Show. While it features a plot based around the production of an action movie in Italy, this is really just an excuse for some impressive car and motorbike stunts. The show runs for 20 minutes, with the arena able to hold up to 2000 guests.

The replacement show is rumoured to include more human-based stunts.