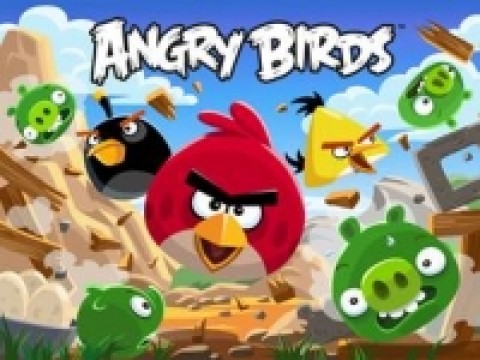 January and February – the start of a new year but not of a new theme park season here in the UK just yet. However, the lack of rollercoasters roaring around their tracks and Merlin passes being beeped through turnstiles at this time of year doesn’t mean there isn’t plenty of theme park news and updates for this month's edition of our UK theme park round-up. The announcement of a new thrill ride for the 2014 season, updates on a new hotel, and a surprise video-game themed new land? Read on.

The biggest piece of news to come out of the UK theme parks this January, is the relatively low-key announcement of the brand new Angry Birds land at Thorpe Park, due to open in May 2014. 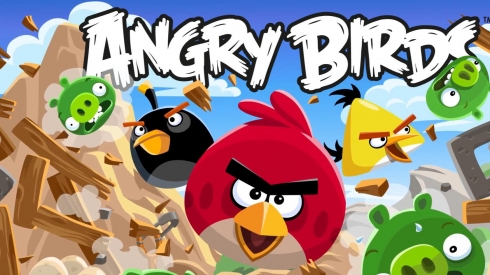 The new themed land at Thorpe Park will consist of 3 main attractions; a re-theming of Detonator to “Angry Birds” style, a 4D Angry Birds experience, and the introduction of Angry Birds Dodgems. Based on the location of Detonator and the 4D theatre in Thorpe Park, it sounds more than likely that Angry Birds Land will be situated between Tidal Wave and Nemesis Inferno, but undoubtedly more details, including confirmation on the dodgems’ location will be revealed soon.

For several years now, Merlin’s target for Thorpe Park has been young adults and thrill-seekers, with Chessington World of Adventures and Legoland Windsor near to Thorpe Park being their target audience for families, with many more family orientated rides and attractions. By removing its kiddie ride land, Octopus Garden in 2010, which was replaced by Thorpe’s latest water ride Storm Surge in 2011, it looked like the “Alton Towers-esque”, well rounded, all ages atmosphere of Thorpe Park had finally ended, and with the installation of the adrenaline-fuelled The Swarm in 2012, this felt even more true. The announcement of Angry Birds Land for 2014 appears to have gone back on their young adults and thrill-seekers target market, giving slightly mixed messages to enthusiasts as a result.

Thorpe Park fans and general UK park enthusiasts have taken to social media throughout January to express their thoughts on the matter, most comments being of surprise, with some excitement amongst fans and of course some negativity – mainly revolving around the suitability of Angry Birds for Thorpe Park. This is particularly due to the direct contradiction of a new family-friendly land planned for the middle of a young adult thrill park. Arguably, Angry Birds continues to be an extremely popular IP, or intellectual property, with young adults and teenagers, as the app boasts 2 billion downloads across all platforms.

Whether it’s the case or not, Angry Birds Land really does give the feel of a last minute IP being introduced into the park; the same way as SAW: The Ride became known to enthusiasts as part of the SAW franchise, and not just a “horror movie themed rollercoaster”, at quite a late stage in the construction process. It’s possible that Angry Birds Land, along with the Waterfront Hotel, will give Merlin the much needed financial boost towards their next major rollercoaster at Thorpe Park, which was provisionally scheduled to open in 2015 according to their long term development plans, 3 years after The Swarm launched in 2012. Also on the same development plans is planning permission for up to 6 Flat rides to be installed before 2015. Of course this is just permission and Thorpe Park won’t actually put in 6 Flats, but their new Angry Bird Dodgems ride is classed as a new flat ride, so at least 1 out of 6 of these potential flats will be installed. 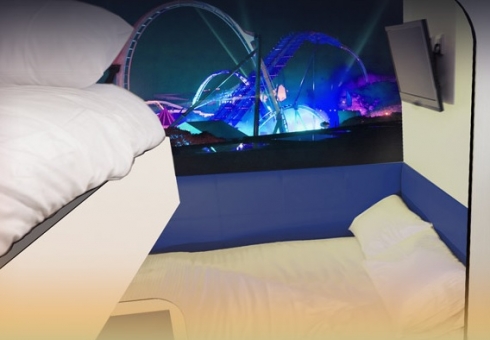 The Waterfront Hotel will replace the temporary Crash Pad at Thorpe Park.

With the brand new on-site Waterfront Hotel being announced for 2014, Thorpe Park have indeed started referring to themselves as a “resort”, the new name being used on social media and updated text on their website. Interestingly, Thorpe Park have also used a lot of family related wording in their description of the Waterfront Hotel, highlighting the real difference in target audience from the previous Crash Pad young adult market in 2014. Family packages, the mention of attractions suitable for all ages, and options to bring babies and toddlers when booking the Waterfront Hotel are included on the website. With the introduction of Angry Birds Land, and family packages available at the on-site Waterfront Hotel, it’s hard to not start to get an unexpected family friendly vibe from Thorpe Park.

The Waterfront Hotel is scheduled to open at Thorpe Park in April this year, with bookings open now via the park's website. 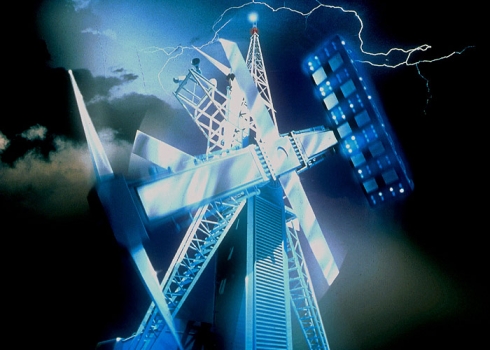 The big news from Alton Towers is the removal of Submission, the Chance Rides Double Inventer flat ride that sat next to Oblivion in X-Sector. There'll be no replacement in 2014, leaving the park somewhat short of flat ride capacity. We took a look at what might be next to leave the park in this article.

Alton Towers continued to release information about their new area for May 2014, CBeebies Land, throughout January. Details about the upcoming live shows that will be featuring in CBeebies Land have been released, as well as further confirmation on their attractions. CBeebies Land have formed most of the new attractions opening in the UK for 2014; of course all family friendly. The live shows taking place in CBeebies Land will feature in Big Fun Show Time. The shows line up include Mike the Knight, the Zingzillas, and Nina and the Neurons, popular children’s shows on CBeebies that will give kids of all ages the opportunity to chat and interact with their favourite TV characters.

CBeebies Land has been confirmed to be opening on the 24th of May, the first Saturday of May Half Term, perfect for families looking to kick start their half term holiday. 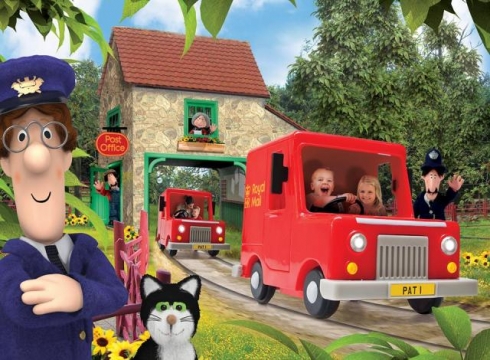 On the subject of half term, Alton Towers will be hosting their Moshi Monsters half term event this February, beginning on the 15th and finishing on the 23rd  Those of us keen to get our adrenaline fix after the long winter can do so on Nemesis and Air as these will be opening for the week, as well as other selected rides across the park in Forbidden Valley, Gloomy Wood, Cred Street and Katanga Canyon. Unfortunately, X-Sector will remain closed until the full season start in March. X-Sector used to open in February prior to the installation of The Smiler, but due to much needed work done on the coaster over the winter period caused by an unreliable first season in 2013, it looks like Alton Towers will simply keep the whole of X-Sector closed until The Smiler is back up and running in March.

Alton Towers has finally made its 2014 season opening times public, and will be opening for the main season on the 22nd of March, two days after Thorpe Park. The UK’s two most popular theme parks are opening a week later than usual, but are keeping their pattern of Alton Towers opening the Saturday after Thorpe Park on a Thursday.

With the introduction of The Smiler (or Secret Weapon 7) last year and The Swarm back in 2012, the UK’s major theme parks are lacking on the new thrill ride front this year. So much so that the only known new thrill ride for the UK parks for 2014 is a flat ride coming to Drayton Manor. Earlier this month a Zamperla Air Race flat ride was announced, adding to Drayton Manor’s very impressive collection of flat rides, such as its Intamin Gyroswing, Maelstrom and Apocalypse, still the tallest drop tower in the UK at 54 metres. 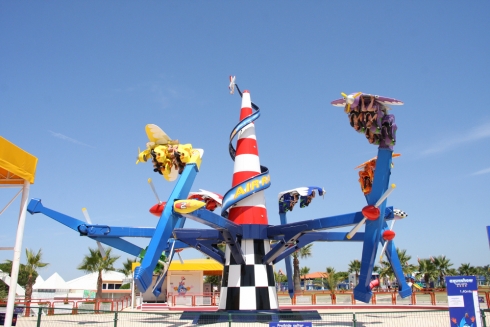 Air RaceAir Race at Drayton Manor - the UK's most thrilling attraction announced for 2014.

Costing the park £1.2 million, this will be Drayton Manor’s first new thrill ride in several years. Zamperla Air Race Flat rides involve 6, 4 seater plane themed ride vehicles that circle around a middle tower. The planes will begin to swing horizontally, before beginning a barrel roll motion, turning riders upside down many consecutive times in both directions. This relatively low key but thrilling addition to Drayton Manor’s line up of exciting and unique attractions makes the most popular independently-owned UK theme park definitely worth a visit in 2014.

The “wildest” theme park in the UK have released a few more details over the past month regarding their new Azteca Hotel for 2014. 69 themed rooms and a new water play zone located inside the former leisure club have been confirmed so far. Views of animal enclosures from the hotel rooms and a new fully themed restaurant have also been rumoured. Chessington World of Adventures (or CWoA) fans or those interested can sign up for email updates on how the hotel construction is going, and it’s more than likely we will see further details over the next month, as the park starts to take bookings for the 2014 season.

Over February Half Term, CWoA will be holding African Adventures as their special half term event. From February the 15th to the 23rd, the Zoo and SEALIFE centre will be open to the public, with many special African themed activities running throughout the day. Chessington has also confirmed that selected rides will be open, with Hocus Pocus Hall and Tomb Blaster being mentioned on the website. The Bubbleworks is usually part of Chessington’s special event days, out of season ride line-up, being an indoor and family-orientated attraction it is highly suited to the role of a ride being able to function in the winter. However whether the Bubbleworks is open or not this February will depend on if it was affected by Chessington’s fire in December last year, which started in the Creaky Café next door and was confirmed to have spread to a “nearby attraction”.

In summary, we are finally reaching the end of the fully closed season here in the UK, and with parks like Alton Towers and Chessington World of Adventures opening their doors to us for special events over February Half Term, we have the opportunity for a quick taster of the fun and excitement of the upcoming season before parks fully open their gates in March.