The 10 Most Incredible Special Effects at Universal Orlando (And How They Work!) 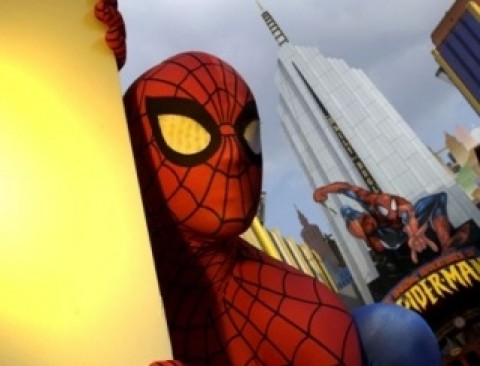 When Universal Studios Florida was conceived in the late 1980s, its designers knew that they would have to work hard to counter Disney-MGM Studios, which would open a year earlier. They decided to attempt to "out-Disney" Disney by creating some of the most technologically-advanced attractions ever built. After a rocky start (the three headline attractions all suffered from long periods of downtime during and following the park's opening day in 1990), Universal succeeded in carving out its own niche. Since then, it has continued to push the boundaries of theme park ride technology, with stunning results. Let's a look at 10 amazing effects featuring in Universal Orlando's very best attractions - and how they actually work.

10. Brain fire in Revenge of the Mummy: The Ride 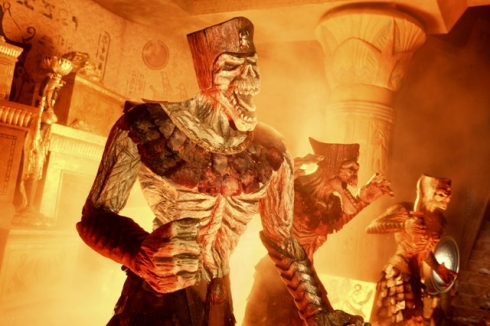 The experience: After racing through a series of turns and drops, riders appear to reach the roller coaster's unload station. However, the female ride attendant in the control booth is suddenly attacked by the evil Imhotep, who consumes her soul. The ceiling then "sets on fire", with riders experiencing scorching temperatures before plummeting into another coaster section. How it works:The effect is achieved by using real flames fuelled by natural gas. At the ceiling level, the temperature is some 3,200 degrees Fahrenheit. At the riders’ level, it is a more manageable (but still very warm) 107 degrees. The effect is known as “Brain Fire”, and was also employed by the former Backdraft attraction at Universal Studios Hollywood.

9. "Flying" on Harry Potter and the Forbidden Journey 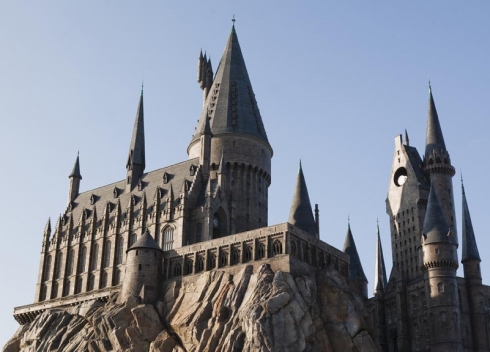 The experience: Soaring along on an "enchanted bench", riders appear to be flying along behind Harry Potter and Ron Weasley in a series of video sequences. How it works:The ride's four-seater benches are mounted on a robotic arm, which in turn is mounted on a busbar track. It may appear that the video sequences are projected onto static screens. However, this would result in a chronic capacity limitation. Instead, multiple parabolic screens are employed, mounted to a turntable. These move along in unison with the robotic arms, so that each group of riders has a screen to themselves (but the ride vehicles never stop moving). 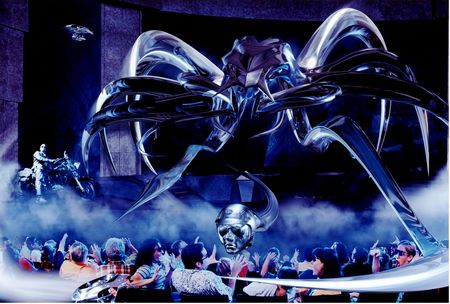 The experience: Towards the end of the show, an enormous liquid metal monster known as the T-1000000 leaps out of the screen to menace the audience during a three minute long battle. How it works:In total, nearly 50 digital artists at specialist firm Digital Domain worked for nearly six months to bring the Terminators to life, in what was the first ever use of digital effects in a 3-D movie. The main challenge was the length of the scene: "The T-1000000 is an order of magnitude ahead of the T-1000," said graphic artist Neville Spiteri. "There are no cuts whatsoever - you have a seamless continuous move - so we had to have something that works seamlessly throughout." Two additional screens are suddenly revealed for the scene, which takes place in an entirely computerized environment. This posed further problems: "It was the amount of data we were dealing with," says graphic artist Judith Crow. "We were used to doing commercials, or feature films with shots that were maybe 10 to 12 seconds long. Here we were producing CG that runs for several minutes in a row, across three screens, two views per screen, and suddenly we were faced with manipulating this enormous amount of data." Every frame was created twice, once for the left eye, and once for the right. 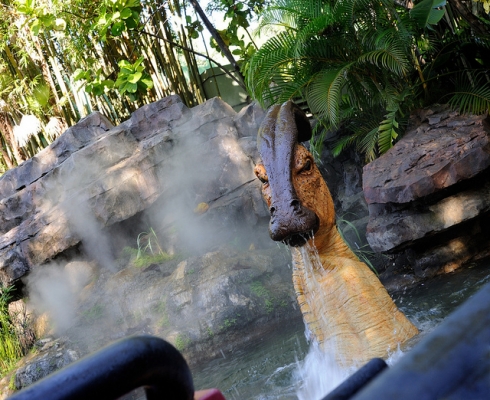 The experience: In a recreation of a sequence in the Jurassic Park book, riders board large boats before taking a trip through Jurassic Park passing both friendly and hostile dinosaurs as they go. How it works:Universal specified what it wanted each dinosaur to be able to do. A 2-D "maquette" model was then created, showing the anatomy of the dinosaur. Engineers sawed these apart to take cross-sections and designed the internal robotic structure. At the same time, artists created a full-size model in foam, showing realistic skin folds and wrinkles. Each section was then covered with layers of oil-based clay and silicon, serving to make the mold from the final skin was made. This was then fitted onto its robot and painted.

6. The tornado in Twister: Ride It Out 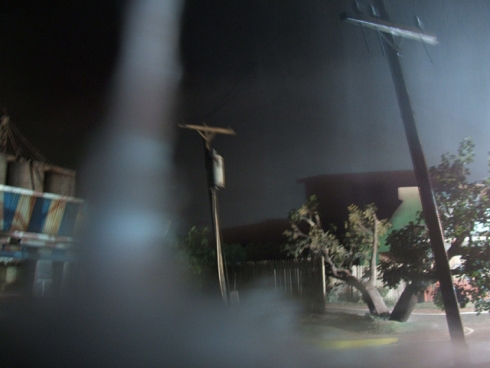 Image: Troy Hughes
Note: This attraction closed forever in 2015, but we've kept the below for posterity's sake:

The experience: Guests watch driving rain and winds that culminate in a five-story cyclone, shattering windows and smashing trucks in its path. How it works: The tornado is based on a "vortex" effect, smaller versions of which had been created many times before. However, Universal's plans called for an indoor vortex on a scale never before witnessed. It hired a firm with expertise in the area, Cermak Peterka Petersen, to help with the design. Initially, a one-fourth scale model of the vortex was created. To scale this up to full size, constant, artificially-generated winds of 35 miles per hour would be needed. Universal fitted the building with thirty fans arranged in three tiers to accomplish this, with 18 of the fans having blades that were seven feet tall. However, on inviting employees to watch the show, it was found that the presence of the additional humans ruined the tornado effect. To simulate an audience, 240 clothed mannequins were brought in. Meanwhile, a weather-tracking system was installed to monitor the outside wind velocity and humidity, in order to optimize the indoor wind effects. Combined, these two measures enabled the final tornado effect to be produced. It can be moved as much as thirty feet in any direction, allowing it to romp around a set that resembles an outdoor scene complete with a drive-in theatre and a diner. (Source: Samland)