Florida's Lost Theme Parks: 10 Wonderlands That Are No More 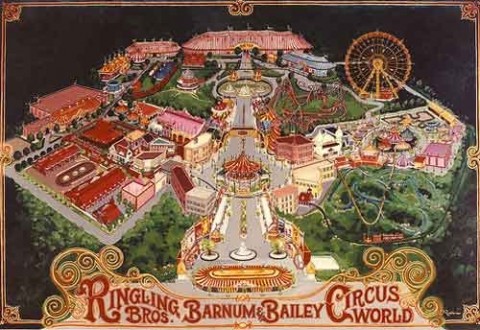 Orlando, Florida is the undisputed theme park capital of the world. But over the last few decades, a host of theme parks have opened their gates in the Sunshine State, only to close them again shortly afterwards.

The opening of Walt Disney World in 1971 transformed the Florida tourism market. Since then, a number of other theme park operators have sought to capitalise on the success of Disney's resort. Some have been very successful, including Universal and SeaWorld. Others, though, have fallen by the wayside. It's also true that there were theme parks (or similar attractions) in Florida beforeDisney called the state home. Many of these were forced out of business by the presence of the their larger neighbor. Let's take a look back at 10 Florida theme parks that have been shuttered since the 1960s. 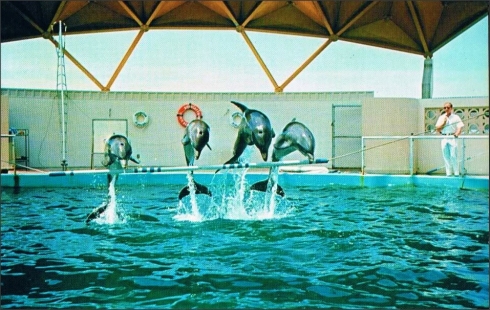 The exotic-sounding Aquatarium was a SeaWorld-style hybrid marine life park-theme park located in St. Pete Beach. It debuted in 1964, offering a range of shows starring porpoises, sea lions and pilot wales - all held under a 160-foot, golden geodesic dome. The pool used for the shows was the world's largest circular tank - 100 feet in diameter and some 25 feet deep. "Floppy" the dolphin was the star attraction. After the debut of Walt Disney World, visitor numbers dropped substantially. A 1976 rename to "Shark World" failed to halt the decline, and the park closed at the end of the 1977 season. 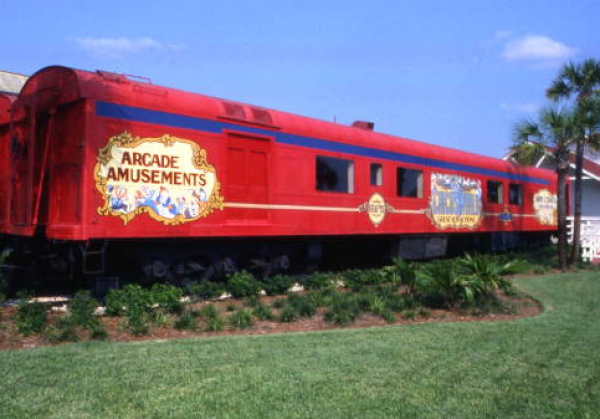 Located just north of Haines City, Circus World was originally intended to be the winter header quarters of the Ringling Bros. and Barnum & Bailey Circus. In 1974, an enormous, 27,000 square foot building that was designed to look a circus tent opened. Inside, guests could find an IMAX movie theater, and other attractions soon joined this: a carousel, a wooden roler coaster, a ferris wheel. Despite competition from Walt Disney World, the park's line-up continued to expand during the early 1980s. It began to struggle, though, and was sold to Harcourt Brace Jovanovich in 1986. It was shuttered and reemerged as Boardwalk and Baseball. 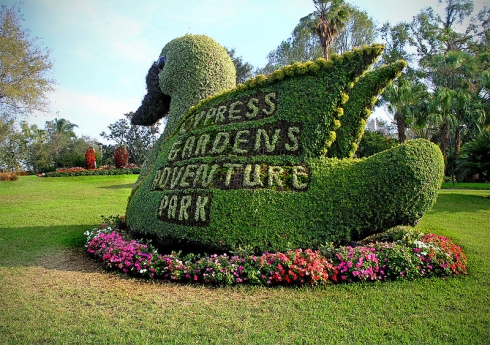 Widely regarded as Florida's first theme park, Cypress Gardens was founded as a botanical garden in 1936 by Dick and Julie Pope and grew into a major attraction. It became famous for its ski shows, pretty gardens and Southern Belles. Over the years, more than 50 water skiing-related world records were broken at the park. Following a 2007 bankruptcy sale, the park was taken over by a new firm. The company's plans included opening a new museum dedicated to its history and expanding the water park. However, the planned expansion was never completed and the park struggled in the face of heavy competition from Florida's other attractions. In 2010, Merlin Entertainments Group purchased the Cypress Gardens site and installed LEGOLAND Floridaon it. The gardens remain as part of the new park, and elements of the Splash Island water park also live on. 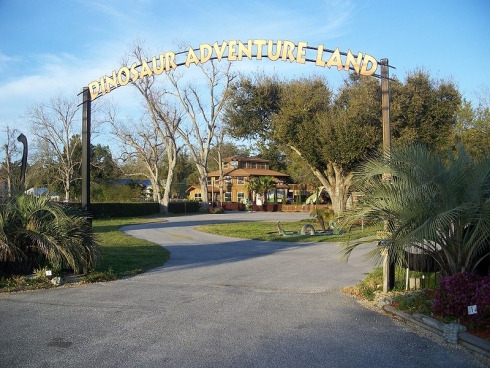 The bizarre Dinosaur Adventure Land was installed by Kent Hovind, a prominent creationist, on land behind his home in Pensacola in 2001. It depicted humans and dinosaurs co-existing in the recent past (4,000 - 6,000 years), with Hovind believing that this did indeed occur. The attraction line-up was sparse, consisting of a few exhibits, some fiberglass dinosaurs and a climbing wall. Hovind failed to secure a building permit for the park, and when he ran into problems with the tax authorities in 2009 it was seized. Since then, it has been "closed until further notice". 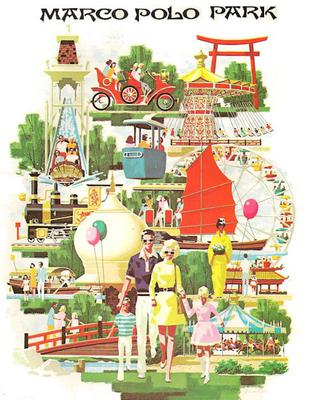 Marco Polo Park was located between Jacksonville and Daytona Beach. It was themed around explorer Marco Polo's travels through Europe and the Far East, and opened in 1970 - just ahead of Walt Disney World. Though it featured some fairly impressive recreations of exotic locations, the park was never profitable. It closed in October 1974, and was largely destroyed by two arson attacks in 1975. Though it reeopened later that year as Passport to Fun World, it closed for good the following year.

"Let's take a look back at 10 Florida theme parks that have been shuttered since the 1960s."

umm.... not really. Most of these were open waaaaaay later than that.

Fun n wheels was also a fun place to visit the water slide was kind of scary as a kid going on it but the Ferris wheel and bumper boats were the best rides out there. Whatever happened to that place anybody know?

I remember visiting an odd little park near Venice called Floridaland. It combined some tropical elements, a Wild West town, a dolphin show, and other random set pieces. It billed itself as having everything you came to Florida to see. Even as a kid, I was underwhelmed. But I loved Six Gun Territory!

I remember visiting an odd little park near Venice called Floridaland. It combined some tropical elements, a Wild West town, a dolphin show, and other random set pieces. It billed itself as having everything you came to Florida to see. Even as a kid, I was underwhelmed. But I loved Six Gun Territory!