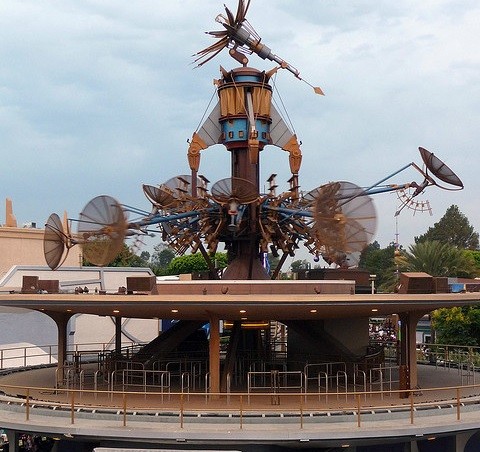 As a general rule, Disney takes much better care of its attractions than most other theme park operators. It is obsessive about clearing its parks of trash, and paintwork and other decorative elements are usually spick and span.

But what about when an attraction has reached the end of its useful life? Sometimes, they are dismantled and packed away neatly to make room for new additions. Other times, though, they are simply abandoned and left to rot. Here are 8 examples of attractions that have been left in place after closing.

8. The New Global Neighborhood at Epcot 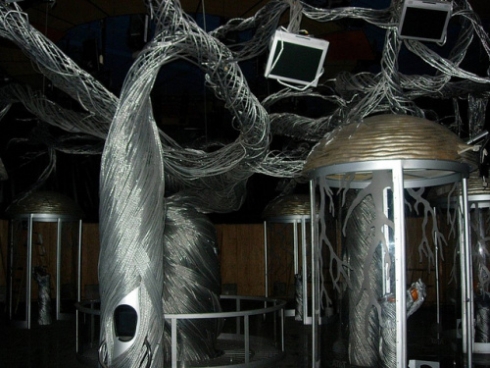 AT&T was the sponsor of Epcot's Spaceship Earth for some 20 years, between 1984 and 2004. In 1994, along with Disney, the company decided to give it a major overhaul. Many of the dark ride's scenes remained unchanged, but those showing current and future communications technologies were updated. The post-show was also changed, from "Earth Station" to "AT&T's Global Neighborhood". This featured hands-on exhibits designed to showcase AT&T's communications expertise.

Ahead of the new millenium, the old exhibits were removed and replaced by an enormous tree made of steel cable known as "The Network Tree". This was the star attraction of "The New Global Neighborhood".

When AT&T walked away from sponsoring the attraction in 2004, the New Global Neighborhood wasn't immediately removed. Instead, it was left in place and boarded up. 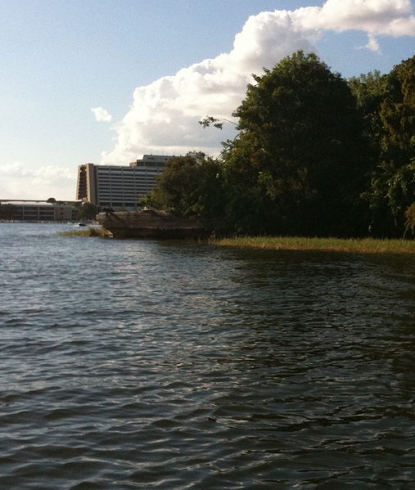 6. The Food Rocks! stage at Epcot

Kitchen Kabaret has to be one of the most unusual Disney attractions of all time. It was essentially a Vaudeville-style show featuring singing food items, and was designed to teach kids about the four food groups. It operated in the Land Pavilion at Epcot for 12 years before being replaced by the similar Food Rocks, which itself closed for good in 2004.

Eventually, Soarin' occupied some of the space that was used for Food Rocks. However, according to Modern Mouse Radio, the actual stage was left in place and hidden by walls. Even the animatronic figures are said to be resting just beyond your reach as you queue for the flight simulator ride.

5. The Original ImageWorks at Epcot 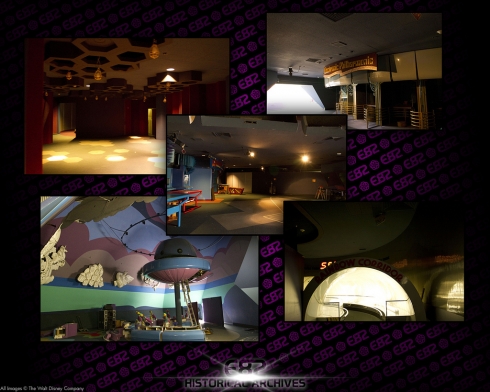 The abandoned ImageWorks as seen in 2011.Image: E82 - The Epcot Legacy (used with permission)

The original Journey to Imagination attraction at Epcot was very popular. After disembarking, guests were sent through the post-show ImageWorks area. This hosted a variety of games and hands-on exhibits, such as Magic Palette (a digital drawing station), Lightwriter (using lasers to write and draw) and Bubble Music (a projection that moved in time with sounds). The most famous of these was the Rainbow Corridor, which assigned a color to each guest and followed them throughout.

When the ride underwent a major refurbishment in 1999 (a move that was incredibly unpopular among fans of the original), ImageWorks was closed. It was left largely intact, being used for storage and special events.

I think they should open up some of the abandoned attractions and allow people to go in. I would love to photograph and see how time and mother nature has taken over.

Body wars has since been completely gutted and is used as a massive storage bay for food and wine.

The food rocks stage is still there, but the animatronics are gone.

I just finished my college program in January. ImageWorks looks the same as in those pictures, just a bit creepier cause some workers have been up there or something. The Rainbow corridor is still there though, just isn't colorful anymore. The EPCOT VIP lounge is there, they use it for training and whatnot. Great article! I really enjoyed reading it!